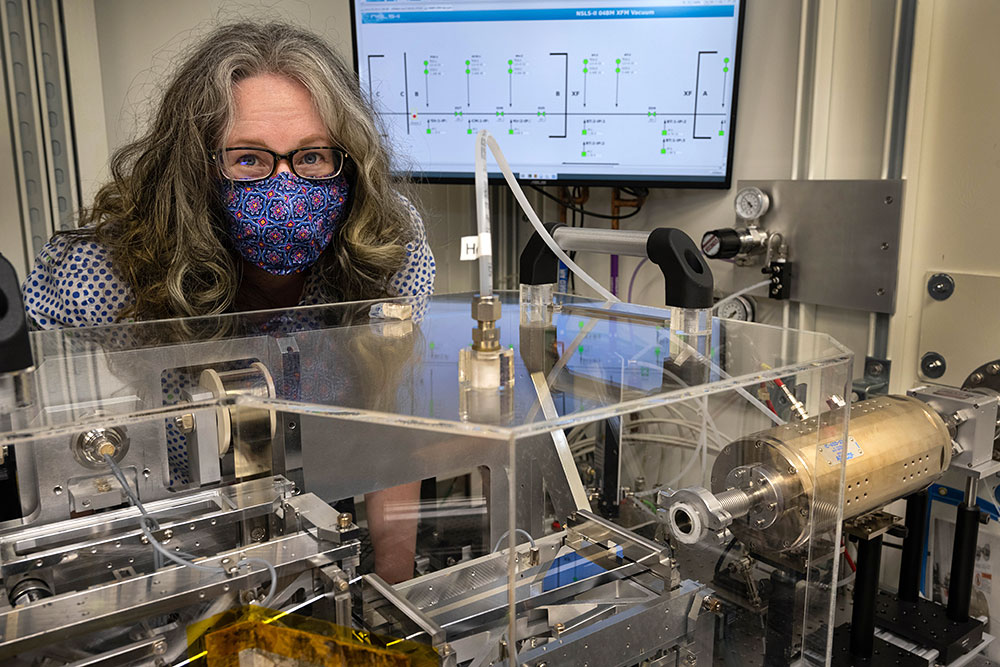 On this day 35 years ago, an accident at the fourth reactor of the Chernobyl Nuclear Power Plant created one of the worst nuclear disasters in history. As the reactor core melted, it generated a large amount of highly radioactive materials. Today, scientists continue to research those materials to determine the best methods of containment and cleanup.

In a recent study published in the Journal of Materials Chemistry A, scientists at the University of Sheffield characterized the chemical makeup of a specific nuclear material found at Chernobyl, called lava-like fuel-containing materials (LFCMs). These materials, which are comprised of nuclear fuel and melted reactor components like stainless steel and concrete, behave like natural lava, solidifying to form a complex, highly radioactive glass-ceramic. While research has been conducted on LFCMs before, the level of detail those analyses could provide was significantly limited due to the challenges of handling these radioactive materials.

In order to conduct a more detailed analysis on the chemical makeup of LFCMs, the researchers at Sheffield used the University’s HADES facility to synthesize new materials that simulated actual LFCMs at Chernobyl but were far less radioactive. 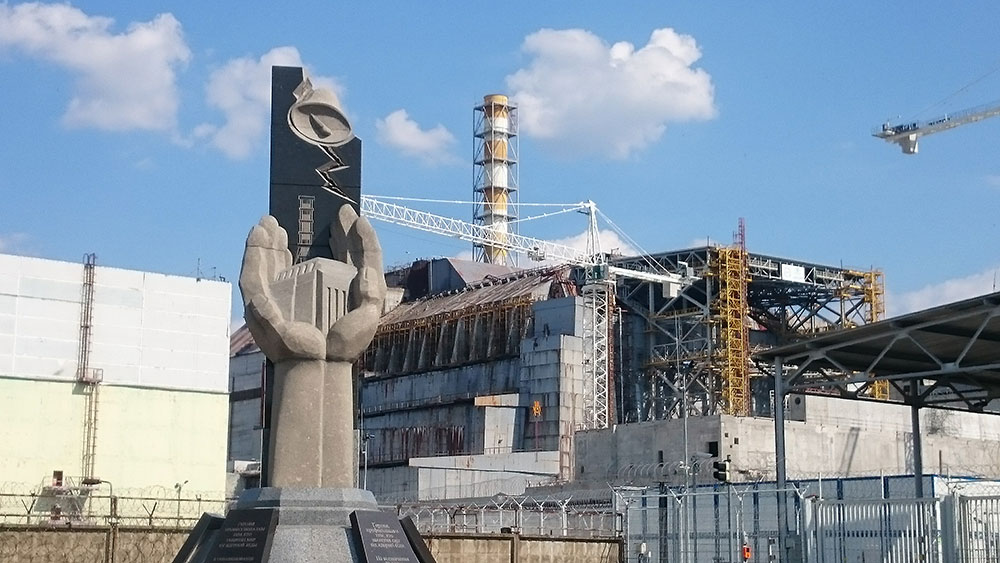 The University of Sheffield team captured this photo during a visit to Chernobyl in 2016. Photo courtesy Claire Corkhill.

“Although these simulants are not exactly the same as the real LFCM, by recreating the synthesis conditions in the laboratory, we have developed a very close approximation,” said Claire Corkhill, principle investigator of the study. “This opens up a world of possibilities to develop a deeper understanding of these materials, one which has not been previously possible due to the high levels of radioactivity. This is a necessity for developing cleanup technologies for the ongoing decommissioning operations at Chernobyl.”

Once the scientists confirmed their synthesized materials closely matched the composition of LFCMs, they then brought the samples to two synchrotron light sources, probing the materials with intense x-rays to illuminate their chemical makeup at the atomic level.

At the National Synchrotron Light Source II (NSLS-II)—a U.S. Department of Energy (DOE) Office of Science User Facility at DOE’s Brookhaven National Laboratory—the researchers used the advanced capabilities of the X-ray Fluorescence Microprobe (XFM) beamline to investigate the local chemistry around individual uranium atoms, determining what other elements uranium bonded to and what compounds they formed. XFM is a “multimodal” experimental station that couples different techniques, such as imaging, spectroscopy, and diffraction analysis for detailed studies on the chemical and local structure of materials at the microscale, and it also offers an adjustable x-ray beam spot size.

Beamline scientist Sarah Nicholas is pictured at the XFM workstation, where researchers control the experiment running at the beamline. The data images on screen illuminate the distribution of different elements in a scientific sample.

“By using a micro-focus approach that integrates imaging with spectroscopy and diffraction analysis, we were able to develop a highly detailed dataset that yielded rich chemical information,” said Sarah Nicholas, a beamline scientist at XFM and a coauthor of the study. “This approach is also safer than other methods of probing nuclear materials because we can focus the x-ray beam down to a small enough size that enables us to collect measurements on very small quantities of the radioactive material. For example, a beam size of two micrometers is about one-fiftieth the width of a human hair.”

The researchers conducted complementary x-ray experiments at the Paul Scherrer Institute’s Swiss Light Source to further investigate the different oxidation states of uranium and to identify the complex range of minerals that exist within the lava.

“Uranium exists in multiple oxidation states in the natural environment, and the dominant forms are uranium(IV) and uranium(VI). Uranium(IV) compounds don’t easily dissolve in water, and thus are considered to be more stable and less mobile in the natural environment,” Nicholas said. “Uranium(VI) compounds, on the other hand, tend to be water soluble and thus mobile in the environment, potentially migrating to surface water or groundwater resources used for human consumption.” 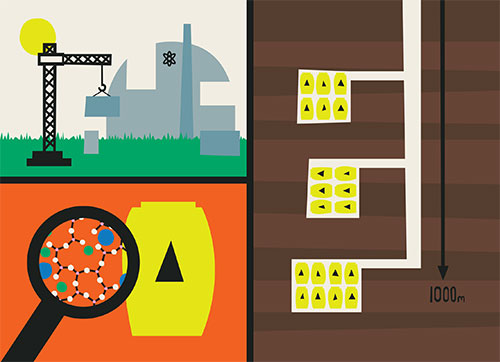 Corkhill added, “Understanding the oxidation state of uranium is key. The corrosion of the lava materials, due to interaction with rain droplets falling through the roof of the reactor building and from condensation, has resulted in the oxidation of uranium, forming hazardous alpha particle-containing dust that is easily dispersible during the clean-up operation. These results help us to understand this corrosion process.”

The combination of experiments conducted at NSLS-II and the Swiss Light Source led the researchers to determine that their synthesized forms of LFCMs contained uranium(IV), but while some uranium was bound to oxygen atoms as an oxide, other uranium atoms were bound to silicates. Because oxides and silicates have very different properties, this important finding informs scientists how elements in LFCMs could react and potentially escape to the environment.

Understanding the precise chemical makeup of LFCMs helps researchers suggest better containment and cleanup strategies for Chernobyl, but the research has more widespread impact as well. By successfully demonstrating their methods of material synthesis and x-ray analysis for studying nuclear fuels, the researchers have paved the way for improved research on related nuclear materials assessments, including long term storage.

With almost 29,000 of the brightest students from over 140 countries, learning alongside over 1,200 of the best academics from across the globe, the University of Sheffield is one of the world’s leading universities. A member of the UK’s prestigious Russell Group of leading research-led institutions, Sheffield offers world-class teaching and research excellence across a wide range of disciplines. Unified by the power of discovery and understanding, staff and students at the university are committed to finding new ways to transform the world we live in. Sheffield has six Nobel Prize winners among former staff and students and its alumni go on to hold positions of great responsibility and influence all over the world, making significant contributions in their chosen fields. Global research partners and clients include Boeing, Rolls-Royce, Unilever, AstraZeneca, GlaxoSmithKline, Siemens and Airbus, as well as many UK and overseas government agencies and charitable foundations.