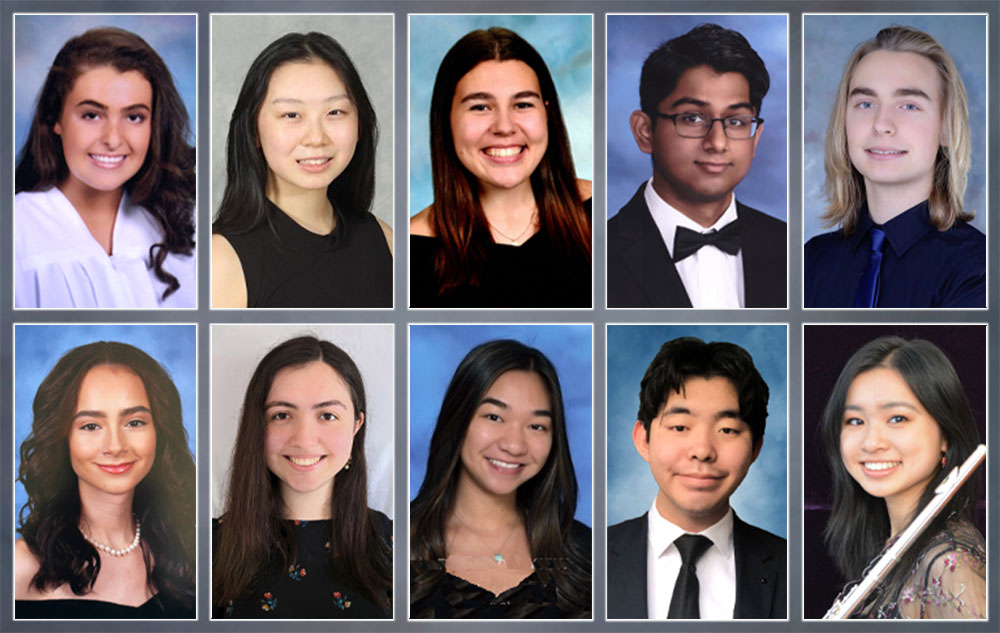 Brookhaven Science Associates (BSA), which manages Brookhaven Lab for the U.S. Department of Energy through a partnership between Battelle and Stony Brook University, has announced the 2021 BSA Scholarship awardees. These annual scholarships are awarded to children of employees and retirees at the Lab—a longstanding tradition that began at Brookhaven in 1965.

Brookhaven Lab Director and BSA President Doon Gibbs said, "BSA is recognizing these students for their remarkable academic achievements, school and community activities, leadership, and creativity. As they take their next steps toward the future, they have much to be proud of and excited about. I congratulate each of them and their families."

Each BSA scholar is a high school senior who will receive $2,500 per year for up to four years of study at the college or university of his or her choice. The BSA scholars who are admitted and enroll as full-time students at Stony Brook University receive a matching scholarship from the university. International Scholarship and Tuition Services (ISTS) administers the BSA Scholarships. Winners are selected by an independent scholarship committee that reports to ISTS.

The 2021 BSA Scholarship awardees are:

Kerriann Campo is the daughter of Stephen Campo in the Laboratory Protection Division. She lives in Rocky Point and will graduate from Rocky Point High School. She will attend Fairfield University as a member of its Magis Honors Program to major in nursing for a career as a nurse practitioner.

Jodie Cui, who lives in Miller Place and will graduate from Miller Place High School, is the daughter of Yonggang Cui in the Nonproliferation & National Security Department. She will attend Stony Brook University, major in mathematics, and is working toward a career in medicine.

Jenna Forestiero lives in Centerport, attends Harborfields High School, and is the daughter of Suzanne Forestiero of the Human Resources Directorate. She will attend the University of Connecticut to major in biological sciences.

Animesh Ghose of Stony Brook is a senior at Ward Melville High School and the son of  Sanjit Ghose at the National Synchrotron Light Source II (NSLS-II). He plans to major in mathematical sciences at Carnegie Mellon University.

William McGowen Dunlop is the son of James Dunlop in the Physics Department. He lives in Miller Place and attends Miller Place High School. He will pursue a Bachelor of Music in oboe at the Juilliard School to pursue a career in music.

Alexa Rind—daughter of Ofer Rind in the Physics Department—lives in Huntington Station and attends Huntington High School. She will attend the University of Michigan to major in political science.

Sofia Stacchiola lives in South Setauket and attends Ward Melville High School. Her father, Dario Stacchiola, works at the Center for Functional Nanomaterials. She will attend Cornell's College of Arts and Sciences to major in American studies.

Katherine Tian is the daughter of Yuke Tian at NSLS-II and Zaiwen Gong in the Collider-Accelerator Department. She lives in Stony Brook and will graduate from Ward Melville High School. She will attend Princeton University to major in computer engineering for a career in that field.

Shuping Wang, who lives in Mount Sinai and attends Mount Sinai High School, is the son of Yongjun Li at NSLS-II. He will work toward a career in artificial intelligence.

Peggy Yin of Port Jefferson attends Earl L. Vandermeulen High School. She is the daughter of Weiguo Yin in Condensed Matter Physics & Materials Science. She will attend Harvard University to major in neuroscience and computer science for a career as a cognitive neuroscientist.