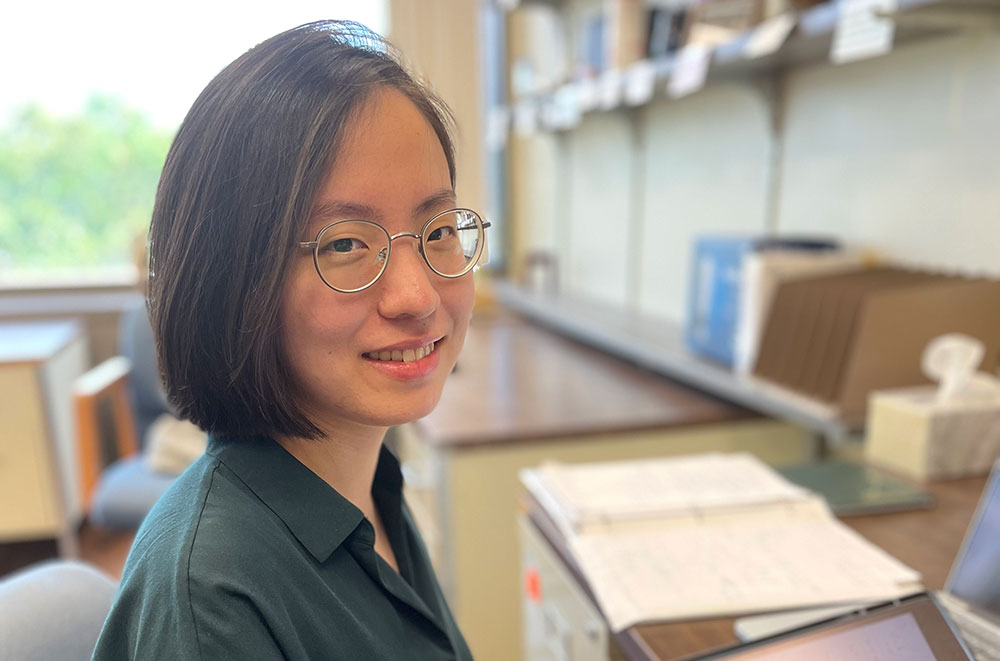 Stony Brook University (SBU) graduate student Yanzhu Chen has been named the winner of the 2021 Gertrude Scharff-Goldhaber Prize, consisting of $3,000 and a certificate. Partially funded by Brookhaven Science Associates (BSA), the company that manages Brookhaven National Laboratory for the U.S. Department of Energy’s Office of Science, the award was established in 1992 by Brookhaven Women in Science (BWIS), a nonprofit organization that supports and encourages the advancement of women in science.

The award ceremony will be held online on Thursday, July 29, at 4 p.m. (see below for meeting link). Chen will give a talk titled, “Characterization of Near-Term Circuits in Quantum Computing,” followed by a question and answer session. This online event is free and open to the public.

Chen received a Bachelor of Arts in Science and a Master’s in Science from the University of Cambridge. Under the tutelage of Wei in the Quantum Information Science Group at SBU, Chen researched how topology in condensed matter physics can assist in quantum computing and started working on near-term applications as well.

Chen is the recipient of other awards, including the Cambridge Overseas Trust Scholar and the Davies Senior Scholarship, both of University of Cambridge. She received the Junior Researcher Award from the Institute for Advanced Computational Science at SBU.

Their support, and this year’s donors, enable BWIS and the Laboratory to attract, develop, and retain a diverse and inclusive workforce in the pursuit of world-class science.