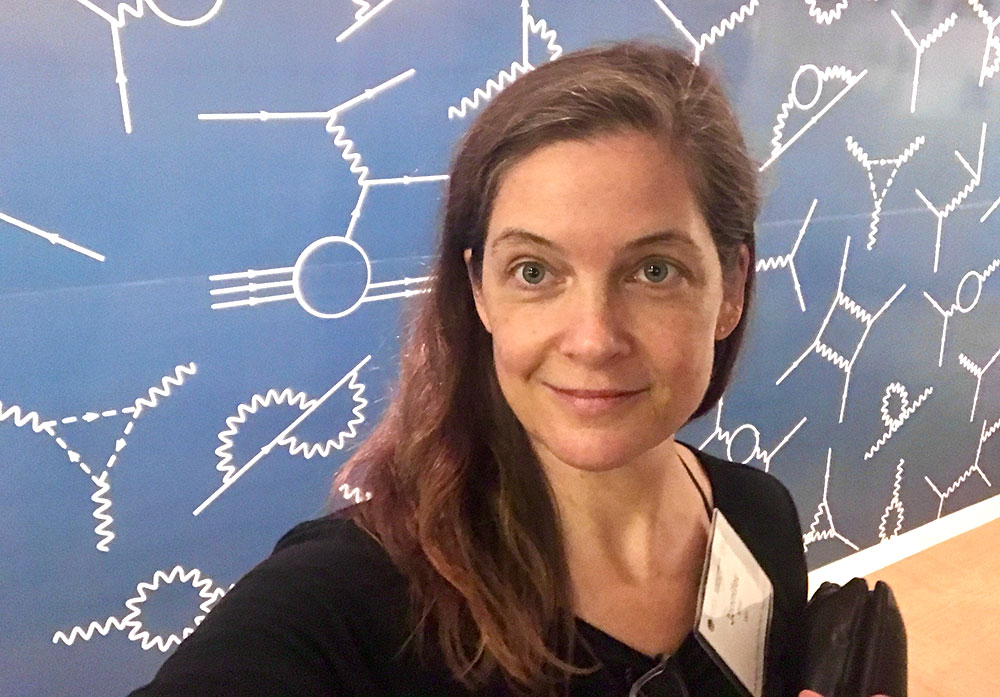 I am an early career theoretical particle physicist working on EIC related research, primarily on fundamental quantum chromodynamics (QCD) effects—the effects that quarks and gluons can have in nucleons (protons and neutrons) and in nuclei. My EIC work makes use of the incredible power of this future collider to probe the structure and behavior of matter and the forces of nature at some of the smallest scales. Together with wonderful colleagues, I work with simulated EIC collision debris to discover, for example, how the neutron gets its spin.

In addition, I am one of six co-founders of the EIC Early Career Workshop to promote EIC related research by graduate students and postdocs. Our first annual workshop, in July 2021, was a great success. Two days of excellent talks, all by early-career scientists, and interactions with a group of 120 people.

My theoretical work with diquark structures in nuclei led to a 2020-2021 EIC Center@JLab postdoctoral fellowship, which in turn led to many connections and collaborations between my work and EIC physics. I am greatly indebted to the EIC Center @JLab as it opened so many doors for me.

The EIC is a new window into the universe itself. There are big and small questions to be answered: Where does the proton mass come from? How do particles and fields spin? How do spins combine? Why do quarks behave differently when they are in a single isolated nucleon (proton or neutron) compared to when they are in a larger nucleus?

The last question is the small one. If I find out that two quarks sticking themselves together can also stick two nucleons together—which purports to solve a perhaps small experimental/theory discrepancy from 1983—what is that going to do? When students ask me, what use is my work going to have, I tell them I don’t know (and then I tell them unlikely but true stories in physics!).  It is very, very, very difficult to predict where the next huge leap in physics will come from. Often it comes from people studying things that interest them very much, in a very deep way.

As an example, studies that started in the 1800s to understand how objects absorb heat and light and then re-emit that energy led, over many years, to the discovery that light exists not just as waves, but as quantized energy particles called photons—and ultimately the birth of quantum mechanics. Another example: way back in the day (1800s again!), a scientist happened to notice that a magnetic compass needle jumped when electrons began moving nearby. That’s it, a needle jumped a tiny bit when two separate experiments were next to each other—an electric current experiment and a magnetic one. But it caught their curiosity. And from that curiosity, we found that electricity and magnets were two components of the same force of electromagnetism, which today is essential to a huge amount of modern technology. But had you asked the scientist who saw the compass needle shift what good was going to come from that observation, he couldn’t have answered.

At the heart this is just human curiosity. That is what’s driving thousands of us to devote our time, our thoughts, our efforts, and our hearts to this next generation collider. I have many ideas of what may be found at the EIC, but I imagine that what we will see in the collisions will transcend what we imagine today.

I hope to learn how individual quarks behave in nuclei bigger than the nucleus of heavy hydrogen. I want to know if my ideas on why the quarks behave differently in a nuclear environment are correct. Also, I want to know which of the quarks and gluons are making the neutron spin to be 1/2. I want to know if the diquark—my favorite configuration of quarks—is formed between nucleons and within them. It should diminish the spin contribution of valence quarks in nucleons and affect the confinement of color charge in three-quark objects like the proton and the neutron. There could be implications for understanding neutron stars, for the possibility of even denser stars like quark stars (which are theoretical objects at this point!), and for the very early universe, close to the hot dense Big Bang.

The EIC’s forward tagging capability will allow us to tag protons and neutrons that were not directly involved in a high energy deep-inelastic scattering collision. This "spectator tagging" is critical when we study the neutron—for example, when we are looking at all the components making up the neutron spin.

What is the biggest software or data challenge you expect to face in your EIC research?
My challenges are different from my experimental colleagues' challenges, who do the heaviest lifting in this arena. This is very different from my earliest days, when I started in astrophysics as part of the ground support team for x-ray astronomy satellites. There was a whole branch of research and funding for software—what was necessary for the calibration of the instruments, the pipeline software that takes raw data from the telescope and turns it into a file that scientists can analyze, and the software needed to run the analyses. At the EIC, others will be sorting out the challenges and optimizing the software. I’ll be more involved in the interpretation of the data, not at the analysis level. So, I probably won't face many challenges in this area because of the theoretical nature of my work.

Well, I’m in love with physics and with the solidity of mathematics. Very early on, I wanted to be a pediatrician and I did volunteer work at Children’s Hospital in Oakland while going to community college. I remember walking through a ward with tiny babies in incubators during volunteer orientation and knowing this was correct for me (I could feel it physically in my chest). But I stumbled into physics while taking pre-medical courses and, to my infinite surprise, there was something even more correct for me. What most excites me is the pleasure of figuring things out, of wondering, of finding surprising answers, of being able to describe what I’ve done with mathematics. People can have legitimate doubts about my assumptions, my starting points, or even about my methodology—but the entire process is repeatable and trustworthy. For me, community input and discussion are brilliant and wonderful and clarifying and necessary—this is what science does. But Nature has the final say—it is right or it is wrong according to the laws of Nature. And I love that. It is out of human hands.

Lots of books, a pale pink lamp, a big microphone. My tablet and electronic pencil are always next to me, a laptop and a desktop in front of me (with zillions of folders on the virtual desktops!).

Full-tilt improvisational (as in jazz, not stand-up comedy).

I find that riding my bicycle or walking or lifting weights at the local YMCA are very good for clearing my mind and helping me to feel better. Especially because the last year and a half have been so worrisome, on a very deep level. I finished my Ph.D. in December 2019 but during the Ph.D. I would paint in oils, giant canvases that I built myself. That was very calming. Since I moved to Berkeley for my postdoc, my easel and the canvasses have been in storage near Los Angeles. But I will come back to it. I love mixing paints and trying to make beautiful colors. Also, I have old novels that I drag around with me everywhere, and old psychoanalytic/philosophy literature, that I read and re-read on a near daily basis. Little passages from these old friends make me feel anchored and good.

Brookhaven National Laboratory is supported by the U.S. Department of Energy’s Office of Science. The Office of Science is the single largest supporter of basic research in the physical sciences in the United States and is working to address some of the most pressing challenges of our time. For more information, visit https://www.energy.gov/science.