How to Train Your Magnet 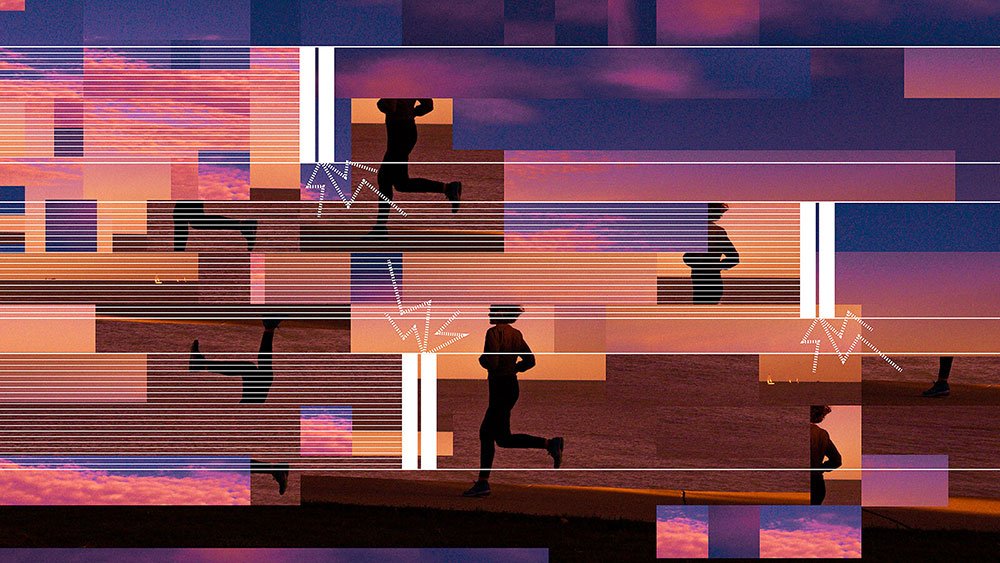 When training for a marathon, runners must gradually ramp up the distance of their runs. They know that their runs in the early days of training do not define what they will one day be capable of; they’re building a strong foundation that will help them reach their full potential.

The car-length magnets that steer particles around the Large Hadron Collider go through a similar process. Scientists must push them to their limits, time and again, until they can handle enormous amounts of electrical current.

“These magnets are great marvels of engineering,” says scientist Kathleen Amm, director of the Magnet Division at the US Department of Energy’s Brookhaven National Laboratory in New York. “But one thing we cannot do is put them straight into an accelerator. They have to be trained.”

Scientists, engineers and technicians at Brookhaven are now training magnets for an even more difficult task: directing and focusing particles in a next-generation accelerator, the powered-up High-Luminosity LHC at CERN. Luckily, these magnets can not only withstand the workout, but also gain the ability to carry even more current than before.

Using a new type of superconducting wire based on niobium-3-tin, Nb3Sn, the HL-LHC accelerator magnets will be able to conduct about 40% more electrical current than the previous iteration of magnets for the LHC. Each will carry about 16,500 amperes—roughly as much as a small bolt of lightning. The average laptop, for reference, uses less than 5 amperes.

LHC magnets are made from materials that are different from those used to make a laptop in an important way: They’re superconducting. That means they can carry an electrical current without losing any energy. They don’t produce any heat because they have zero electrical resistance.

But there’s a catch: Both the old and new LHC magnets obtain the property of superconductivity only when cooled to extremely low temperatures. Inside the LHC, they are kept at 1.9 kelvin (minus 456.25 Fahrenheit), just above absolute zero.

Even that is not always enough: A tiny imperfection can cause a magnet to suddenly lose its superconducting properties in a process called quenching.

“A quench means that a portion of the superconductor becomes normal,” says scientist Sandor Feher, who oversees HL-LHC magnet testing and training. “Its temperature starts to rise, and this heat spreads to other parts of the magnet.”

But this overheating does not always spell disaster. During magnet training, controlled quenches induce helpful structural changes on the microscopic level that improve a magnet’s performance.

The anatomy of a magnet

When he was 12 years old, Martel Walls won a local art competition with a detailed and realistic drawing of a courthouse in Bloomington, Illinois. “My drawing ended up inside the courthouse,” he says. “Ever since then, I knew I wanted to work in a field that would take advantage of my eye for detail and steady hand.”

Walls’ eye for complex forms eventually led him to his job as lead technician in charge of magnetic coil development at Fermi National Accelerator Laboratory in Illinois, where teams both produce and test magnets bound for the HL-LHC.

The magnets Walls and his team are assembling consist of 450 meters (about 1480 feet) of Nb3Sn superconducting cable wound around two interlocking support structures. The coils are about 4.5 meters (almost 15 feet) in length. Every centimeter of cable is inspected both before and during the winding process.

The coils are then heated up to 665 degrees Celsius (1229 degrees Fahrenheit) over an 11-day heat cycle; a process which transforms the ordinary niobium-tin cable into a superconductor, but also makes it incredibly brittle. “It becomes as fragile as uncooked spaghetti,” Walls says.

Handling them as gently as possible, technicians solder more components onto the coils before soaking them in epoxy. The final coils are shipped to Lawrence Berkeley National Laboratory in California, where multiple coils are fitted together and then wrapped in a strong steel casing. They are then shipped to Brookhaven to begin their training regime.

When the Brookhaven test team connects the magnets to electricity, the coils push and pull on each other with enormous forces due to the high magnetic fields.

Even a tiny movement on the order of just 10 to 20 microns—about the width of a human hair—can be enough to generate a quench.

Early on, engineers realized that a well-built magnet could remember these microscopic movements. When an unstable component shifts into a more comfortable position, the component then normally stays put. The result is a magnet that is sturdier the next time it powers up.

During training, scientists and engineers gradually increase the electrical current circulating in the magnet. If any portion of the magnet is going to move or release energy, it does so in a controlled laboratory setting rather than a hard-to-access subterranean accelerator complex.

Magnet training at Brookhaven begins by immersing the magnet in a bath of liquid helium. Once it’s cooled, the test team introduces and gradually increases the electrical current.

As soon as there’s a quench, the electricity is automatically diverted out of the magnet. The liquid helium bath evaporates, carrying with it the heat of the quench. After each quench, the helium is recollected to be reused, and the process starts again.

“Our goal is three quenches per magnet per day,” Feher says. “We start around 5 or 6 in the morning and work in shifts until 6 or 7 in the evening.”

Little by little, the Brookhaven test team exposes the magnet to higher and higher currents.

“During magnet R&D, we might see 50 to 60 quenches,” Amm says. “When we go into production, the goal is to see a minimum number of quenches, around 14 or 15, before we get to the desired field level.”

Once training is completed—that is, the magnet can operate at the desired current without quenching—it is shipped back to Fermilab for further outfitting and testing. The final magnets then will be shipped to CERN.

According to Amm, designing, building and preparing magnets for the LHC’s upgrade is more than applied physics: It’s a form of craftsmanship.

“That’s where the art comes in along with the science,” she says. “You can do so much science and engineering, but ultimately you have to build and test a lot of magnets before you understand the sweet spot.”