In celebration of Dark Matter Day, three scientists from Brookhaven National Laboratory will answer audience questions about dark matter and dark energy during a live event streamed to YouTube, Facebook, and Twitter 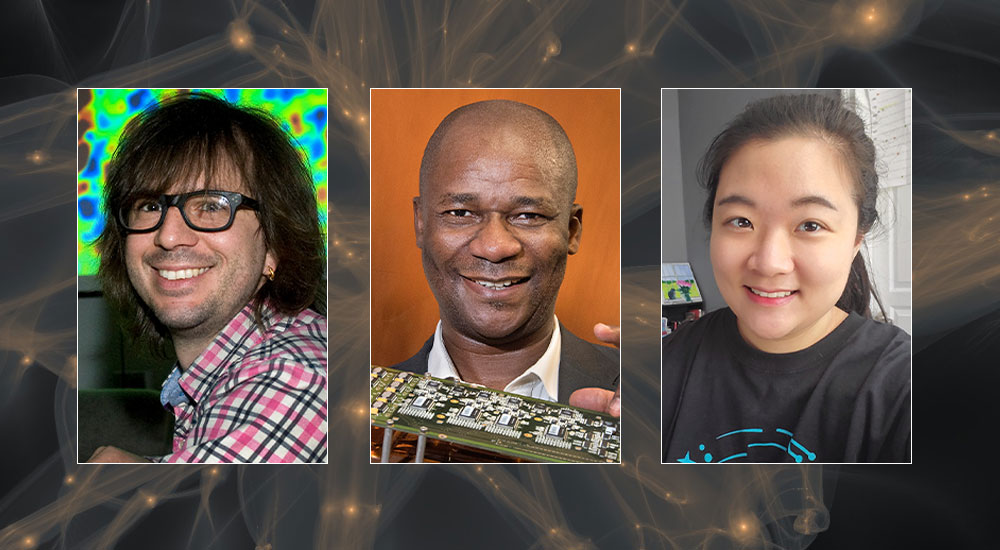 On and around October 31, science institutions around the world celebrate the hunt for dark matter (and dark energy) during the Interaction Collaboration’s Dark Matter Day. This year, the U.S. Department of Energy’s Brookhaven Lab is joining the celebration by hosting a live Q&A session on Thursday, October 28 at 12 p.m. ET. The event will be streamed to YouTube, Facebook, and Twitter.

Three Brookhaven scientists will discuss what scientists currently know about dark matter, what questions remain, and the initiatives Brookhaven Lab is taking to find answers. Throughout the event, the Brookhaven panel will answer questions from the audience in real time. The panel includes Anže Slosar (leader of Brookhaven’s cosmology and astrophysics group), Ketevi Assamagan (Brookhaven physicist conducting research at CERN’s Large Hadron Collider and organizer of the African School of Fundamental Physics and Applications), and HyeYun Park (Brookhaven postdoc working with the Rubin Observatory).

Live questions will be accepted during the Q&A through the chat functions on all streaming platforms mentioned above. Viewers can also submit their questions about dark matter in advance by emailing LiveEvents@bnl.gov.