The following news release was originally issued by the Paul Scherrer Institute (PSI). Researchers at PSI and the U.S. Department of Energy’s (DOE) Brookhaven National Laboratory are among a team of researchers, led by the University of Sheffield, aiding the retrieval, storage, and disposal of debris from the Fukushima nuclear power plant by synthesizing and studying simulated debris. University of Sheffield researchers used multiple experimental techniques offered by the X-ray Fluorescence Microprobe (XFM) beamline at Brookhaven’s National Synchrotron Light Source II (NSLS-II) to investigate the local chemistry around individual atoms in the simulant material. XFM is a “multimodal” experimental station that couples imaging, spectroscopy, and diffraction analysis for detailed studies at the microscale. NSLS-II is a DOE Office of Science user facility. For more information on Brookhaven’s role in this research, contact Stephanie Kossman (skossman@bnl.gov, 631-344-8671).

Researchers from the Paul Scherrer Institute PSI, in a project led by scientists from the University of Sheffield, have developed a new simulation of the most dangerous radioactive debris from the Fukushima nuclear power plant. Their study could give an enormous boost to the cleanup effort. They are publishing their results today in Nature Materials Degradation. 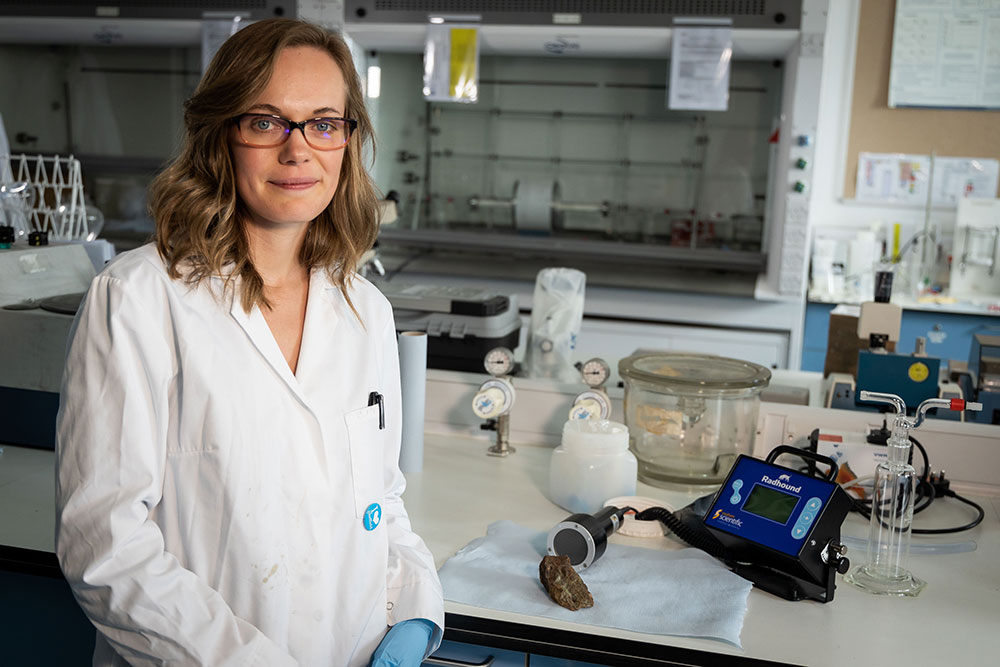 As they report in the journal Nature Materials Degradation, the scientists – led by Prof. Claire Corkhill from the Department of Materials Science and Engineering at the University of Sheffield in collaboration with researchers at the Swiss Light Source SLS – have developed a material simulating the extremely radioactive fuel elements in the reactors damaged in the 2011 Fukushima nuclear power plant disaster. It is the first study to investigate the fate of plutonium in the fuel element debris.

With the help of the simulant material, public authorities will now be able for the first time, almost 11 years after the disaster, to learn more about the chemical composition and mechanical properties of the debris and to develop safe strategies for its disposal.

The removal and safe disposal of the radioactive debris left behind in Fukushima's three reactors is considered one of the greatest challenges in the decommissioning process. As long as the fuel remains there, it must be cooled, which produces millions of cubic metres of radioactive water. This contaminated water is to be discharged into the ocean, a controversial prospect.

However, because the debris is so highly radioactive, it is too dangerous for humans, and even for some robots, to approach. As a result, very little is known about its chemical composition, slowing cleanup efforts and causing even more contaminated water to accumulate.

Moving ahead with help from robots and simulant material 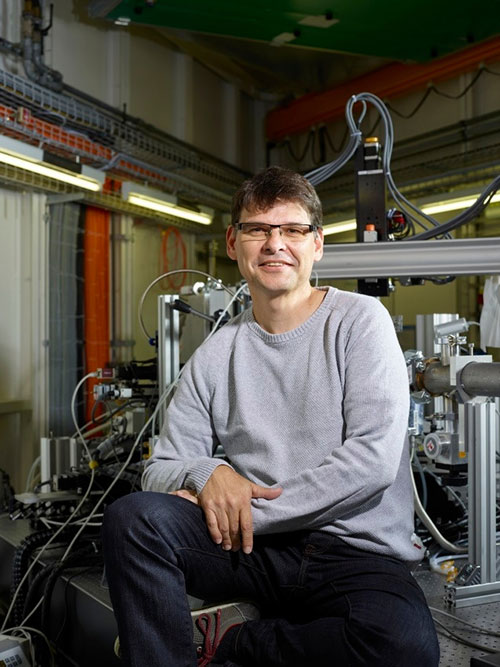 Thanks to the microXAS beamline at the Swiss Synchrotron Light Source SLS, for which Daniel Grolimund is responsible, the team was able to gain important insights into the radioactive debris at the Fukushima nuclear power plant. (Photo: Scanderbeg Sauer Photography)

The Tokyo Electric Power Company has now commissioned a robotic study of the debris in Reactor 1. This, together with the new simulant material developed by the Sheffield researchers, could contribute to a better understanding of the debris the disaster left behind.

"Using what is known about the materials within the Fukushima reactors – for example, the fuel, cladding, and concrete type, we were able to develop a recipe for the fuel debris." The researchers heated these materials to the extremely high temperatures experienced during the accident, thereby creating a low-radioactivity version that should correspond to the actual fuel element debris. "The examination of this material with the extremely bright X-ray microscopes at the Swiss Light Source made it possible for us to understand the potential distribution of plutonium within the fuel, which is of the utmost importance for the retrieval operations," says Daniel Grolimund, who is responsible for the microXAS beamline at SLS.

The simulant material was developed as part of a project funded by the Engineering and Physical Sciences Research Council (EPSRC) in collaboration with the Japan Atomic Energy Agency under the UK-Japan Civilian Nuclear Partnerships Research Programme.

The research led by Claire Corkhill at the University of Sheffield supports the debris retrieval process and will help to determine what to do with the material when it is retrieved. The results of the measurements carried out on the microXAS beamline of SLS are of central importance.

Text on basis of a press release by University of Sheffield