The Chemistry Division at Brookhaven National Laboratory and Brookhaven Women in Science (BWIS) are pleased to announce the recipients of the 2021 Joanna Fowler Award in the Chemical and Biochemical Sciences. The three recipients are Tiffany Victor Lovelace, Diana Lutz, and Maila Danielis, who will each receive a $3,000 award. They will be recognized at a virtual ceremony later this summer on a date to be announced.

Joanna S. Fowler is a former member of the Lab’s Chemistry, Medical and Biology Departments (1969-2014) and former leader of Brookhaven Lab’s Radiotracer Chemistry, Instrumentation and Biological Imaging Program. Fowler was a leader in developing radiotracers for biomedical imaging. She pioneered the application of radiotracers for noninvasive brain imaging in research that was aimed at understanding the mechanisms behind addiction. Among her accomplishments, she played a leading role in the development and use of fluorine-18-labeled 2-deoxy-2-fluoro-D-glucose (FDG) as a radiotracer for positron emission tomography (PET) imaging. FDG has since become a mainstay of PET imaging in medicine, particularly for cancer diagnosis.

In this inaugural year of the award, it is funded by the Chemistry Division, the National Synchrotron Light Source II (NSLS-II), and the Energy and Photon Science Directorate's Diversity, Equity & Inclusion (DEI) Council, as well as Brookhaven Science Associates. It is because of their generous support that three awards are possible this year. 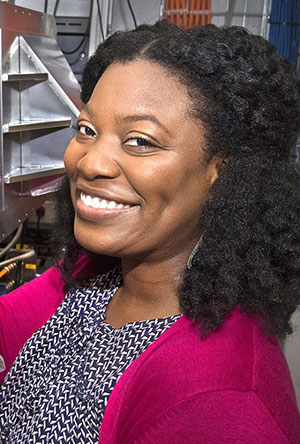 Tiffany Victor-Lovelace is an Assistant Scientist in the Imaging and Microscopy Group at NSLS-II. Previously, she was an NSLS-II Directors Postdoctoral Fellow. Victor-Lovelace specializes in the utilization of a wide range of X-ray microscopy and spectroscopy techniques to study biological systems. She obtained her Ph.D. in Chemistry from Stony Brook University (SBU) in 2018 working with NSLS-II’s Lisa Miller. She currently works on developing Lanthanide Binding Tags (LBTs) to image proteins in cells and tissues using X-ray Fluorescence Microscopy. These tags will open new doors for X-ray bioimaging research in health, biomaterials, and bioenergy. She currently uses these tags to study aggregates of misfolded SOD1 protein mutants in a cell culture model of the neurodegenerative disease, Lou Gehrig’s disease. The LBTs are used to visualize these aggregates at the nanoscale to gain a better understanding of the protein’s metal composition—which is essential for its function—and to see how it varies across different mutations in the disease. In the future, these LBTs can be used to image a wide range of proteins within the cell at a resolution of 10 nanometers.

Victor-Lovelace’s other research projects focus on understanding the nutrient distribution in the rhizosphere of plant-fungi symbiotic systems and elucidating the role of copper in Cerebral Amyloid Angiopathy. She is passionate about science education, and DEI in research. She enjoys participating in science outreach and communication because it gives her the opportunity to interact with and inspire other young scientists and the wider public. 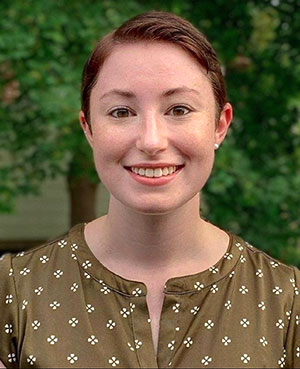 Diana Lutz is a Ph.D. candidate and a National Science Foundation Graduate Research Fellow in the Chemistry Department at SBU. In 2017, she received her B.S. in Chemistry from Elmira College in New York. At SBU, Lutz studies under the guidance of SBU-Brookhaven Lab joint appointee Esther Takeuchi, Kenneth Takeuchi, and SBU-Brookhaven Lab joint appointee Amy Marschilok, where her research focuses on the synthesis and advanced characterization of novel materials and electrolytes for next-generation Li-ion batteries. She hopes her research can inform future advances in key technologies, such as electric vehicles and grid level energy storage. Independent of her research, Lutz has served on several committees at the university, focused on promoting DEI in STEM (science, technology, engineering, and math) fields and supporting early career researchers, in her department and as part of the Materials Research Society. 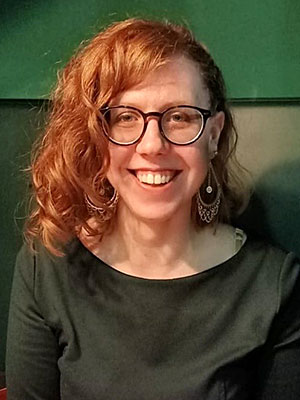 Maila Danielis is a researcher at the Polytechnic Department of the University of Udine (Italy), where she received her master’s degree in Chemical Engineering for the Energy and Environment in 2016. Since then, she carried out her research on innovative methods for the preparation of Pd/CeO2 heterogeneous catalysts throughout her Ph.D., and she successfully graduated in 2020 with a thesis on “Pd/CeO2 Methane Abatement Catalysts Prepared by Solvent-free Mechano-chemical Synthesis” under the supervision of Prof. Carla de Leitenburg, Prof. Alessandro Trovarelli and Sara Colussi.

During her Ph.D. studies, she visited the Catalysis: Reactivity and Structure Group in the Chemistry Department at Brookhaven Lab, to investigate in depth the peculiar structure of CeO2 based materials prepared by the dry milling route. The fundamental studies led at the Lab, in collaboration with the synchrotron facilities at NSLS-II, allowed the unravelling of unique Pd-Ce interactions at the catalyst surface which are key in CH4 and CO2 activation reactions. The goal of her research is to push the application of dry mechanical methods further towards the preparation of complex metal-metal oxide catalysts, aiming at generating new supported metal phases through a more sustainable synthesis method. In particular, she is interested in the application of the newly obtained catalysts in environmentally relevant reactions such as the abatement of noxious gases from stationary and mobile sources and their transformation into value-added feedstock chemicals.

BWIS is a nonprofit organization that supports and encourages the advancement of women in science and is open to all individuals. The organization is funded by Brookhaven Science Associates.