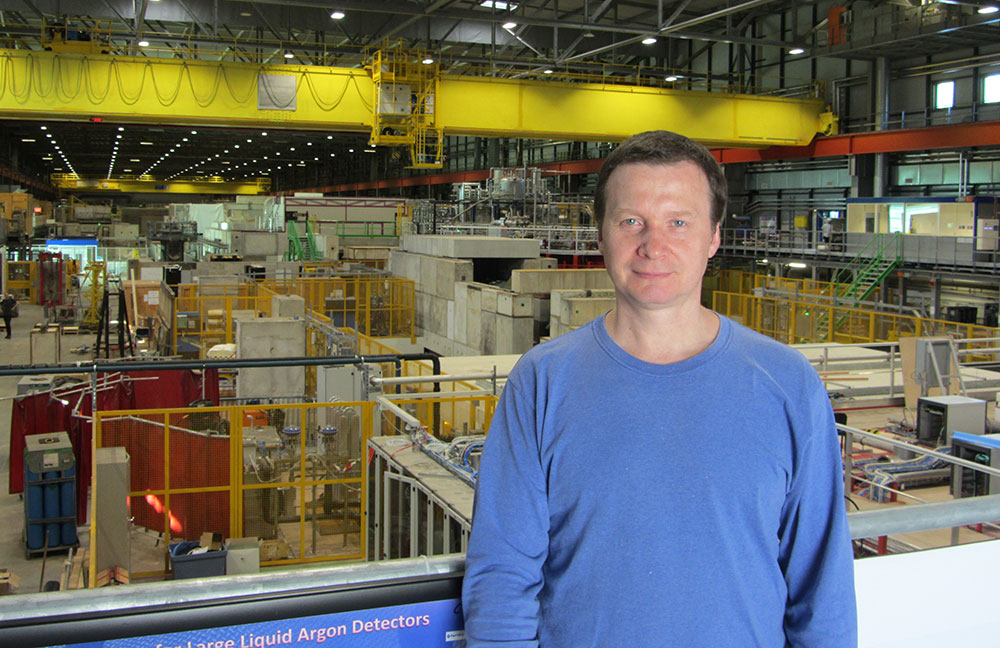 Nearly two decades ago, scientists measured the intrinsic magnetism of a subatomic particle called a muon. This precise result—achieved at the U.S. Department of Energy's (DOE) Brookhaven National Laboratory on Long Island—generated considerable interest within the particle physics community.

The measurement didn't match the value that theorists predicted.

Because of a statistical fluctuation? Or was this a hint of new physics to explore?

A more recent experiment at Fermilab—a DOE national lab located in the suburbs of Chicago—ruled out the possibility of a statistical blip. It also left the disagreement between theoretical predictions and experimental measurement unresolved, possibly guiding scientists to discover of new particle. And, while the experiment at Fermilab can't detect a new particle directly, measurements of the muon's magnetism could continue to point scientists toward one.

On Wednesday, May 25, join Vladimir Tishchenko of Brookhaven Lab for the 527th Brookhaven Lecture. His talk, titled "Probing New Physics by Precision Measurement of Muon Magnetism," will be held at 4 p.m. on Zoom.

During this talk, Tishchenko will introduce the muon and the muon g-2 experiment at Fermilab, which uses a storage ring from the previous experiment at Brookhaven. He will then describe Brookhaven's leadership in new measurements and theory as well as the future of muon g-2 studies.

Vladimir Tishchenko is a physicist who joined Brookhaven Lab in 2012. Fermilab recognized him with a prestigious Intensity Frontier Fellowship in 2017.

Before Tishchenko arrived at Brookhaven, he was a postdoctoral researcher and assistant research professor at the University of Kentucky. He earned a Ph.D. at the Joint Institute for Nuclear Research, Dubna, in 2003 and a master's in physics from Moscow Engineering Physics Institute in 1996.