More than Meets the Sky 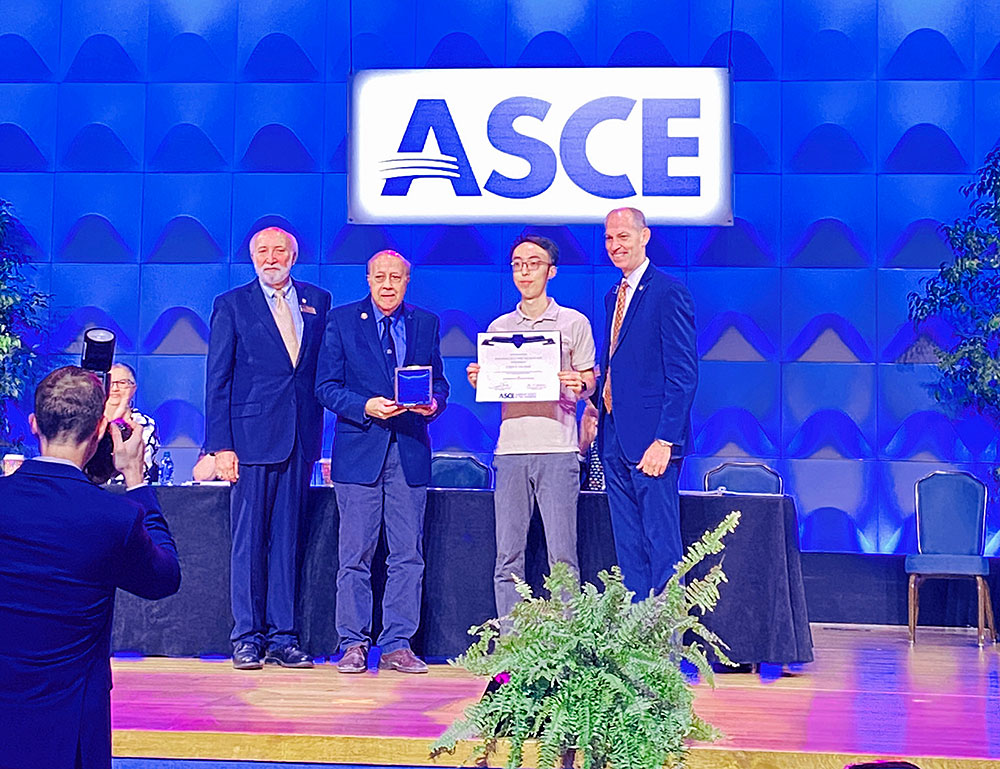 Xihaier Luo, a research associate in the Computational Science Initiative's Machine Learning Group, was honored by the American Society of Civil Engineers with its 2022 J. James R. Croes Medal. The work represents a merging of his interests in civil engineering and artificial intelligence, which he continues to build on at Brookhaven Lab.

Earlier this year, Xihaier Luo learned he would be honored by the American Society of Civil Engineers with its 2022 ASCE J. James R. Croes Medal. The award recognizes his novel work analyzing the aerodynamics of tall buildings. While forecasting the structural performance of skyscrapers may seem a world away from Luo’s current role as a research associate at the Department of Energy’s Brookhaven National Laboratory, it is emblematic of his open-minded approach toward solving big, complicated problems.

Luo with his co-author and doctorate advisor, Ahsan Kareem, Robert M. Moran Professor of Engineering at the University of Notre Dame, was presented with the Croes Medal during a ceremony at the ASCE Convention held this week in Anaheim, Calif. It is an important career milestone for Luo, especially as his degrees all are in civil engineering. Simultaneously, it does not seem to jibe with his present path in the Computational Science Initiative (CSI)’s Machine Learning Group, where he focuses on areas such as scientific machine learning, uncertainty quantification and stochastic modeling (also used to assess randomness/uncertainty)—things built more by digital zeros and ones rather than concrete and steel.

“Civil engineering makes people think of helmets, construction and getting dirty on job sites, and that is one type,” Luo explained. “However, there’s data mining and AI [artificial intelligence] in every field. It is a digitized world, and technologies are transferrable. You can find patterns or predict a model.”

Luo credited Kareem for giving him creative freedom while pursuing his doctorate. He was able to spend time learning outside of civil engineering, exploring new ideas in machine learning, deep learning and AI. This led him to realize that a computer science technique, dynamic mode decomposition (DMD), often used to extract dynamical features from flow data in a system, could be applied to studying bluff bodies, a three-dimensional square-shaped prism commonly used to represent tall buildings in experimental models. 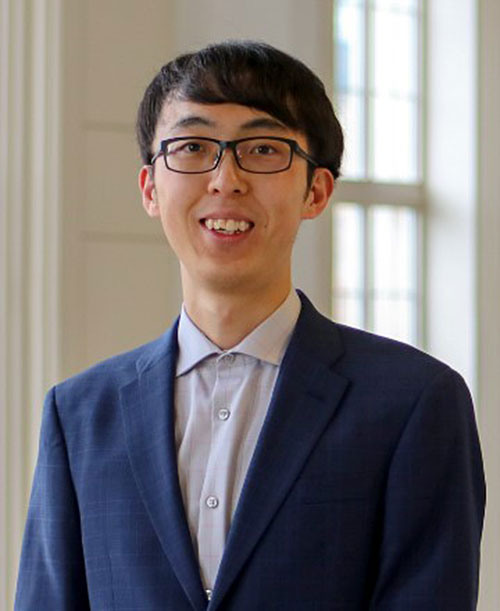 In the case of Luo’s ASCE award-winning paper, “Dynamic Mode Decomposition of Random Pressure Fields over Bluff Bodies,” the DMD technique was used to assess dynamic wind forces acting on tall buildings by recognizing patterns from air turbulence data, namely how frequency evolves in time and its impact on building design. Understanding air flow dynamics is how engineers determine the structural performance of tall buildings or the integrity of aircraft, such as how susceptible materials are to wind damage. The typical method for such examinations, known as proper orthogonal decomposition (POD), has limits, especially in mixing frequencies. Luo and Kareem compared DMD versus POD in their paper.

According to Luo, using DMD allowed him to assign frequencies a pattern, one per frequency. The work provided a first-of-its-kind method for identifying a turbulence pattern repeated and isolated in time. The value in knowing when a specific pattern will reoccur can offer a more accurate assessment of how pressure and dynamics impact aerodynamic features in structural models. Notably, Luo likened it to a “reverse smoothie,” where the components are already mixed. In this case, you want to separate the components in the smoothie ranked by the dominant ingredients: fruit, ice, yogurt—or, in the case of DMD, frequencies. Then, you want to see how each ingredient impacts the dynamics from one moment to the next.

Luo’s exploration in areas perhaps considered outside the scope of his civil engineering background forced him to “jump out of the zone and see what is going on in the world.” He agreed it also made pursuing a career at Brookhaven Lab a more interesting proposition. Today with CSI’s Machine Learning Group, he is working on weather prediction and climate assessing turbulence patterns to improve earth system models; using machine learning to analyze radiation treatment exposure effects on patients and biology gene expression; and providing data compression options for the cryo-electron microscope housed at Brookhaven’s Laboratory for BioMolecular Structure, which aims to view models and compress/store data at multiple stages of an experiment to make it more accessible and useful.

“For me, the national lab has large-scale problems that I can work on, more influential problems that I can help solve.” Luo said. “I definitely wasn’t sure I’d do this when I was in Year 1 of my Ph.D. program. After joining Brookhaven Lab, I’ve worked with a group of collaborators with diverse skillsets. Now, I am becoming a better coder and programmer. I encourage people to have a mindset that is willing to learn new things, even outside your field.”

Ultimately, earning the ASCE’s Croes Medal has only strengthened Luo’s resolve in keeping an open mind and making the most of the unexpected.

“I’m very happy that my work has been accepted by the community,” Luo said. “The review process was very long, but we finally got the award. I am excited, but it is not long lasting. There’s so much I keep learning about turbulence and other things I do not know enough about. There’s a long way to go. I have to remain humble and open to new techniques.”

“All of us at CSI congratulate Xihaier on receiving such a distinguished award from the ASCE. It is a great achievement,” added Shinjae Yoo, a computational scientist and CSI’s Machine Learning Group Lead. “Xihaier has been a welcome addition to our ML team, ready to take on many tasks. He is correct. There is much work to do. Yet, colleagues like Xihaier keep Brookhaven and CSI up to those challenges.”