Quantum Diaries, a website that offers a personal look at the lives of particle physicists from around the world, now includes news and views from the laboratories that host the scientific action. 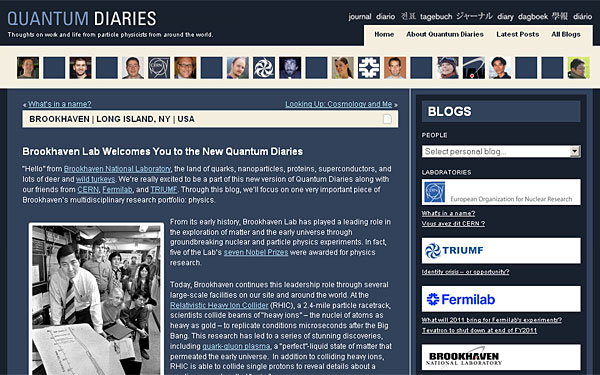 Through news stories, photos, and videos posted by members of Brookhaven’s Media & Communications Office, the Lab’s blog will cover everything from the study of quark-gluon plasma at the Relativistic Heavy Ion Collider to the exploration of dark matter and dark energy at the Large Synoptic Survey Telescope in Chile. Personal posts from Brookhaven scientists will stimulate the conversation.

Check out the first posts and feel free to comment!

Quantum Diaries is supported by an international group of particle physics laboratories through the InterAction Collaboration, of which Brookhaven is a member.