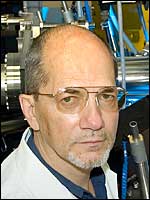 Ivan Bozovic is a leader in the field of epitaxy and nano-engineering of complex oxides, and is also renowned for his optical and Raman spectroscopy results. He is currently group leader for the Oxide Molecular Beam Epitaxy Group in CMPMSD. His seminal research continues to address some key open questions in high-temperature superconductor physics. His research accomplishments include the construction of an unparalleled next-generation molecular beam epitaxy oxide system, integrated with a 16-channel atomic absorption spectroscopy system for accurate real-time monitoring of atomic fluxes, as well as a low-energy electron microscope and a time-of-flight ion scattering and recoil spectroscopy system for in-situ, real-time, atomic-level monitoring of the film surface. Leveraging on this breakthrough in the apparatus, he has developed a technology to deposit atomically smooth films and multilayers of complex oxides. For his accomplishments, Bozovic was elected a Fellow of both SPIE and the American Physical Society, and has won a SPIE Technology Achievement Award, the highest Yugoslav national award in physics, and the M. Jaric Memorial Prize, Polaroid International Prize. 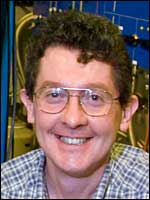 J.C. Seamus Davis heads the Spectroscopy Imaging Group in CMPMSD. He built a scanning tunneling microscope that can resolve details smaller than the diameter of an atom, which he uses to study the movement of electrons in superconducting materials. His insights on how the behavior of electrons in HTS affects the transition temperature — the temperature at which a material loses its electrical resistance — may lead to the discovery of new superconducting materials that are suitable for applications such as zero-loss energy generation and transmission systems. Davis is also director of the BNL-led Center for Emergent Superconductivity, one of the DOE Energy Frontier Research Centers, which is focusing on the underlying nature of superconductivity in complex materials. Davis was a co-recipient of the 2009 Heike Kamerlingh Onnes Prize for outstanding superconductivity experiments. He was elected to the National Academy of Sciences in 2010. 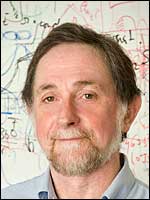 Peter Johnson leads the Electron Spectroscopy Group, and is chair of the Condensed Matter Physics and Materials Science Department. He was recently a co-recipient of the American Physical Society’s prestigious 2011 Oliver E. Buckley Prize in Condensed Matter Physics for “innovation in angle-resolving photoemission spectroscopy, which advanced the understanding of the cuprate superconductors, and transformed the study of strongly correlated electronic systems.” Johnson has worked with various forms of photoemission spectroscopy, including inverse (time-reversed), spin-polarized, and high-resolution photoemission spectroscopy. It is this last variant for which he was honored. The techniques that Johnson helped develop have provided more insight than any other into one of the major challenges of modern physics, namely strongly correlated electronic materials, of which cuprate superconductors are one example. Johnson is a Fellow of the American Association for the Advancement of Science, the American Physical Society, and the Institute of Physics in the United Kingdom. 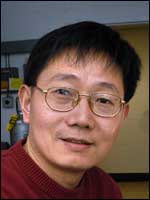 Qiang Li leads CMPMSD’s Advanced Energy Materials Group, which studies the microscopic and macroscopic properties of complex and nano-structured materials, including new superconductors, with a view to understanding and developing their application in different and real-world energy related technologies. For a superconductor, charges need to be paired and moving coherently to carry a current with no resistance. The ‘stripe’ order suggests the charges are localized in relatively fixed positions. Brookhaven studies suggest that the presence of alternating stripes of magnetism and charge exist in other superconducting materials, in a way that is more fluid and therefore harder to detect. One of the key measurements, made by Li, was of electrical resistance parallel to the planes of the layered material and also perpendicular to them. At a particular temperature, Li detected a big drop in resistance when the current was flowing parallel to the layers, but not when it was flowing perpendicular to them. Li is part of a team from CMPMSD that received a grant from the Department of Energy’s Advanced Research Projects Agency-Energy (ARPA-E) to fund superconducting magnet energy storage research. The project could have a significant impact on how electricity is stored and delivered in the future. 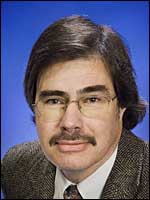 Based on his neutron-scattering experiments in the 1980s at BNL’s High Flux Beam Reactor, John Tranquada discovered that cuprates exhibit antiferromagnetism, a condition in which adjacent magnetic atoms have their magnetic north poles pointing in opposite directions. In the 1990s, Tranquada and his colleagues discovered that HTS have a tendency toward charge segregation, which enables the coexistence of conducting and insulating properties. This work indicates that the electronic structure of HTS consists of fluctuating strings of charge, known as stripes, a concept that is increasingly influencing the current models of HTS. Currently, Tranquada leads CMPMSD’s Neutron Scattering Group He was co-recipient of the 2009 Heike Kamerlingh Onnes Prize for outstanding superconductivity experiments. He is a Fellow of the American Physical Society and the American Association for the Advancement of Science. Tranquada received a U.S. Department of Energy Award for Outstanding Scientific Accomplishment in Solid State Physics in 1988 and the Sustained Research Prize from the Neutron Scattering Society of America in 2006. 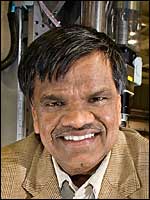 Ramesh Gupta has always been a leader in the world of superconducting magnets, which are essential to great modern accelerators such as the Relativistic Heavy Ion Collider at BNL, and the Large Hadron Collider at CERN, Switzerland. For the past decade, Lab researchers have been exploring the use of new materials that become superconducting at higher temperatures. Gupta, head of the High Temperature Superconductor (HTS) Research and Development Group in the Superconducting Magnet Division, is among those exploring avenues for HTS magnets that are energy efficient and have magnetic fields that are a million times stronger than the Earth’s. These new magnets could revolutionize use in future accelerators, play a key role in energy efficiency and storage, and make possible new applications such as muon colliders and MRI screening in remote areas. To date, Gupta and his group have built more than 100 HTS coils and 10 HTS magnets using tens of kilometers of such conductors. Gupta is also part of the BNL team that received the ARPA-E grant to study superconducting magnet energy storage magnets for MRI. 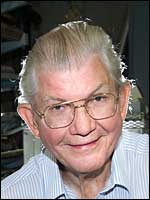 William Sampson has helped design and build superconducting magnets that keep particle beams circulating in accelerators, such as Brookhaven’s Relativistic Heavy Ion Collider (RHIC). In the 1960s, he built some of the first superconducting magnets to exceed 10 Tesla, 200,000 times the earth’s magnetic field. Sampson also made early models of dipole and quadrupole magnets, used for bending and focusing beams of particles in accelerators. Accelerators around the world, including RHIC and the Large Hadron Collider (LHC) at CERN, have benefited from this pioneering work. In the 1970s, Sampson made magnets called “wigglers” for the National Synchrotron Light Source, which began operating in 1982. He has also worked on HTS magnets that can operate in high radiation environments. Currently, Sampson is developing very high-field superconducting magnets that may be used in building a high-energy muon collider. He has received the IEEE Council on Superconductivity Award for Significant and Sustained Contributions in the Field of Applied Superconductivity, in particular, for his contributions to the field of large-scale superconductivity. 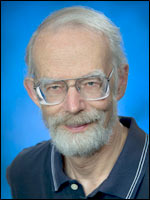 Peter Wanderer is an expert in the development of superconducting accelerator magnets. He began working on them for the Isabelle Project, and his magnet work continued with the Colliding Beam Accelerator, the Superconducting SuperCollider (SSC), the Relativistic Heavy Ion Collider (RHIC), the Large Hadron Collider (LHC), the LHC Accelerator Research Program (LARP), the Accelerator Project Upgrade for the LHC (APUL), and other projects. During the SSC and RHIC projects, he was head of the Magnet Test Group. For the RHIC project, he co-chaired the Magnet Acceptance Committee. He is currently project manager for the APUL Project and interim head of the Superconducting Magnet Division. As an example of the projects with which he has been affiliated, BNL was a key player in preparing a new material for use in a focusing magnet built by members of the multi-laboratory LHC Accelerator Research Program (LARP). The material, niobium tin, retains its superconducting properties at higher temperatures than does niobium titanium, the material that is used in RHIC and in today’s LHC magnets, making niobium tin more tolerant of the increased beam heating that will accompany increases in the LHC luminosity. In 2009, a magnet built by the LARP team using superconducting niobium tin achieved the goal of a magnetic field strong enough to focus intense proton beams in the upgraded LHC interaction regions. Wanderer led the effort during its most critical phase.