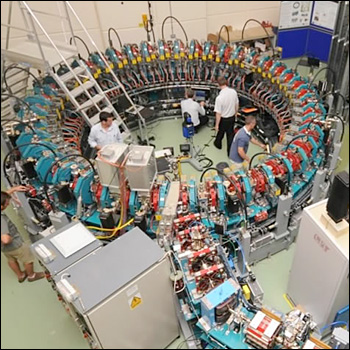 Working with an international team, three physicists from the U.S. Department of Energy’s Brookhaven National Laboratory have helped to demonstrate the feasibility of a new kind of particle accelerator that may be used in future physics research, medical applications, and power-generating reactors. The team reports the first successful acceleration of particles in a small-scale model of the accelerator in a paper published online January 8, 2012, in Nature Physics.

The device, named EMMA and constructed at the Daresbury Laboratory in the UK, is the first non-scaling fixed field alternating gradient accelerator, or non-scaling FFAG, ever built. It combines features of several other accelerator types to achieve rapid acceleration of subatomic particles while keeping the scale — and therefore, the cost — of the accelerator relatively low.

The technology is of particular interest to Brookhaven physicists who want to accelerate muons, heavier but short-lived relatives of electrons, to study the fundamental laws of physics. 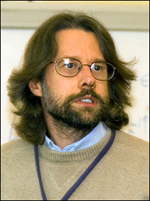 “Colliding beams of muons can let us study the fundamental laws of physics at the highest energies and smallest length scales — beyond what any existing accelerators are capable of,” said Brookhaven physicist Scott Berg, who worked on the conceptual design and commissioning of the new machine, as well as tests of its performance. “Accelerating muons can also produce an intense beam of neutrinos, another type of subatomic particle, enabling detailed studies of their properties.”

But to conduct these studies, muons must be accelerated quickly before they decay into their more common cousins, the electrons, and neutrinos.

Linear accelerators could accomplish the task quickly; but they are expensive. Cyclotrons, which accelerate beams in a ring of magnets, giving the particles repeated kicks in energy each time around, must use a wide beam path to accommodate particles as they speed up and move to the outer edges of the “racetrack.” It wouldn’t be feasible to build such a machine capable of reaching high enough energy for accelerating muons. And synchrotrons, which use alternating magnetic fields to keep the beams tightly focused — and the machine relatively compact — require ramping up the field strength as the particles’ energy increases, which takes too much time; most of the muons would decay before they got to the desired energy.

To overcome these obstacles, physicists have been revisiting an accelerator idea first proposed in the 1950s that combines the alternating magnetic gradient principle (AG) of a synchrotron — to achieve a relatively compact design — with the fixed magnetic field (FF) of a cyclotron — to avoid the ramping up time.

Early implementations of FFAGs used a particular magnetic field shape to maintain certain properties of the circulating beams — particularly the oscillation frequency of particles within the beam as they travel around the accelerator. But in the rapid acceleration required for muons, the physicists don’t have to worry so much about those oscillations.

“That allows us freedom to make additional modifications to further reduce the size of the magnets and keep the particles synchronized with the energy kicks for very rapid acceleration,” Berg said. 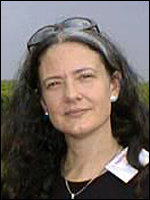 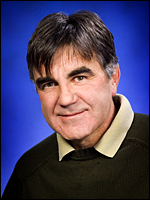 This new design is known as a non-scaling FFAG and was first introduced in 1999 independently by both Carol Johnstone of Fermi National Accelerator Laboratory and Dejan Trbojevic of Brookhaven.

The circular machine just tested at Daresbury measures about 5 meters across and accelerates electrons, not muons. But the stable and rapid acceleration achieved in those tests indicate that the design should work at larger scale (200 meters across) for accelerating muons.

The test also opens up the possibility for applying the design principles to a broad range of future accelerators, including:

“We’re particularly interested in the medical applications and have already patented designs for carbon and proton non-scaling FFAG beam-delivery systems to be implemented in a new carbon/proton cancer therapy facility being developed under a cooperative research and development agreement (CRADA) with Best Medical International,” Trbojevic said.

Brookhaven Lab’s role in this work is supported by the DOE Office of Science. The other Brookhaven co-author on the Nature Physics paper is François Méot, whose computational program was used in designing the machine and analyzing its performance.