‘The Trouble With Neutrinos’ 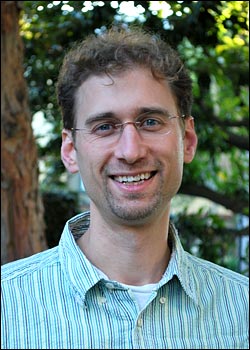 On Tuesday, June 26, join Dan Dwyer of Lawrence Berkeley National Laboratory (LBNL), who will give the 2012 Sambamurti Memorial Lecture, titled “The Trouble With Neutrinos,” in Berkner Hall. Refreshments will be served at 3 p.m. and the lecture will start at 3:30 p.m. This free talk is open to the public. Visitors to the Lab 16 and older must carry a photo ID.

In the abstract for his talk, Dwyer explains that neutrinos are considered the “ghosts” of the particle world, present everywhere but rarely seen. This elusive nature has been very troublesome for neutrino physicists, leading them to blame neutrinos for a whole host of problems in experimental physics, Dwyer continues. He will describe how these challenges have provided some great — and some not-so-great — results from neutrino experiments.

Dwyer’s recent work with the Daya Bay Reactor Anti-Neutrino Oscillation Experiment in China, which has recently made the first clear measurement of short-distance neutrino disappearance, will be included in the talk.

“These troublesome neutrinos can tell us about the inner working of stars and the evolution of the universe since the Big Bang, and may give us clues about the nature of dark matter, if only we can coax them to reveal their secrets,” Dwyer said.

Dwyer joined LBNL as a physicist project scientist in May 2012. From July 2007 to 2010, he held postdoctoral and senior postdoctoral scholar positions at the California Institute of Technology, also serving on the Daya Bay Analysis Committee and as coordinator for Daya Bay Antineutrino Detector commissioning. He earned his Ph.D. in physics from the University of California, Berkeley in 2007, supported by a National Science Foundation Graduate Research Fellowship from 2002 to 2005. Dwyer’s BS in physics was from the Massachusetts Institute of Technology in 2000, when he was also honored with the Orloff Award for Excellence in Physics Research. Before attending MIT, he held a United World College scholarship for two years of study in Italy from 1994 to 1996. He is a member of the American Physical Society.

The Sambamurti Memorial Lecture was established in 1992 to commemorate the work of Aditya Sambamurti, a young BNL physicist who died of cancer in 1992 at age 31. Each year, an outstanding young physicist whose professional interests overlap those of Sambamurti is selected to deliver the lecture.