On November 16, BNL played host to more than 150 attendees at the first annual Long Island Natural History Conference. Topics addressed included the natural history of the BNL site, the return of river otter to Long Island, the biology and ecology of horseshoe crabs, Atlantic White Cedar, and migratory birds. In addition, Peter Alden, the keynote speaker, spoke about ecological changes in the Northeast. 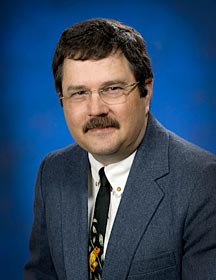 The conference had emerged from conversations between three individuals — Mike Bottini, a wildlife biologist working with river otter; John Turner, a noted Long Island naturalist; and Tim Green, BNL’s natural resource manager. The trio had been meeting together with regional staff of the New York State Department of Environmental Conservation to consider studies that would determine the status of several rare mammal species on Long Island.

Said Green, “Plans for the event really began to take shape in July, when individuals from many organizations gathered at Wertheim National Wildlife Refuge down in Shirley and worked on an informal agenda.”

The conference had numerous sponsors whose support allowed the organizing group to keep attendance fees low, Green said. Attendees had to select from two concurrent talks during each period, but all were happy with their selections. Comments like “what a great conference,” “thanks for pulling this together, it was needed,” and “I learned so much!” were heard repeatedly from attendees.

On the first day, the Session A talks were streamed live over WBNL. All talks will eventually be archived on WBNL as well as on the conference website. 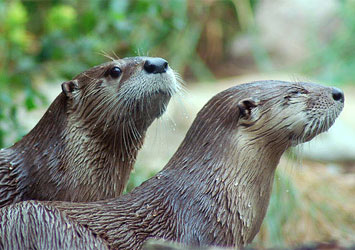 Day 1 talks were followed by two Day 2 field trips where participants learned about the remaining Atlantic White Cedar swamps on Long Island, as well as how to identify river otter “sign” and who to report it to as biologists begin tracking the re-colonization of Long Island by this charismatic species.

Ernie Lewis of BNL’s Environmental Sciences Department was enthusiastic about the event. “The Natural History Conference was a great venue to hear some wonderful talks on the natural history of Long Island and to connect (and re-connect) with other individuals interested in the outdoors,” he said. “The field trip to view otter sign on Saturday was also very enjoyable. The weather was beautiful, and I met interesting people among the other participants. I look forward to this conference being a regular event.”

Another keen environmentalist from BNL who attended the full conference was Erin Gettler of the Human Resources & Occupational Medicine Division.

“As a relatively recent transplant to Long Island, I really appreciated the opportunity to meet and learn from so many local naturalists and researchers,” said Gettler. “The talks were packed with great information even for lay people like me, and John Turner’s Atlantic White Cedar field trip the second day introduced me to even more of Long Island’s wonderful natural places. It’s rare to find so many nature lovers indoors in the same place, and I had a great time getting to know many of them. I’m definitely looking forward to coming back for next year’s conference!”

Said Green, “The conference organizers are already discussing next year’s conference and have received dozens of ideas from attendees for future conferences.”