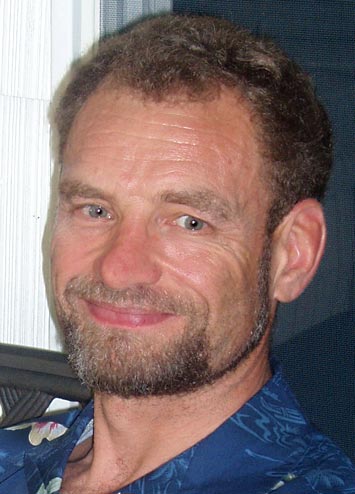 Steven Kane, group leader for the Safety Engineering Group and senior project engineer in the Safety & Health Services Division (SHS), died in a tragic bicycle accident caused by a motorist on the wrong side of the road on November 1, 2012. He was 57.

A graduate of the United States Coast Guard Academy and a United States Coast Guard veteran, Kane joined BNL as a project engineer I on April 15, 1991, in the Safety and Environmental Protection Division. On October 1, 1998, he moved to the Physics Department, and on April 1, 2005, he was promoted to senior project engineer. On August 28, 2006, he moved again, this time to SHS, where he became manager of Safety Engineering.

Many other BNLers have contributed remembrances expressing respect and admiration for their colleague, as follows:

Early in Kane’s career at the Lab, he was assigned fulltime to the Relativistic Heavy Ion Collider (RHIC) project as a systems safety engineer, where he worked with Steve Musolino, now of the Nonproliferation & National Security Department.

Said Musolino, “Steve’s prior experience in systems safety was at Grumman, performing safety analysis of complex F-14 aircraft systems. His role with the RHIC Project was unique, nontraditional, and important — he was a systems safety professional embedded directly with the scientists and engineers who were designing the new accelerator and experimental systems and subsystems. He made many contributions as a member of the RHIC Project team, most notably, helping engineers in the Magnet Division resolve manufacturing issues with respect to welding on the cold mass of the superconducting magnets. Steve was passionate about his work no matter if the task were big or small, and his goal was always the success of the Laboratory.”

Michael Anerella, chief mechanical engineer of the Superconducting Magnet Division, agreed that Kane had made several key technical contributions before and during RHIC construction. “Steve’s efforts were crucial to the successful production and subsequent operation of the superconducting magnets which are the heart of the RHIC accelerator,” said Anerella.

Just one example of Kane’s contributions, Anerella said, was the development and specification of an improved weld alloy for joining elements of the magnet helium vessels.

“Like all other pressure vessels, the RHIC magnet helium vessels must meet certain requirements for pressure vessel safety as specified by the ASME Boiler and Pressure Vessel (B&PV) Code. However, RHIC helium vessels operate at cryogenic temperatures near absolute zero. This means that certain requirements such as impact testing are impossible to complete and therefore, fracture toughness of the weld needed to be engineered to be well beyond required values. To address this and other issues, Steve directed the efforts of experts at BNL and the National Institute of Standards & Technology in developing a unique high-nickel, high-nitrogen superaustenitic weld alloy and a welding process that would enhance weldability of the alloy. Weld alloy to this specification was purchased at the start of RHIC construction and used for all magnet pressure vessel welds completed at BNL and at Northrop-Grumman Corporation where dipole magnets were assembled. These accomplishments resulted in welds in RHIC magnet helium vessels that exceed the fracture toughness requirements imposed by the ASME B&PV Code.

“In total there are nine hundred superconducting magnet helium vessels operating in the RHIC accelerator for over 10 years since RHIC first started operating,” concluded Anerella. “There has not been a single weld failure in any magnet during this time. The successful operation of these magnets is due in part to the efforts of Steve at critical times before and during magnet construction.”

“Steve was an asset to the functioning of the Lab. He was experienced and knowledgeable in many different safety programs at BNL and widely recognized for his safety expertise both on and off site. He was the Subject Matter Expert for a number of critical areas, most notably Accelerator Safety, Construction Safety, Tier I Inspections, Excavation Safety, Fall Protection, Forklift Safety, Hazard Analysis, Interlock Safety, Lifting Safety, and Traffic Safety. He was also involved with the evaluation of all critical lifts. If the event involved significant work or importance for the Lab, Steve was there to ensure its success.

“Steve was also a certified Accident Investigator both on site and outside the DOE complex. BNL utilized him to investigate several major events, such as the Well House explosion. In 2008, he was asked to assist in investigating the cause of a cryogenic magnet failure that caused extensive damage at the Large Hadron Collider in CERN, Switzerland. His critical insight and expertise helped to determine the root cause and effective corrective actions for many events, providing the key to continued and successful operations.

“In another notable effort, Steve worked closely with Integrated Facility Management staff to conceive and develop a program that evaluates hazards and their associated risks in specific areas of the Lab, and catalogs them into a concise program and database. Steve developed this program, called a Facility Hazard Identification Tool, to make it easier to identify hazards and ensure that proper procedures are in place to mitigate the hazards. Steve’s concept is novel, and will likely be considered a complex-wide Best Practice.”

Barbara Royce, special assistant to the Assistant Laboratory Director for the Facilities & Operations Directorate, explained the importance of Kane’s Facility Hazard Identification Tool. “The information that comes out of the Haz ID Tool is valuable in developing and documenting assessments of risks associated with a specific facility. This helps workers understand the hazards to ensure adequate protection and helps supervisors and workers in reviewing the process or activity to look for safer, more efficient procedures. The tool also documents hazards in the facilities, which is extremely useful when new occupants become tenants there.”

Nowak concluded, “Steve was always looking for solutions to problems and saw the “big picture” — how things impacted staff and contractors across the Laboratory. He was a one-of-a-kind individual. I will miss him sorely.”

Yet another group of BNLers who worked with Kane wanted to add their thoughts and admiration for him to this obituary. Jack Ellerkamp of SEG gathered these comments as follows:

“In addition to his many technical achievements, Steve was the manager of the Safety Engineering Group (SEG),” noted Ellerkamp. “Working in the Group provided a unique perspective of Steve that most of the Lab was not aware of. True, we were frequently challenged — to maintain technical rigor, develop new approaches to old problems, and to do more with less. However, even as Steve “raised the bar,” these challenges were always imbued with humor, kindness and a certain self-deprecating view of the world. (Our bi-weekly group meetings were both informative and entertaining!) Most importantly, Steve honestly cared for the people who worked for him, both professionally and on a personal level. He was a man of integrity, a champion for his group, and he will be greatly missed by those of us who had the privilege of working under his leadership.

Mike Gaffney of SEG had known and worked for or with Steve since 1985, when Steve was the System Safety Group leader for the F-14 development program at Grumman. When asked by others about Steve, Mike would say, “Never listen to how Steve says something, but to what he says, because he is right about 98 percent of the time. ‘But doesn’t that mean that he could be wrong for the other 2 percent?’ If you could argue your point with facts, code references, and analysis, Steve might not have admitted his error, but he would find a new level of respect for you.”

In another viewpoint: “Steve knew that he could be a demanding taskmaster. Therefore he would compensate by always making sure you had the right tools to do your job (including training and professional certifications), support your position (after checking that you were correct) throughout the Lab organizations, even when that position was not popular with some management. He cared about many things, but especially family. He showed his concern for what was going on in your personal life. This would also help him with scheduling/workloads, if needed.”

Fred Horn wrote that Steve was a combination of professionalism, intelligence, a bit of sarcastic dry humor, and a quality that you do not see often in the management of people — tough love. “We in Steve’s group enjoyed an era of mutual respect for each other’s knowledge, education and life experience. He was a mentor, boss, and friend, never timid about correcting you about the accuracy of your work, but always behind closed doors. When he was satisfied with your work, he was always full of praise and made sure that everyone knew it. I don’t know who our management thinks will replace him — I just know that he is not replaceable.”

Keith Klaus, who worked in the Safety and Health Division with Kane at BNL, commented: “Steve had keen insight on many different aspects of health and safety and his focus was on improving safety for those around him. His energy, wit, knowledge, and expertise will sorely be missed by those who knew and worked with him. Steve cared deeply for every member of his group and we are devastated by this loss.”

Eugene Santiago wrote, “Steve hired me while I was in Afghanistan; we actually did a Skype interview. I worked for Steve for 16 months, so what I can add will be from my short time with him. I can say he was a totally brilliant man and really knew what he was doing. He was a rough boss; however, he would step in front of any manager for you. I do not think they have anyone that could take his place, just fill his space. It was the interview I had with Steve that made the decision of moving from the Chicago area to this area. My work partner and I were the last to talk to him before he went on his bike ride. He said we will talk when he comes back…We will never forget Steve.”

A resident of Brightwaters, Steven Kane is survived by his wife Barbara, daughters and sons-in-law Susan and Jason Smith and Carol and Michael Pascino, and grandchildren Evelyn and Lillian, as well as his father Ronald Kane and brothers and sisters Michael, Carole, Barbara, Suzanne, Laurie, and Ronald.