The Emeritus position at BNL was established to recognize retired scientists who have made particularly noteworthy contributions to the Laboratory's reputation as a world-class scientific institution. 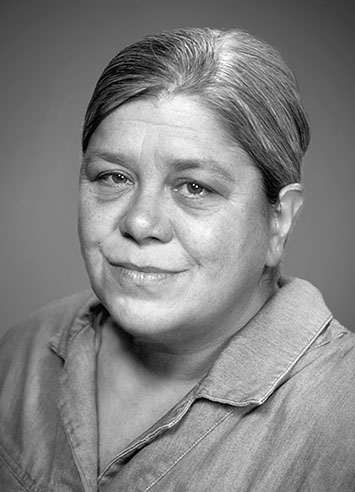 Carol Creutz has received the title of Senior Scientist Emeritus for her distinguished contributions in mechanistic chemistry, photochemistry, and catalysis. Creutz was named Chair of the Chemistry Department in 1995, the year this photo was taken.

Emeritus status was granted to Carol Creutz, effective at the time of her retirement as a senior chemist on September 30, 2012, for her long and distinguished career at the Laboratory. She joined BNL on November 1, 1972, after earning her Ph.D. at Stanford University in 1971.

In a congratulatory letter to Creutz from then-Lab Director Sam Aronson, he cited many of her accomplishments and contributions:

"As part of DOE's Solar Photochemistry program at the Laboratory, you have made distinguished contributions in mechanistic chemistry, photochemistry, and catalysis. You have advanced understanding of oxidation-reduction reactions and shown how such reactions can be effectively applied in proposed solar-to-fuels conversion. Your research advances in the spectroscopy of mixed-valence transition metal complexes and in mechanistic studies of reactions important to conversion of solar energy to fuels have had wide scientific impact.

"Your continued engagement and reputation as a creative research scientist and work in mechanistic chemistry and solar photochemistry are extremely valuable to the Laboratory."

Said Creutz, "I am very moved by and grateful for Dr. Aronson's letter. I am also very grateful for the opportunity to continue in my studies of chemical mechanisms for reactions to be used in converting and storing the energy from sunlight into electricity and fuels. This vast and important field offers many demanding unsolved problems and solving these contributes to a broader understanding of the world at large."