Many high school students come to Brookhaven Lab through OEP's High School Research Program. In this six-week program, 11th and 12th grade students work with BNL scientists and participate in ongoing, important research and development programs. Mentors consistently note the valuable contributions made by these young researchers. While being an Intel finalist or semifinalist is not the focus, it does happen frequently for these high-caliber students.

Each year, 300 high school students are recognized for their outstanding scientific research when they are named semifinalists in the prestigious Intel Science Talent Search, a program of Society for Science & the Public. Two of the semifinalists announced last week—Abhinav Patil and Nicasia Beebe-Wang—completed their projects at the U.S. Department of Energy's Brookhaven National Laboratory (BNL) through the Office of Educational Programs' (OEP) High School Research Program.

"Long Island has a long history of producing high school students who are exceptional in the science, technology, engineering, and mathematics (STEM) fields," said Scott Bronson, manager of OEP's programs for students in kindergarten through grade 12. "Brookhaven Lab is proud to partner with local schools to produce the next generation of scientists.

"This past year, 52 students participated in BNL's High School Research Program, and projects were recognized for excellence by Intel and Siemens," Bronson added. 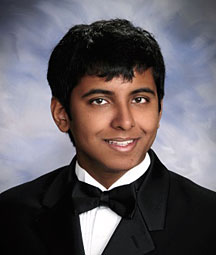 Abhinav Patil was selected for his work, titled "Geometric Phase as a Systematic Error in the Proton EDM Experiment." Patil is a resident of Melville and a senior at Half Hollow Hills High School East. Working with his mentor Yannis Semertzidis of the Lab's Physics Department, Patil made contributions for the proposed Proton Electric Dipole Moment experiment. This experiment is being designed to address why there was so much more matter than antimatter in the universe after the big bang—350 billion visible galaxies — when the theoretical framework of elementary particles and forces described in the Standard Model predicts only 10 to 100 galaxies. Specifically, Patil determined a solution to the problem of measuring and correcting for misleading background signals that are generated by the experiment's apparatus.

"Patil was very focused in his work and he wasn't fazed by anything," Semertzidis said. "All on his own, he learned the programming language and sent me drafts of his paper for review. If Patil wants to do something, it happens."

Patil plans to study computer science at college this fall. 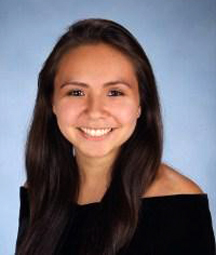 Nicasia Beebe-Wang, a senior at Westhampton Beach High School, was selected for her work, titled "Trait (Dopamine Transporter Gene) x State (Withdrawal) Interaction in Responsiveness to Cocaine Stimuli in Cocaine Addiction." At Brookhaven, she collaborated on addiction research with the group led by Rita Goldstein that moved recently to the Icahn School of Medicine at Mount Sinai in New York City. Beebe-Wang was supervised directly by Scott Moeller, a postdoc fellow in the group, analyzing data aimed at understanding how a dopamine transporter gene influences drug cue reactivity in addiction. These results could ultimately help researchers and clinicians determine which specific addiction treatments might work best for specific patients, based on their genetic profiles.

"Nicasia is truly an exceptional student," Goldstein said. "She routinely tackled statistical analyses that would confuse many graduate students."

"And she always did it with a smile that brightened our lab," Moeller added.

Beebe-Wang is planning to study neuroscience when she attends college in the fall.