Especially relevant for those engaged in creating quark soup at RHIC 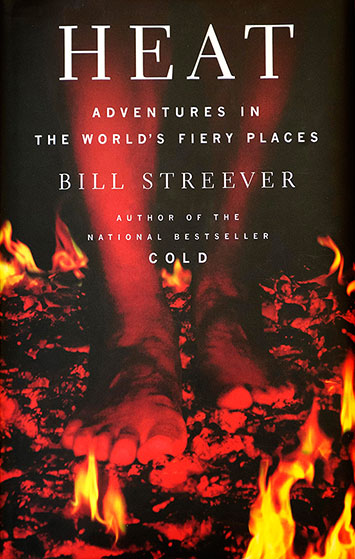 Heat: Adventures in the World's Fiery Places (Little Brown, 2013). If you haven't already fallen in love with the groundbreaking science that's taking place at Brookhaven Lab's Relativistic Heavy Ion Collider (RHIC), this book about all things hot is sure to ignite your passion.

Bill Streever, a biologist and best-selling author of Cold: Adventures in the World’s Frozen Places, has just published his second scientific survey, which takes place at the opposite end of the temperature spectrum. Heat: Adventures in the World’s Fiery Places features flames, firewalking, and notably, a journey into the heart of the Relativistic Heavy Ion Collider (RHIC) at Brookhaven National Laboratory.

I accompanied Streever for a full-day visit in July 2011 with physicist Barbara Jacak of Stony Brook University, then spokesperson of the PHENIX Collaboration at RHIC. The intrepid reporter (who’d already tagged along with woodland firefighters and walked across newly formed, still-hot volcanic lava—among other adventures described in the book) met with RHIC physicists at STAR and PHENIX, descended into the accelerator tunnel, and toured the refrigeration system that keeps RHIC’s magnets supercold. He also interviewed staff at the RHIC/ATLAS Computing Facility—who face the challenge of dissipating unwanted heat while accumulating and processing reams of RHIC data—as well as theorists and even climate scientists, all in a quest for understanding the ultrawarm.

The result is an enormously engaging, entertaining, and informative portrayal of heat in a wide range of settings, including the 7-trillion-degree “perfect” liquid quark-gluon plasma created at RHIC, and physicists’ pursuit of new knowledge about the fundamental forces and interactions of matter. But Streever’s book does more: It presents the compelling story of creating and measuring the world’s hottest temperature within the broader context of the Lab’s history, including its role as an induction center during both World Wars, and the breadth and depth of our current research—from atoms to energy and climate research, and even the Long Island Solar Farm.

“Brookhaven has become an IQ magnet, where smart people congregate to work on things that excite geniuses,” he writes. 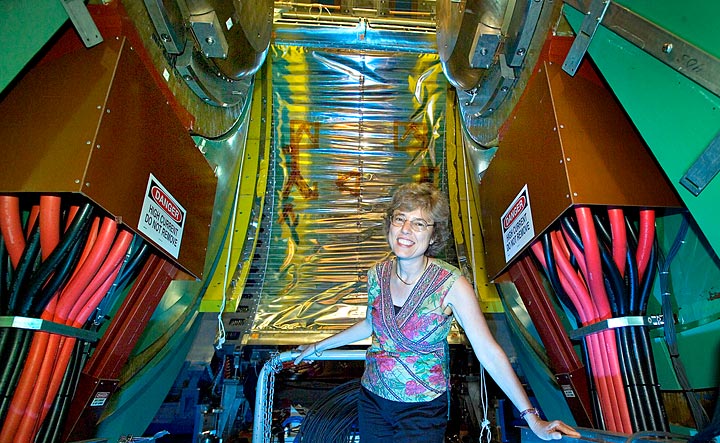 Streever’s own passion for science comes across clearly throughout the book. But being at “the top of the thermometer” (the title of his final chapter, dedicated in part to describing RHIC) has its privileges. RHIC’s innermost beam pipes—at the hearts of its detectors, inside which head-on ion collisions create the highest temperature ever measured in a laboratory—have clearly left an impression:

“… I am forever enthralled by Brookhaven’s pipes. At the top of the thermometer, beyond any temperature that I could possibly imagine, those pipes explore conditions near the beginning of the universe ... In my day-to-day life, bundled in a thick coat or standing before my woodstove or moving along a snow-covered trail, I find myself thinking of those pipes. And when I think of them, I remember that at the top of the thermometer lies matter with the audacity to behave as though it were absolutely cold, flowing like a perfect liquid…”

There’s more, a wonderful bit more that conveys the pure essence of science. But I don’t want to spoil it. Please read and share this book. The final word is awe.