Science and Technology Awards are given to recognize distinguished contributions and exceptional achievements to advance the science and technology objectives of Brookhaven Lab.

J.C. (Seamus) Davis is recognized for his development of the spectroscopic imaging scanning tunneling microscopy technique and its application for the study of strongly correlated systems, including high temperature copper-oxide—cuprate—superconductors, iron-based superconductors, and most recently, heavy fermion systems. The knowledge gained from these studies has added greatly to our fundamental understandings.

Davis joined Brookhaven Lab’s staff through a joint appointment with Cornell in 2006. He currently serves as the group leader of the Spectroscopic Imaging group and has been heavily involved with the design of the ultra-low vibration laboratories in the new Interdisciplinary Science Building.

His accomplishments were recognized previously when he was awarded the Fritz London Memorial Prize for Low Temperature Physics and the Kamerlingh-Onnes Prize for Superconductivity Research. He is also a fellow of the American Physical Society and the U.S. National Academy of Sciences. 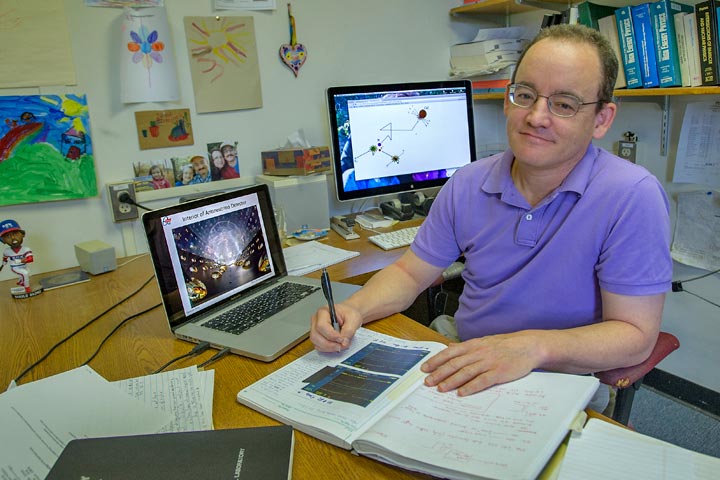 David Jaffe was recognized for his outstanding contributions to particle physics through the discovery of reactor anti-neutrino oscillations at Daya Bay and the observation of a non-zero value for the last, previously unknown, mixing angle describing neutrino oscillations—theta13.

The fact that this mixing angle is non-zero has tremendous implications because we now know that it will be possible to search for charge-parity violation with the Long Baseline Neutrino Experiment, which may shed light on the matter-antimatter asymmetry in the universe and why we are here. Without Jaffe's extraordinary effort and outstanding physics insight, it is likely that the Daya Bay Experiment would not have been the experiment to first discover the non-zero value of the neutrino mixing angle, theta13.

The striking discovery of theta13 by the Daya Bay collaboration follows a long and distinguished tradition of major discoveries in neutrino physics at Brookhaven National Laboratory. 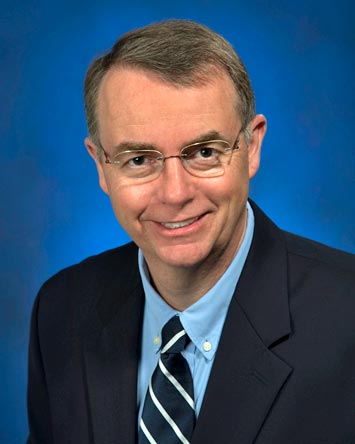 John Shanklin is a world-renowned scientist whose research focuses on the use of plants and sunlight for the conversion of carbon dioxide into products that will decrease dependence on petrochemicals.

Shanklin came to Brookhaven in 1992 as an assistant biochemist and quickly rose to the position of tenured senior biochemist. Shanklin has received numerous professional awards, including the Presidential Early Career Award for Scientists. In 2007, he was made a fellow in the American Association for the Advancement of Science for “outstanding research contributions that have opened the way toward using crop plants to produce new types of oils and chemical feedstocks.”

Shanklin also shows great dedication to Brookhaven Lab. He never refuses a request to speak to civic groups, students, or just about any outreach activity to promote the Lab. He has an exceptional talent for communicating his scientific efforts in a very engaging manner that the general public can clearly understand and appreciate.