Scientists Set Off for Alaska to Study Climate Change

The Arctic Circle. The scientists' destination of Alaska is at center-right towards the bottom of the image.

Written on the whiteboards that line Alistair Rogers’ and Stefanie Lasota’s office walls is a checklist of unusual supplies: a portable photosynthesis measuring device, warm field clothing, polar bear spray and 12-gauge shotgun slugs. Those are just some of the tools the pair has packed for their 32-day stay in Barrow, Alaska, a small town at the northernmost tip of the United States. Some 330 miles north of the Arctic Circle, the environmental scientists will brave icy conditions and potential polar bear encounters to collect plant samples for an ongoing study of climate change in the Arctic. 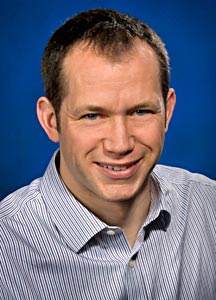 “Barrow is a very different place from pretty much anywhere,” said Lasota, as she prepared for her first trip to the Alaska town since joining the U.S. Department of Energy’s (DOE’s) Brookhaven National Laboratory as a full time researcher in September. Rogers, who has made five previous trips to Barrow, is very familiar with how different life can be in the frozen tundra town.

“In Barrow you could be driving to work and there will be a woman butchering a seal on a plastic sheet outside her house,” said Rogers. “That’s just the stuff you see. You wake up one morning and there’s a giant walrus in the back of someone’s pickup truck because they shot it that morning.”

According to the most recent Arctic Climate Impact Assessment released in 2004, the Arctic is warming twice as fast as the rest of the planet, which could have significant consequences that lead to further warming, Rogers explained. Permafrost beneath the Arctic tundra contains massive reserves of frozen carbon. As the climate warms, the permafrost thaws and the frozen organic matter becomes available to microbes, which break it down and release carbon dioxide (CO2) or methane (CH4), a more potent greenhouse gas, into the atmosphere. Increased levels of these gasses in the atmosphere will lead to greater warming, which would further accelerate permafrost thawing, continuing the cycle, according to Rogers. 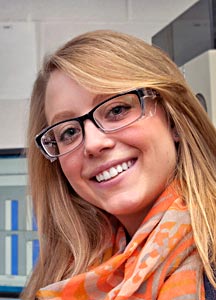 Rogers and Lasota will study the effects of climate change on the northern tundra by measuring photosynthesis rates in native plants and collecting leaf samples, which will be shipped back to Brookhaven for further analysis. The pair’s work is part of a larger multidisciplinary environmental project sponsored by the DOE’s Office of Science called Next Generation Ecosystem Experiments-Arctic (NGEE-Arctic). NGEE-Arctic seeks to improve the representation of Arctic tundra processes in Earth system models.

According to Rogers, current Earth system models use assumptions about the Arctic plants rather than actual measurements.  He found that these assumptions underestimated the maximum rate at which the Arctic plants were able to convert CO2 into organic compounds during photosynthesis by about a factor of four or five. He and Lasota plan to examine additional assumptions made by climate models by taking measurements of carbon exchange in tundra plants. They aim to come away from Barrow with new data that will help improve how Earth system models represent arctic ecosystems.

For their mission, their primary tool is a portable gas exchange system called the LI-6400XT. This device clamps onto plant leaves and measures CO2 going in and out of a leaf in real-time as photosynthesis is occurring. In April, Lasota took a three-day long field training course in Nebraska to learn the ins and outs of the machine, as well as how to take it apart and put it back together–skills that Rogers said are essential to success in tough environments like Barrow.

“By learning to operate the device prior to leaving, our team can go right up there the first day and start taking measurements,” Lasota said.

Said Rogers, “Barrow is not an environment where you go and think and plan. You can’t afford to wake up in the morning and go ‘What are we going to do today?’ You need to have a plan and you need to go out there and execute it.”

Equally important was making sure they had taken the necessary safety precautions before their July 8 departure.

“Safety preparation was an iterative and extensive process involving lots of subject-matter experts inside and outside the lab and included polar bear protection and shotgun training and practice,” Rogers said.

Though the massive arctic beasts pose a low risk to the researchers because they tend to hunt seals on sea ice, the bears have been known to wander onto land where Rogers and Lasota will be conducting their research. A bear on land is hungry, said Rogers, “and therefore you’re on the menu.”

Lasota does hope she’ll get the chance to see a polar bear during her time in Alaska – but through the safety of her binoculars.

“I’ve never experienced fieldwork before, so I really want to take it all in, but my personal goals are to become more familiar with the LI-6400XT and bring back as much data as I can,” said Lasota. “The numbers that we can pull from those measurements will help improve models that better predict the future climate of this area.”

The pair will be sharing their Alaskan adventures through the NGEE-Arctic blog.