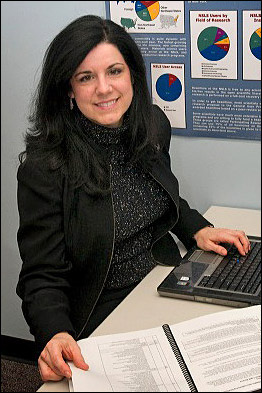 Nasta recalls feeling "a little intimidated," before recording her first episode in April 2007, but said she now feels much more comfortable in front of the camera after hosting more than 12 episodes. Nasta's featured guests have included New York State Assemblyman Steve Englebright and Senator Kenneth LaValle, Mel Morris and Ken White of BNL's Office of Educational Programs, and Ron Lupski, President of Save the Forge River, Inc. These guests to the show discuss topics such as drinking water protection, transportation, energy, organic landscaping and agriculture, farmland preservation, citizen court cases, and more.

Concerned by the threat of both too much residential and commercial development, Nasta said, "We need to preserve the Pine Barrens before they are all cemented over." According to New York State's Central Pine Barrens Joint Planning and Policy Commission, the Pine Barrens region occupies nearly 102,500 acres in the towns of Brookhaven, Riverhead, and Southampton. The region sits atop a portion of Long Island's federally designated sole-source drinking water aquifer and the Pine Barrens Society declares that the region, "boast[s] the greatest diversity of plant and animal species anywhere in the state of New York." 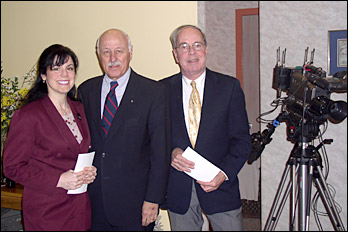 As developers provide the residents and visitors of Long Island with new homes and closer locations at which to shop, the Pine Barrens Society does not intend to block or prohibit development-the hope is to establish a balance of development and preservation. Nasta recalls advice from a local resident who, to Nasta's surprise, told her, "Don't preserve everything, we need homes too." Nasta realized that "it's a bit of a challenge. We may need to build on some areas but there are certain more 'threatened' areas."

"Education is a big part of it," the anchorwoman stated. Nasta has a Master's degree in elementary education and served for four years as Coordinator at BNL's Science Learning Center, where she developed programs, taught children, and ran teacher workshops. She applies her experiences as an educator to teach her viewers about the importance of the Pine Barrens and other environmental issues on Long Island.

"We don't have a long time to go before there won't be much open space left on Long Island," Nasta said. But thanks to her and others' work with The Long Island Pine Barrens Society, members of local communities will be more aware of the environmental impact of their decisions. See Nasta on the monthly show on Cablevision's Channel 20. The show airs twice a week in most areas of Suffolk County; check your local listing for day and time.