At a joint workshop of the Material Control and Accounting Measurements Project team in Bucharest, Romania, specialists from DOE Labs and representatives of the major Rosatom facilities discussed a wide spectrum of technical issues. Lev Neymotin is standing, third from right.

Lev Neymotin has worked in the field of nuclear safety and security for 35 years, ever since he immigrated to the United States from his native Russia. But his latest assignment, working in the Nonproliferation and National Security Department’s Nonproliferation and Homeland Security Field Support Group at the U.S. Department of Energy’s Brookhaven National Laboratory, has allowed him to be of service to both nations. 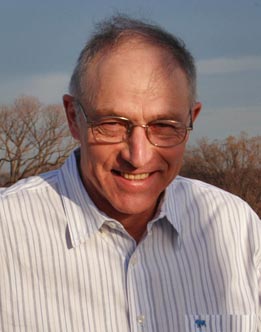 For the past 15 years, Neymotin has traveled between Russia and the U.S. on a mission to help Russian officials securely maintain nuclear materials remaining from the Cold War arms race. He recently returned from the 50th meeting of a working group that includes Russian scientists and nuclear materials specialists.

“As a nuclear engineer, I understand the issues of nuclear materials and nuclear safety,” he said. “And also I am Russian, which allows me to assist our team in interacting with the Russians because there are always cultural differences that you have to be aware of.”

Neymotin’s work provides field support for nuclear security programs including the National Nuclear Security Administration’s (NNSA) Material Protection, Control and Accounting program (MPC&A) within the International Materials Protection and Cooperation program (IMPC). IMPC began in 1994 as a task force to lessen security vulnerabilities arising from the collapse of the Soviet Union. Since that time, the program has evolved into a worldwide counterterrorism initiative of more than 40 countries.

The MPC&A program improves the security of nuclear weapons and materials at their source by supporting the development of a sustainable MPC&A infrastructure at dozens of nuclear sites in Russia and other countries of concern. The MPC&A program also supports efforts to consolidate and convert weapons-usable nuclear material into fuel for commercial nuclear power reactors.

Neymotin joined Brookhaven Lab in 1979, working in nuclear reactor safety. He was involved in several other national security initiatives in the mid-1990s, including the Nuclear Cities Initiative and Initiatives for Proliferation Prevention. His work at that time involved traveling to some of the closed nuclear cities in Russia to set up businesses.

“After the dissolution of the Soviet Union in 1991, Russia was in a very low state in terms of economics, and the concern on the U.S. side was that the Russian scientists might decide to assist different countries trying to develop a nuclear capability,” Neymotin said.

“So those two programs were focused on converting the Russian intellectual capacity to peaceful applications. We supported new businesses and efforts to help them find employment outside of the nuclear area.”

In recent years, the focus has shifted to controlling access to and accounting for nuclear materials.

“In time we realized that it is close to impossible to prevent the proliferation of expertise because this information is either available or uncontrollable,” Neymotin said. “But to create a nuclear weapon, you need materials."

The MPC&A program’s main Russian partner is Rosatom, Russia’s agency that oversees the Russian facilities Neymotin termed “the heavyweights”—the facilities that were very much involved in weapons production and have significant amounts of nuclear materials. 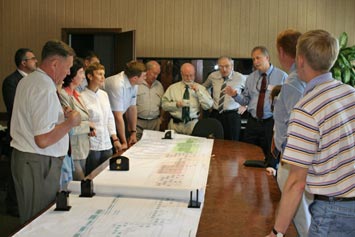 Lev Neymotin, fourth from right, at a recent US-Russian workshop, which included discussions about the development of the Russian version of the MC&A System Effectiveness Tool, now ready for implementation at the Rosatom facilities.

The joint U.S.-Russian MCP&A program focuses on weapons-grade material. Since the Russian nuclear complex is now less involved in material production, one of the goals is to reduce the amount of materials on hand. One strategy is downblending: taking weapons-grade material and altering or blending it into fuel for commercial reactors.

The Department of Energy and Rosatom also recognized a need for a program—overseen by a material control and accounting measurements (MCAM) project team—that would connect and share information between different facilities and different project teams, allowing them to exchange expertise and practices that may be applicable elsewhere. Support of measurement equipment is another key element in the program.

“We encourage the Russians to use equipment readily available in Russia,” Neymotin said. “The assumption is that it’s easier to service and the Russians are more familiar with it. So we developed a set of tasks to help them test their equipment and see whether it meets the requirement of their MC&A program.

“I believe it’s wise to stay engaged with the Russians,” Neymotin said. “It’s in our interest that the partnership continue, though we will reduce the level of funding as the Russians become more able to provide their own funding. In the beginning we paid nearly all expenses, but now they are in a better financial position and are beginning to bear a greater burden.”

Over the 15 years that the program has been in existence, Neymotin has seen an increase in trust.

“In Russia they are very concerned about protecting sensitive information,” he said. “But we took the very strong position that ‘we don’t want your secrets. What we want to do is to help you to measure and control the material you have.” Then they relaxed. Also, I think the Russians definitely have achieved an improvement in their MC&A culture and infrastructure. The equipment is much more modern, measurements are much more precise, and the bookkeeping is much more accurate. So there is improvement, which is good for everybody. The Russians don’t want leaks of nuclear materials either, so we are on the same side. They understand that if something happens it could hit them as hard as us.”