492nd Brookhaven Lecture on Wednesday, 2/19: What Goes Up Must Come Down: The Lifecycle of Convective Clouds 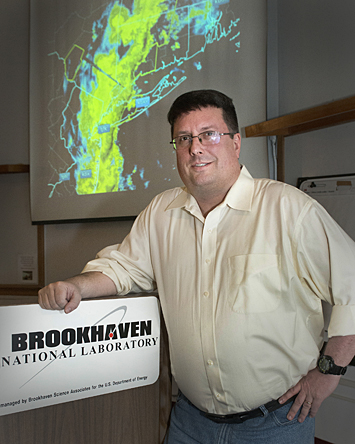 Some clouds look like cotton balls and others like anvils. Some bring rain, some snow and sleet, and others, just shade. But, whether big and billowy or dark and stormy, clouds affect far more than the weather each day.

Armed with measurements of clouds’ updrafts and downdrafts—which resemble airflow in a convection oven—and many other atmospheric interactions, scientists from Brookhaven Lab and other institutions around the world are developing models that are crucial for understanding Earth’s climate and forecasting future climate change.

Join Michael Jensen of the Environmental Sciences Department for the 492nd Brookhaven Lecture, titled “What Goes Up Must Come Down: The Lifecycle of Convective Clouds,” in Berkner Hall at 4 p.m. on Wednesday, Feb. 19. All are invited to attend this free talk, which is open to the public. Refreshments will be offered before and after the lecture. Visitors to the Lab 16 and older must carry a photo ID while on site. Add to calendar

To join Jensen for dinner at a restaurant off site after the talk, contact Nancy Barci (Ext. 7548).

During his lecture, Jensen will provide an overview of the importance of clouds in the Earth’s climate system before explaining how convective clouds form, grow, and dissipate. His discussion will include findings from the Midlatitude Continental Convective Clouds Experiment (MC3E), a major collaborative experiment between U.S. Department of Energy (DOE) and NASA scientists to document precipitation, clouds, winds, and moisture in 3-D for a holistic view of convective clouds and their environment.