Sharing the Story of Technetium-99m 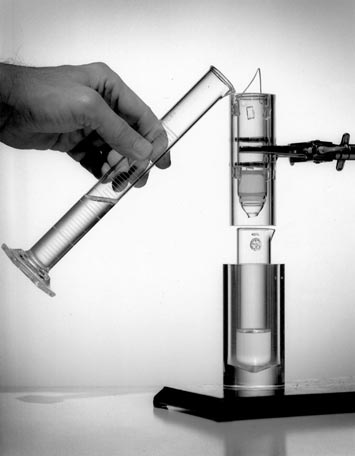 Every day, about 110,000 medical imaging procedures worldwide (with more than 40,000 in the U.S. alone) rely on the element technetium in its unstable radioactive form — as the isotope, technetium-99m (Tc-99m) — to create images from inside the human body.

Medical professionals administer isotopes like Tc-99m to a patient, and these isotopes bind to specific areas of the body. Scanners, including SPECT (single photon emission computerized tomography) machines then detect these isotopes as they decay, producing an image of what is going on inside the patient’s body. Tc-99m is the most commonly used medical isotope in the world and its birthplace is BNL.

“This isotope has changed the face of nuclear medicine and saved millions of lives,” said BNL’s Suresh Srivastava, head of the Radionuclide & Radiopharmaceutical Research Division. Srivastava was among BNL scientists who contributed to improving the Tc-99m generator and developing multiple Tc-99m-based imaging agents.

“Historically, BNL has been — and still is — a unique place to accomplish this kind of research,” said Srivastava. “We have had what it takes from a to z.”

Though the element technetium had been studied and isolated in the 1930s, it was not until 1957 that Walter Tucker and Margaret Greene developed the first Tc-99m generator at Brookhaven. Shortly thereafter, Powell “Jim” Richards, who oversaw BNL’s radioisotope production, became convinced that Tc-99m could be a valuable tool for medical imaging.

Largely through Richards’ championing of this isotope, others in the medical and scientific community began to take notice. Despite an initially tepid reception—efforts to patent the isotope failed as most offices deemed Tc-99m as an isotope purely for research and laboratory purposes — in 1961, BNL met the first order for a Tc-99m generator sent to Argonne Cancer Research Hospital for use in blood flow measurements.

There, the hospital’s Paul Harper observed Tc-99m’s application to imaging thyroid gland and brain tumors, sparking a new wave of interest. Within six years, the demand for BNL’s generator became so high that the Lab had to pass production to commercial generator companies. Today, Tc-99m is administered worldwide into more than 40 million patients annually.

In recognition of BNL’s role in the development of Tc-99m, the commercial Tc-99m generator producer Covidien (formerly Mallinckrodt) created an exhibit, “We are the Generators,” that was presented at the last Annual Congress of the European Association of Nuclear Medicine in Vienna, Austria, in October, 2010. Covidien asked Srivastava to represent BNL at the exhibit, which recounted Tc-99m’s history.

In addition, at this year’s Annual Meeting of the Society of Nuclear Medicine (SNM) in San Antonio, TX in June 2011, Covidien put together and donated a framed display describing the story of the development of the Tc-99m generator at BNL that was auctioned at the SNM Annual Meeting silent auction to benefit the Society of Nuclear Medicine. At this meeting, a “Breakfast with Covidien” meeting on “Global Mo-99/Tc-99m Supply: A Look Forward” was heavily attended.

Indeed, as attested by sources such as a House of Representatives Bill, 7/21/09, and an article in Nature, 12/12/09, the global supply of Tc-99m has dramatically decreased, creating a crisis situation. Considerable effort is being made by various countries, including the U.S., to develop technology to replenish the availability. Certain options being considered include developing high-current electron accelerators that use x-ray technology to produce molybdenum-99, from which Tc-99m is made.

“Speaking for the Lab, we feel proud to have contributed so much to this field,” Srivastava said. “BNL has been the birthplace of many medical isotopes, and the research done here has improved millions of lives, and enabled early stage diagnoses, the key to saving patients. This research has immensely benefited humanity.”