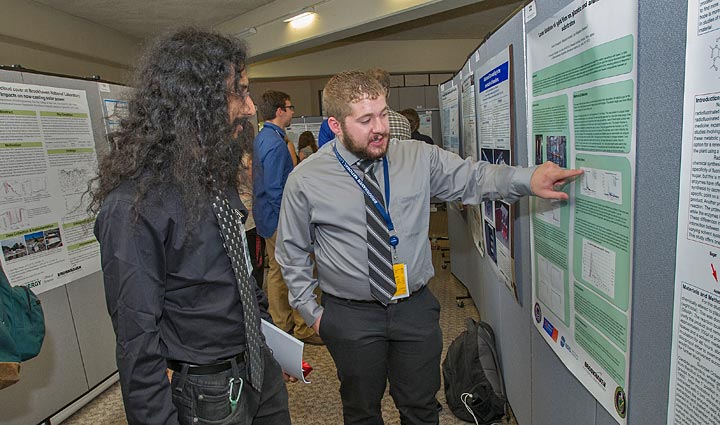 This year's crop of Brookhaven National Laboratory summer interns have come and gone, once again invigorating the Lab with their energy and passion for science, technology, engineering, and mathematics (STEM) research.

Coming from universities across the country, more than 180 interns participated in research projects in every corner of the U.S. Department of Energy (DOE) Lab — from nanotechnology to nuclear physics, and renewable energy to nonproliferation. Hand selected by their Brookhaven mentors from a competitive candidacy of thousands of students ranging from high school to the graduate level, the interns got to experience what a career would be like at a national lab. The program — which dates back in some form at Brookhaven to 1952 — supports development of the STEM workforce of the future, whether the interns end up at a university, in industry, or back at a national lab.

“What we want to convey to you is the sense of fun in doing research,” Deputy Lab Director for Science and Technology Robert Tribble said at the closing ceremony. “I hope you’ll take that sense of fun with you back to your universities, think about staying in STEM, and continue on to a research environment in later years. I think you will find that it’s a way that we as scientists can pay back society, and in many cases, help pave the way for advances in society.”

At the culmination of their time here, the summer students presented their research in a poster session aimed at attendees of various scientific backgrounds — encouraging them to communicate their slice of science to those less familiar with it. A number of students were also selected to give full presentations on their research to attentive audiences comprised of their fellow interns, mentors, and colleagues.

Representing the diversity of research at the Lab

At the poster session, Berkner Hall buzzed with excited interns sharing the research that they spent months pouring themselves into, their faces alight with new discoveries. Research that the interns carried out this summer truly reflected the many topics and facets of the Lab, with some projects even focusing on improving Brookhaven’s energy efficiency or day-to-day operations. Some examples: 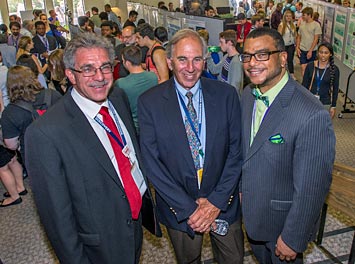 In their time here, the interns forged valuable relationships with their mentors, colleagues, and fellow students that will help them launch their STEM careers, and benefit them for years to come.

Ken White, manager of the Office of Educational Programs, said at the closing ceremony that Brookhaven scientists work hard to make interns feel like they are part of the research team.

Tribble ended his remarks with a call to action: “We need you in the long run to help out the country. It’s really important for young students to go into these STEM-related areas and stay in them through their graduate years.”