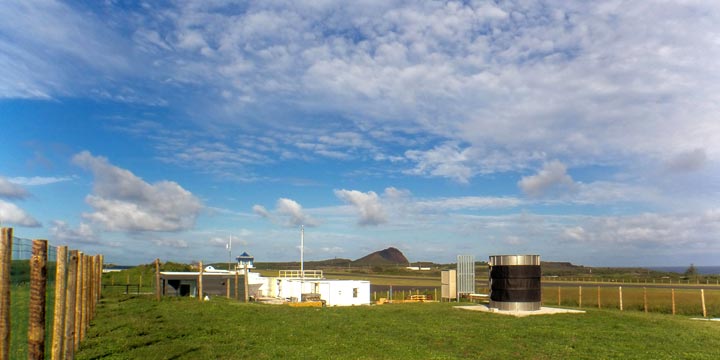 ARM's Eastern North Atlantic observation facility on Graciosa Island in the Azores will collect data on the interaction of clouds, aerosols, and precipitation as part of the ACE-ENA field campaign to investigate the impact of aerosols on low-lying marine clouds. Image courtesy of U.S. Department of Energy ARM Climate Research Facility.

These campaigns will deploy ARM’s advanced aircraft- and surface- based instrumentation to explore the interactions between clouds and the environment in two remote regions of the globe: the Eastern North Atlantic and the Argentinian Andes. The data collected in these experiments will shed light on regional climate dynamics and improve global climate simulations. They were among five missions recently selected by ARM, to deploy key components of its facility between 2016 and 2019.

Jian Wang, a researcher in Brookhaven Lab’s Environmental and Climate Science Department, will lead the Aerosol and Cloud Experiments in the Eastern North Atlantic (ACE-ENA) campaign to investigate marine boundary layer clouds over the Atlantic Ocean.

Wang says that this persistent layer of clouds plays a major role in global climate by acting as a solar “mirror.”

“By reflecting a large portion of the incoming sunlight before it reaches the ocean surface, these clouds have a significant impact on Earth’s energy balance,” Wang said. “But despite this importance, the atmospheric processes that control the properties of these clouds are poorly understood.”

Aerosols, tiny airborne particles, have a strong impact on the formation of marine boundary layer clouds, but the magnitude of this impact is unclear —a major source of the uncertainty in global climate models. A big challenge is measuring both aerosols and clouds, and how they vary with space and time, over the ocean.

In summer 2017 and winter 2018, the campaign will use instruments aboard the ARM Aerial Facility (AAF) Gulfstream-1, a twin turboprop aircraft, to collect data on clouds and aerosols above the Azores, an island archipelago 850 miles west of continental Portugal. Radars and other instruments stationed at ARM’s permanent research site on the Azores’ Graciosa Island will simultaneously monitor precipitation and cloud cover from the ground.

“A key advantage of this campaign is the coupling of the measurements from the aircraft with those taken from the surface,” Wang said. 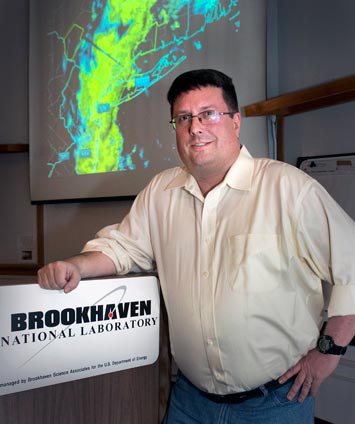 Brookhaven Lab's Michael Jensen is a member of the CACTI campaign team.

Michael Jensen, also a researcher in Brookhaven Lab’s Environmental and Climate Science Department, is a member of a team set to investigate violent storms that rock the rugged Córdoba mountain range in north-central Argentina. This mission, planned for September 2018 to April 2019, will be part of ARM’s Cloud, Aerosol, and Complex Terrain Interactions (CACTI) experiment.

“This region is host to some of the most intense thunderstorms on the planet,” Jensen said. “Data are needed to improve modeling of the location and timing of storms, the strength and extent of storms, and the feedbacks in the environment.”

To gather this data, the team will use a combination of cloud and precipitation radars, remote sensing instrumentation, and surface aerosol and meteorological instruments stationed 3,500 feet above sea level in the Sierras de Córdoba mountain range. They will also fly the AAF Gulfstream-1 to take measurements from the air. 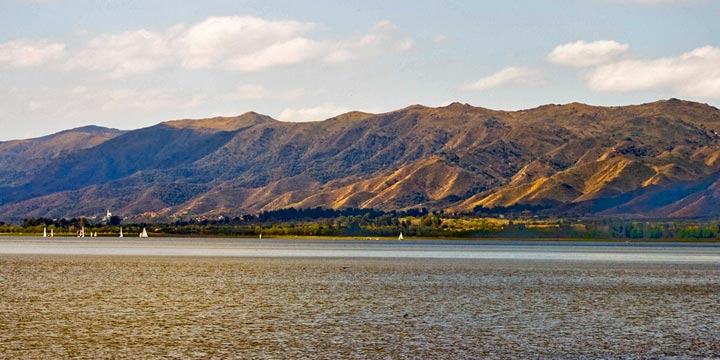 The CACTI field campaign will deploy surface- and aircraft- based instrumentation to the Córdoba mountain range of north-central Argentina to collect data on the initiation and lifecycle of violent storms in the region. Image courtesy of Carlos Marro and licensed under CC BY 2.0 via Creative Commons.

The campaign is set to collect unprecedented amounts of data on the interaction between storms and the environment in subtropical South America, and promises to improve long-term climate simulations in this critical agriculture region.