Brookhaven Awards are given to recognize key contributors in support functions whose performance and achievements represent outstanding service to the Laboratory. The 2016 Brookhaven Award recipients are: 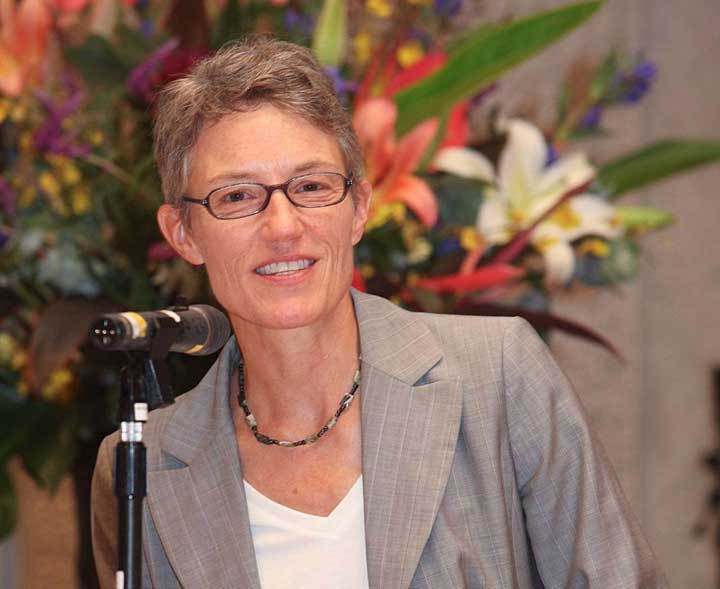 In the past decade, Barbara Hoffheins has served the Laboratory in several important capacities: Liaison Officer for the International Safeguards Project Office from 2005 to 2009 and from 2013 to the present, and as coordinator of the U.S. Support Program to the International Atomic Energy Agency (IAEA) Safeguards Department since 2013.

In these roles, Hoffheins has used her education, and her vast experience and expertise in program and project management, international nuclear safeguards, and the development of radiation detector systems to interface with the IAEA on behalf of Brookhaven Lab and the U.S. Departments of State, Energy, and Defense as well as the Nuclear Regulatory Commission.

The U.S. government has entrusted Hoffheins with the responsibility of advising national laboratory representatives participating in IAEA meetings and technical exchanges of their responsibilities as representatives of the United States. She also analyzes projects proposed by the IAEA with respect to their technical feasibility and the international political environment in which the IAEA operates. 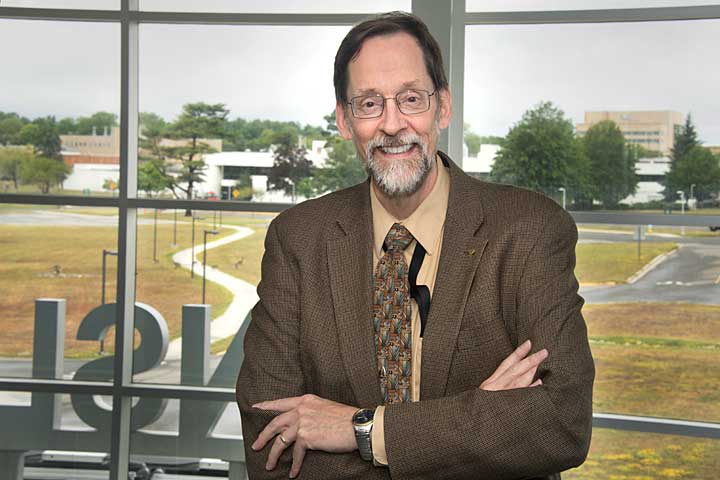 Erik Johnson has made numerous and significant contributions to Brookhaven Lab in his 30+ years here—from his days at the National Synchrotron Light Source (NSLS) and his foundational role in the NSLS-II project to his current role leading new beamline construction at NSLS-II.

During the NSLS-II project's early stages, Johnson led development of cost estimates and evaluations among alternatives to help shape the facility's conceptual design. He took the lead in working with other U.S. synchrotron facilities to ensure that researchers could continue experiments during the "dark period" after the closure of NSLS as NSLS-II was ramping up. Johnson is presently responsible for overseeing projects to construct major beamline at NSLS-II.

Johnson has high degrees of technical knowledge, organization, management, and interpersonal skills. He demonstrates creativity as well as perseverance to manage complex environments, achieve milestones with aggressive schedules, and bring out the best in his colleagues. Everything Johnson does is done with rigor, care, and distinction and his contributions, collectively, will provide the Laboratory lasting benefits for decades to come. 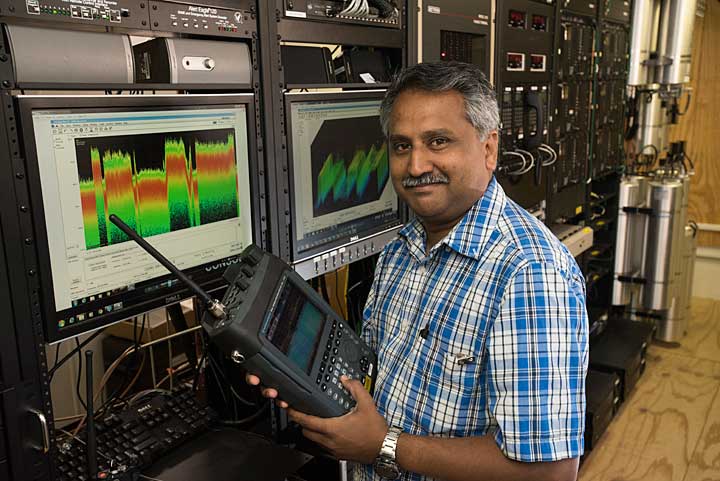 Anand Kandasamy is a principal electrical engineer who has had a wide-ranging impact on the management of the Lab's spectrum and radio communications.

Kandasamy's unique skill set and knowledge of narrow band transmitters and day-to-day wireless communications support both research and operations—particularly for the Collider-Accelerator Department and National Synchrotron Light Source II facilities, the Lab's emergency response teams, and the Radiological Assistance Program. Known as the "go to person" for radio communications, Kandasamy routinely works with his counterparts from other agencies including the FBI, New York State Office of Communications, Suffolk County Police Department, and local fire districts.

Granted authority by the U.S. Department of Energy's Brookhaven Site Office, Kandasamy oversees Laboratory purchases of radio frequency and spectrum devices, ensuring the Lab meets all regulations and compliance requirements. His oversight of radio telemetry, remote controls for heavy equipment and fire alarm systems—combined with his outstanding work ethic—make him an invaluable asset to the Laboratory. 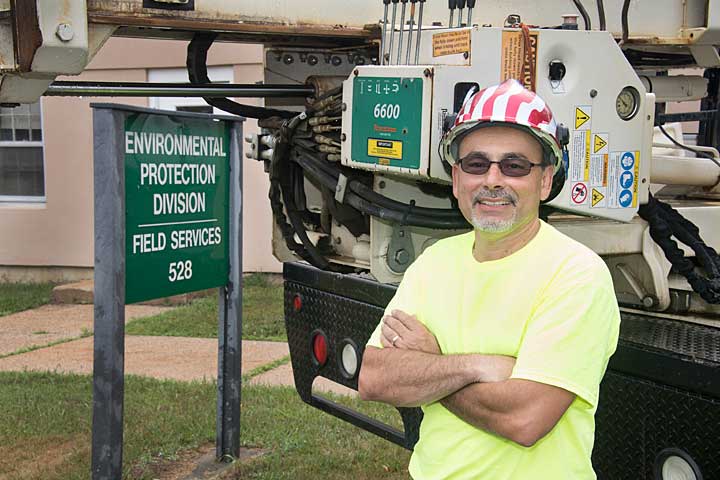 For 34 years, Rich Lagattolla has played a vital role in assessing the impact of Laboratory operations on the natural environment—collecting samples and measurements to fulfill Department of Energy orders, maintaining operating permits, and fulfilling obligations under the Lab's environmental restoration program.

Lagattolla oversees the collection of more than 5,000 soil, sediment, groundwater, and plant samples each year. While much of his activity occurs behind the scenes, the results of his hard work and dedication to excellence are felt throughout the community, and strengthen the Lab's reputation as a good neighbor.

In particular, Lagattolla's expertise in environmental and waste sampling techniques has helped the Lab to identify and remedy—and prevent—multiple concerns over the years, going back to the High Flux Beam Reactor to present day remediation and environmental monitoring efforts.

Lagattolla is exacting and dedicated. He cares about the Lab, its neighbors, and his teammates, working with the utmost attention to safety. And he sets a fine example for his colleagues in the Environmental Protection Division and throughout the Lab. 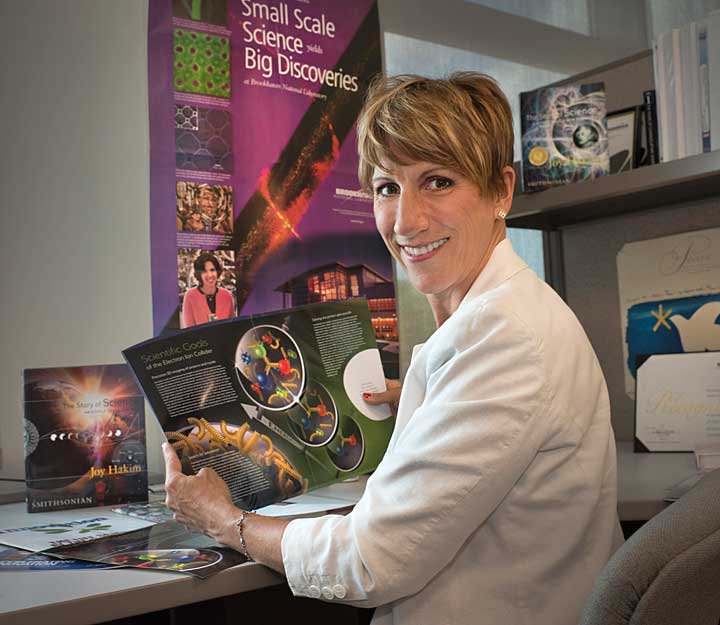 For almost 17 years, Karen McNulty Walsh has been THE voice of science communication at Brookhaven Lab. She's written hundreds of news releases and feature stories—plus fact sheets, brochures, and posters—about the Lab's science and people, resulting in thousands of news articles and TV reports about our work in support of the U.S. Department of Energy's (DOE) mission and on behalf of the nation.

McNulty Walsh has built key relationships with reporters and science writers at top-tier publications, and hosted hundreds of media visits to the Lab. She has organized high-visibility conference symposia and press briefings, showcasing the Lab's science to the world. And she has mentored her colleagues and science-writing interns in the program she designed and manages.

McNulty Walsh has been recognized by Office of Science communications leadership as one of the most accomplished science writers in the DOE complex. She has served on multiple communication panels and reviews organized by the Office of Science, sharing her expertise with others. Also, her interactions with researchers continue to help them understand the important role communication plays in generating public support for the Lab and its mission.