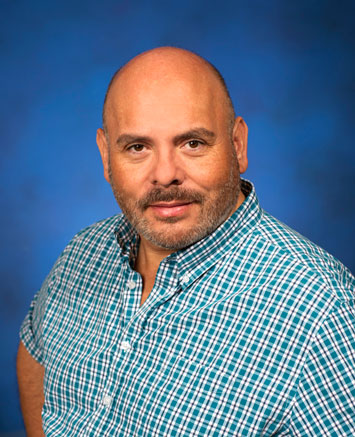 Since 1952, the Department of Energy’s (DOE) Brookhaven National Laboratory has been home to a national resource whose existence is not widely known outside of its customer base: the National Nuclear Data Center (NNDC), a user facility with a research mission.

Alejandro Sonzogni, the new director of the NNDC, sees his mission as adapting the NNDC group’s activities to meet the changing needs of the nuclear community and spreading the word about the services the group offers.

The NNDC collects, evaluates, archives, and disseminates information on nuclear structure and nuclear cross-sections for basic nuclear research and applied nuclear technologies. The data are kept in dedicated numerical libraries, which are periodically reevaluated and updated. The information is the product of the NNDC-coordinated U.S. Nuclear Data Program that involves several national laboratories, universities, cooperating data centers, and other interested groups worldwide. There are two other major data banks operated by international organizations—one in Paris and another in Vienna.

Sonzogni succeeds Michal Herman, who had led the NNDC since 2008.

“The NNDC has served the nuclear science community for many decades, providing a valuable service in evaluating nuclear data,” said Robert Tribble, Brookhaven Lab’s Deputy Director for Science & Technology. “We appreciate the work done by Michal Herman during his tenure as director and look forward to the center flourishing under Alejandro's leadership.”

“Mike Herman continued the history of excellence of the NNDC, where he not only oversaw the increased growth in the number of users and retrievals that the NNDC has seen since 2000 but also oversaw the initiation of new programs to lead the entire U.S. Nuclear Data Program into the 21st century,” said William Horak, chair of Brookhaven’s Nuclear Science Technology Department.

“We have some core functions that we will continue and strengthen, but we need to remain flexible because the nuclear landscape changes over time and we need to adapt to the changes,” Sonzogni said.

For example, the group recently began experimental activities in support of Brookhaven’s medical radioisotopes program, which ensures that all the radionuclides used for medical diagnoses are readily available to hospitals.

“We are performing experiments on nuclides such as rubidium-82, which is used for imaging of the heart,” Sonzogni said. “The goal is to more accurately characterize the radiation produced; we are also working to measure some cross sections."

The group is also involved in studying a recent result from the Daya Bay Reactor Neutrino Experiment in China that revealed a possible flaw in predictions from nuclear theory. Scientists found that the number of neutrinos detected less than half a mile from the reactor was lower than predicted.

“We adapted our databases to calculate the anti-neutrino spectrum from a nuclear reactor,” Sonzogni said. “We have published two articles and also organized a couple of workshops on how to calculate that.”

There are a total of 11 staff members working in the NNDC group—eight physicists and a similar number of consultants, along with several retirees, a secretary, and a librarian.

“Our library is very important,” Sonzogni said. “It was recognized a number of years ago by the American Nuclear Society as a national resource. We have copies of every article published on nuclear physics. In some cases, these articles were published by organizations that are no longer active, so we have the only copies. We have digitized lots of them.”

Every year since 1966, the NNDC has sponsored a meeting in November at Brookhaven, now referred to as Nuclear Data Week. Up to 100 people have attended every year to interact and advance ideas.

The NNDC also has a relationship with the International Atomic Energy Agency’s (IAEA) Nuclear Data Section, the other main source for nuclear data.

“The information that we have, the way we present it, and what data we gather has been evolving because we are a 64-year-old group getting feedback from the new users,” said Sonzogni. “That will be the main challenge for everyone who works here: to evolve.

“When I came to work here, we had our own server, an expensive machine that needed a lot of air conditioning, and, when the server failed, the users couldn’t get anything out of us,” he said. “Now that all servers are managed by Brookhaven’s Information Technology Department (ITD), we don’t have to worry about things like air conditioning. That has increased our productivity considerably because ITD does everything systematically. They scan for viruses and make sure that everything is running safely. I feel that if we had been stuck in that old model, we would not have survived because it’s so onerous and so expensive to be responsible for our own servers. This a good example of how things are evolving.”

Sonzogni said the group has also changed a lot since he arrived 17 years ago, although they are still pursuing the same mission.

“I believe that I am probably the fifth generation in the group since it began,” he said. “I never met and talked to the earliest generation, but it’s interesting to see how the group has evolved. When I came, I was a junior person, and, in October, I will be the most senior physicist in the group. So in 17 years, I went from being the baby to the grandfather!”