On the crisp fall morning of September 25, a group of Lab employees, along with friends and family members, boarded a bus at the Brookhaven Center and headed to Brooklyn to participate in the annual Stephen Siller Tunnel to Towers 5k walk/run. The event is named after Brooklyn Squad 1 firefighter Stephen Siller, who upon hearing the news of the terrorist attack in New York City on September 11, 2001, put on 60 pounds of firefighting gear and ran through the Battery Tunnel to the World Trade Center to help his fellow emergency responders. Sadly, Siller lost his life during the rescue effort, but his family sponsors the annual event to help the families of 9-11 victims and support burn centers around the country. The event is held in various cities throughout the United States and draws thousands of participants. 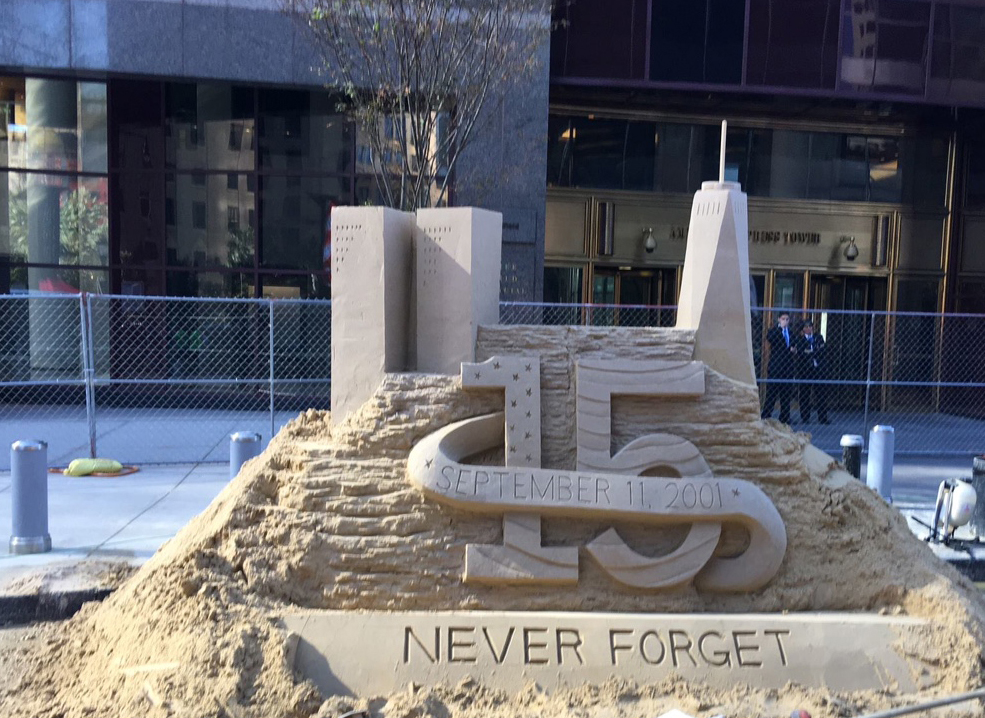 Around the halfway point of the race, participants stepped outside of the Battery Tunnel where they were greeted by 343 uniformed firefighters (343 is the total number of New York City firefighters who  died on 9-11), each holding a flag of a deceased firefighter. Over 7,000 American flags, representing the number of military personnel who have died since 9-11 protecting our nation and our freedom, lined the route of the race.

“Shaking hands with those firefighters made it very real and personal to me,” said Nora Sundin, manager of the Lab’s Stakeholder Relations Office who organized the event for the Lab. “We all came together to honor and remember those who lost their lives on that tragic day.”

“For me, retracing the steps of Stephen Siller reminds us not only of the tragedy of that day, but of the bravery of those who responded to the scenes for the rescue efforts,” said Brian Buckheit, a security police officer in the Laboratory Protection Division who has participated in the event many times. “I believe this is how our firefighters and police live every day — demonstrating bravery that protects our nation and its citizens. We should never forget.”

Note: Brookhaven Science Associates, the company that manages the Lab for the U.S. Department of Energy, sponsored the bus for Lab participants.