By Ping Liu, Sanjaya Senanayake, and José A. Rodriguez 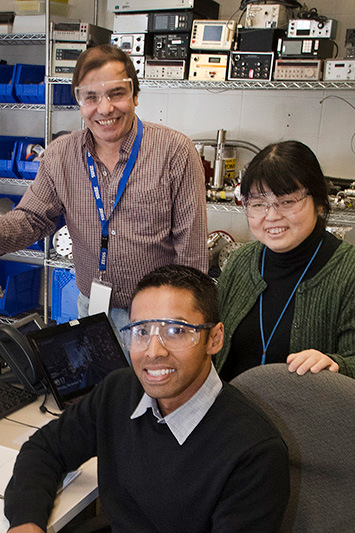 Our group has developed a catalyst for converting methane, the main component of abundant natural gas, directly to methanol at fairly low temperatures. Refining this catalyst could lead to a major commercial breakthrough—an inexpensive way to convert methane into methanol and other fuels or feedstocks for the synthesis of commodity goods such as plastics, paints, and textiles.

Currently converting methane to methanol is a two-step process, with the first step being extremely energy-intensive, and therefore expensive. Many scientists have been exploring direct, single-step methods. So far, these methods have been inefficient, resulting in low methanol production because the reaction tends to proceed all the way to carbon monoxide or carbon dioxide—effectively “eating up” the hydrocarbon intermediates that could serve as building blocks for useful products. These reactions also run at high temperatures, around 600K (620°F) and the cost is high. Lowering the temperature appears to be a key to controlling the reaction.

We used computational resources at the Center for Functional Nanomaterials (CFN), a DOE Office of Science User Facility, to model these interactions. These simulations helped us identify the underlying mechanism and the active sites that enable such high activity at low temperature and the selective production of methanol. 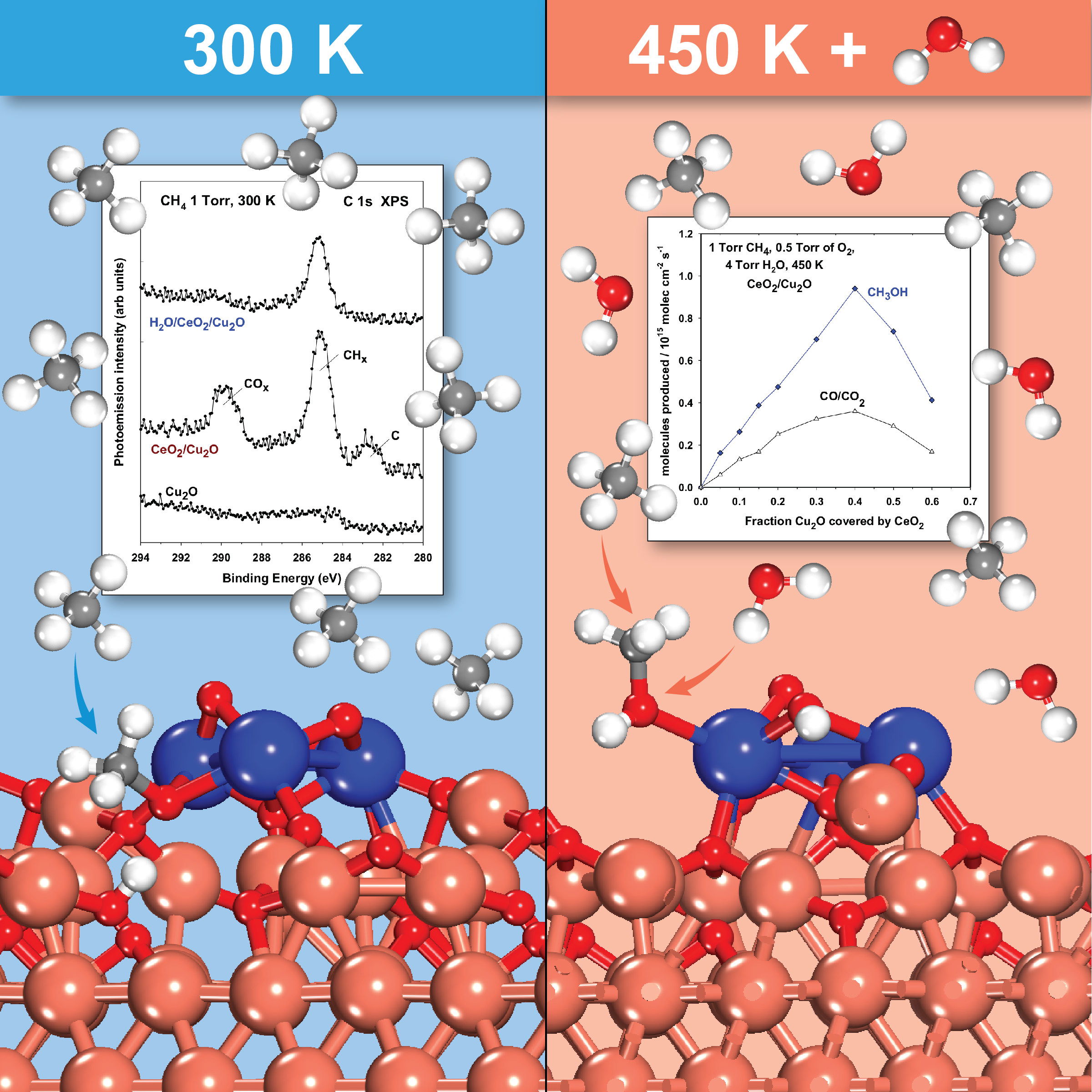 We found that the combination of ceria and copper-oxide removes sites that would decompose the intermediate hydrocarbon fragments, and generates centers that actively attract and dissociate methane.

Based on this fundamental understanding, we are exploring other low-cost metal compounds to see if we can improve this catalyst in terms of methane conversion and methanol selectivity.

This research, published in JACS Communications, helps identify key principles for low-temperature catalysts that could eventually be used to capture methane and convert it to methanol at natural gas wells, thus producing an easy-to-transport, stable liquid. But more work will be needed to turn the current model catalysts into practical powder catalysts that are inexpensive, durable, selective, and active enough for commercial applications.

This work was funded by the DOE Office of Science (BES).