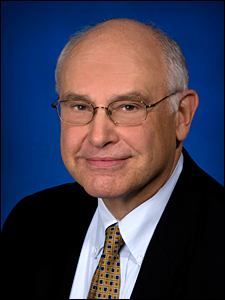 UPTON, NY — William Horak has been named chair of the new Department of Nuclear Science and Technology at the U.S. Department of Energy’s Brookhaven National Laboratory (BNL), effective October 1. For the past 10 years, Horak has served as chair of the Energy Sciences and Technology Department, where he supervised scientists and engineers developing and implementing technical projects in a wide variety of energy-related fields.

In creating the new department, Gerald Stokes, Associate Laboratory Director for Global and Regional Solutions, said, “The creation of a Department of Nuclear Energy is an important step for Brookhaven at this time. The pressure to decrease emissions of carbon dioxide to the Earth’s atmosphere means that nuclear energy has a chance to play a role in future U.S. and global energy generation. BNL’s long involvement and considerable experience in nuclear energy makes it a natural place to create such an organization”.

Horak will oversee a budget of $18 million and roughly 50 employees.

Horak said, “It’s becoming clear that we cannot meet our carbon reduction goals without some role for nuclear energy, especially in the near future. For the longer term, we want to look at alternative nuclear energy systems, including those that use accelerators instead of nuclear reactors and fuels such as thorium instead of uranium and plutonium.”

Horak has a B.S. in aeronautical and astronautical engineering and an M.S. and a Ph.D. in nuclear engineering from the University of Illinois. He is an internationally recognized expert on energy issues and has served on numerous boards, committees, and panels, both in the U.S. and for international organizations, such as the European Bank for Reconstruction and Development.

Since coming to Brookhaven in 1979 as an assistant nuclear engineer, Horak has served as group leader for the International Projects Division for the then-Department of Nuclear Energy and head of the Energy and Nuclear Technology Division of the Department of Advanced Technology. He had a lead role in the Department of Energy's activities in response to the Chernobyl accident, including evaluations of Soviet-designed facilities. He has implemented and managed numerous programs in nuclear safety, international safeguards, and energy-system development. In his current position, Horak initiated new research programs on materials for extreme environments, hydrogen storage, and advanced battery design.