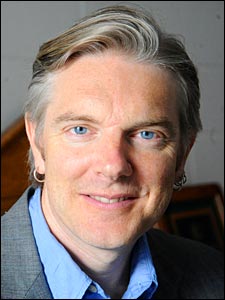 UPTON, NY — With dimensions measuring billionths of a meter, nanoparticles are way too small to see with the naked eye. Yet it is becoming possible for today’s scientists not only to see them, but also to look inside at how the atoms are arranged in three dimensions using a technique called nanocrystallography. Trouble is, the powerful machines that make this possible, such as x-ray synchrotrons, are only available at a handful of facilities around the world. The U.S. Department of Energy’s Brookhaven National Laboratory is one of them — home to the National Synchrotron Light Source (NSLS) and future NSLS-II, where scientists are using very bright, intense x-ray beams to explore the small-scale structure of new materials for energy applications, medicine, and more.

But a Brookhaven/Columbia Engineering School team of scientists, in collaboration with researchers at DOE’s Argonne National Laboratory (ANL) and Northwestern University, has also been working to develop nanocrystallography techniques that can be used in more ordinary science settings. They have shown how a powerful method called atomic pair distribution function (PDF) analysis — which normally requires synchrotron x-rays or neutrons to discern the atomic arrangements in nanoparticles — can be carried out using a transmission electron microscope (TEM) — an instrument found in many chemistry and materials science laboratories.

The researchers describe the TEM-based data-collection technique and computer-modeling analyses used to extract quantitative nanostructural information in a paper just published in the May 2012 issue of the journal Zeitschrift fur Kristallographie.

“The ability to collect PDF data using an electron microscope places this powerful nanocrystallographic analysis method into the hands of scientists who need it most — the people synthesizing novel nanoparticles and nanostructures,” said Simon Billinge, a researcher at both Brookhaven and Columbia University’s School of Engineering and Applied Science and a long-term user of the NSLS, who led the research.

“The next generation of high-performance materials that scientists are studying for applications like batteries, fuel cells, drug delivery, and photovoltaics are highly complex. We are trying to engineer them at the nanoscale to give them particular properties to improve their performance. A huge experimental challenge is to characterize experimentally these heterogenous, nanostructured, complex materials — including determining where the atoms are located, their dynamics, and how they interact with outside stimuli such as photons of light. If people want lighter laptops with more computing power and longer battery life to take with them in their emission-free cars that go 400 miles without a fill-up/recharge — and which pull away from the stoplight like a Ferrari — then we scientists are going to have to solve these problems! Our research is a tiny (but important) step in that direction.”

“State-of-the-art experiments will still be carried out at x-ray synchrotrons and high-tech neutron-scattering facilities,” said Billinge, a professor of Materials Science and Applied Physics and Applied Mathematics at Columbia Engineering. “But this new development removes significant barriers to more widespread use of the method, potentially making PDF part of the standard toolkit in materials synthesis labs. It’s rather like moving nanocrystallography from being available only with a prescription to being available over the counter,” he said.

In both the synchrotron and TEM-based methods, the essential technique is the same: bombard a sample with a beam — x-rays, in the case of a synchrotron, or electrons at a TEM — and measure how the rays/particles interact with and bounce off the atoms in the sample. The result is a diffraction pattern that can be translated into measurements of the distribution of distances between pairs of particles within a given volume — the atomic pair distribution function (PDF). Scientists then use computational programs to convert the PDFs into 3-D models of atomic structure.

Electron diffraction had been used to study the structure of molecules in the gas phase and amorphous thin films, but initially, scientists didn’t think that electrons would be appropriate for obtaining reliable PDFs from critical nanocrystalline materials because, unlike x-ray photons, electrons scatter strongly, distorting the diffraction pattern. This new work demonstrates that, under the right circumstances and with the correct data processing, quantitatively reliable PDFs of small nanoparticles — precisely the ones that are difficult to characterize using standard methods — can be obtained with the TEM.

Another advantage is that the technique allows analysis of atomic-level structural arrangements using the same tool already used to obtain low- and high-resolution images and chemical information for nanostructures — that is, the same TEM can be used to provide complementary kinds of information.

“The fact that the real-space images and the diffraction data suitable for structural analysis can be obtained at the same time from the same region of a material results in more complete information for the characterization of the sample,” said Milinda Abeykoon, a postdoctoral researcher at Brookhaven and the first author of the paper.

In the current study, scientists working with co-author Mercouri Kanatzidis at Northwestern University and ANL synthesized nanocrystalline thin films and gold and sodium chloride (NaCl) nanoparticles and used a TEM at Northwestern to acquire PDFs of these samples. The Brookhaven/Columbia group studied similar samples using synchrotron x-rays at NSLS, and analyzed all the data before comparing the resulting PDFs and atomic structures.

The PDFs from the x-ray and electron data were highly similar.

“In some cases the strong electron scattering did introduce some distortions in the PDF, as originally feared,” Billinge said. “However, surprisingly these problems only affected certain less important structural parameters — and even resulted in an enhancement of the signal in a way that may be used in the future to yield a higher resolution measurement. That was an unexpected gift!”

The research team is continuing to look for ways to remove barriers to data processing to make the method more straightforward — and move it from proof-of-principle concept into widespread standard use.

Columbia University's Fu Foundation School of Engineering and Applied Science, founded in 1864, offers programs in nine departments to both undergraduate and graduate students. With facilities specifically designed and equipped to meet the laboratory and research needs of faculty and students, Columbia Engineering is home to NSF-NIH funded centers in genomic science, molecular nanostructures, materials science, and energy, as well as one of the world’s leading programs in financial engineering. These interdisciplinary centers are leading the way in their respective fields while individual groups of engineers and scientists collaborate to solve some of modern society’s more difficult challenges. http://www.engineering.columbia.edu/