The following news release was issued today by Brookhaven Science Associates, the company that manages Brookhaven National Laboratory for the U.S. Department of Energy's Office of Science. 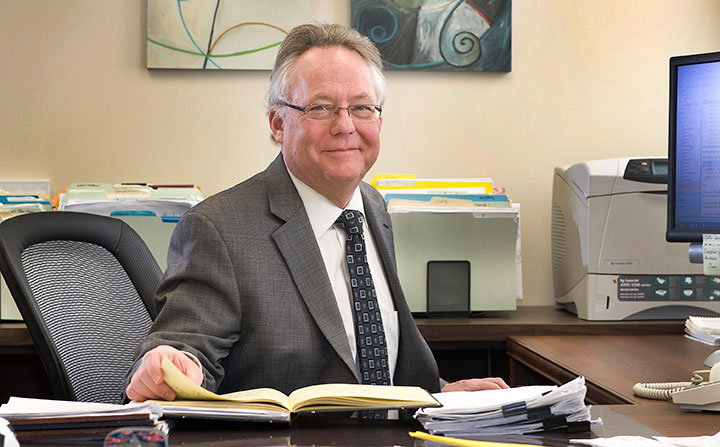 Gibbs, a physicist, has served as the Lab's Interim Director since former Director Sam Aronson stepped down in December 2012. Today's announcement was made following an extensive nationwide search conducted by a committee appointed by the BSA Board.

In a joint statement, BSA Board Co-Chairs Ron Townsend (Executive Vice President, Global Laboratory Operations, for Battelle) and Samuel L. Stanley Jr., M.D. (President of Stony Brook University) said, "We are pleased to announce the appointment of Doon Gibbs as the new laboratory director. He has demonstrated the strong, effective leadership skills needed to guide the lab through the challenges ahead and to take Brookhaven to even higher levels of scientific excellence."

"Doon is an excellent scientist, and with his experience as Deputy Director will be a strong leader of Brookhaven Lab," said William F. Brinkman, Director of DOE's Office of Science.

Prior to becoming Interim Director, Gibbs served as Brookhaven's Deputy Director for Science and Technology, overseeing the Laboratory's wide-ranging research operations. He now takes the helm of a multi-program national laboratory with 3,000 employees, more than 4,000 facility users, and an annual budget of more than $700 million.

"It's a privilege and an honor to be the Director of Brookhaven Lab, and I thank the Board for this opportunity," said Gibbs. "The Lab is a great institution, known for its world-class science, its unique facilities, and the remarkable people who make all of that happen. I'm excited about our working together to answer the nation's most important scientific questions — to advance our understanding of the world, develop impactful new technologies, and set the standard for excellence in science and operations."

Doon Gibbs earned a B.S. in physics and mathematics from the University of Utah in 1977, and an M.S. and Ph.D. in physics from the University of Illinois at Urbana-Champaign, in 1979 and 1982 respectively. He joined Brookhaven in 1983 as an assistant physicist and progressed through the ranks to become a senior physicist in 2000. Gibbs's managerial experience at Brookhaven includes the posts of Group Leader of X-ray Scattering, Associate and Deputy Chair of Physics, Head of Condensed Matter Physics, Interim Director of the Center for Functional Nanomaterials, and Associate Laboratory Director for Basic Energy Sciences. He became Deputy Laboratory Director for Science and Technology in 2007.

Gibbs was honored with the 2003 Advanced Photon Source Arthur H. Compton Award "for pioneering theoretical and experimental work in resonant magnetic x-ray scattering, which has led to many important applications in condensed matter physics." Gibbs was instrumental in overseeing the design and construction of Brookhaven's Center for Functional Nanomaterials, and has played a significant role in advancing other major projects including the National Synchrotron Light Source II and Interdisciplinary Science Building. He has also overseen the growth of Brookhaven's basic energy sciences programs, including chemistry, materials science, nanoscience, and condensed matter physics.

Gibbs is a Fellow of both the American Association for the Advancement of Science and the American Physical Society.