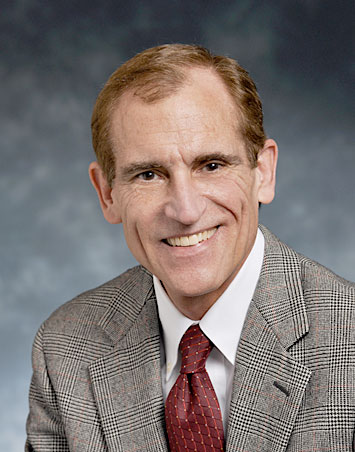 UPTON, NY – Robert Tribble, a widely respected physicist who has played a key role in charting the future direction of nuclear science in the U.S., has been named Deputy Director for Science & Technology at the U.S. Department of Energy's Brookhaven National Laboratory, effective February 24, 2014. Tribble is currently a Distinguished Professor of Physics & Astronomy at Texas A&M University (TAMU) and Director of the Cyclotron Institute and the Nuclear Solutions Institute there.

An experimental physicist whose work spans a broad range of topics, Tribble has conducted groundbreaking research exploring fundamental symmetries, the Standard Model, nuclear structure and reactions, nuclear astrophysics, and proton spin. He is widely credited with developing new tools and techniques that have advanced the field, and has also served as a member or chair of numerous long-range planning committees for the American Physical Society (APS) and the Nuclear Science Advisory Committee (NSAC, an advisory committee for the Department of Energy and National Science Foundation).

"We're very excited to have Bob Tribble join Brookhaven Lab in a key leadership role," said Laboratory Director Doon Gibbs. "His unique experience and insight into science in this country and around the world will be a great asset as we chart our plans for future research programs."

Brookhaven Lab employs about 3,000 scientists, engineers, technicians and support staff, hosts 5,000 visiting scientists each year, and has an annual budget of around $700 million. In his new position, Tribble will work closely with the Laboratory Director, Associate and Assistant Lab Directors, and the Science & Technology Steering Committee of the Brookhaven Science Associates (BSA) Board in charting the Laboratory's future research directions. Home to seven Nobel Prizes, Brookhaven Lab advances fundamental research in nuclear and particle physics to gain a deeper understanding of matter, energy, space, and time; applies photon sciences and nanomaterials research to energy challenges of critical importance to the nation; and performs cross-disciplinary research on climate change, sustainable energy, and Earth's ecosystems.

"Brookhaven Lab is a fantastic resource for New York State, the region, and the nation. With two major accelerator facilities—the powerful new National Synchrotron Light Source II and the Relativistic Heavy Ion Collider (RHIC)—it carries on the tradition of investigating fundamentals of science that have been the hallmark of the Lab since its beginnings," said Tribble.  "I'm deeply honored to join the team that will move the Lab forward in taking on new challenges, from expanding RHIC to the electron-ion collider eRHIC, to synthesizing new nanomaterials for materials and biosciences, to improving energy efficiency and developing new sustainable energy sources for the nation."

Tribble earned his B.S. with honors in Physics from the University of Missouri, Columbia (1969), and his Ph.D. from Princeton University (1973). He joined the Texas A&M University faculty in 1975, served as Department Head of Physics 1979-87, and has served as Director of the Cyclotron Institute since 2003. His numerous honors and awards include being named an Alfred P. Sloan Fellow (1976-80), a Fellow of the American Physical Society (1982), an honorary doctorate from Saint Petersburg State University, Russia (2009), and various awards recognizing his excellence in teaching and research.

Tribble has served as a member or chair of numerous committees for the APS and NSAC. He led the development of the most recent NSAC Long Range Plan for Nuclear Science, served on a recent Global Science Forum panel that evaluated the state of nuclear physics facilities around the world, was a member and is now chair of the International Union of Pure and Applied Physics Working Group 9, and was a member of the National Research Council decadal survey for nuclear physics, NP2010. Most recently, he chaired an NSAC subcommittee charged with making recommendations for achieving the vision of the Long Range Plan under constrained budget scenarios.  In that capacity he played a key role in communicating the importance of the U.S. Nuclear Science program—including research that takes place at Brookhaven Lab's Relativistic Heavy Ion Collider—and building support for an achievable path to maintain U.S. leadership in this field.