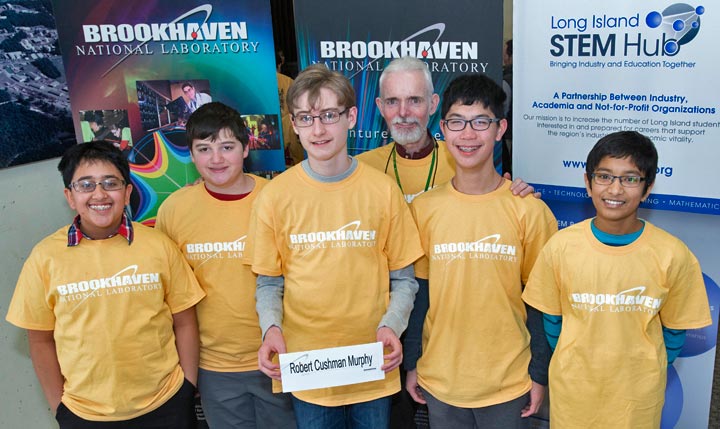 Student teams are comprised of four students, one alternate, and a teacher who serves as an advisor and coach. These teams face off in a fast-paced, question-and-answer format, being tested on a range of science disciplines including life science, earth and space science, energy, mathematics, and general science. The team answering the most questions correctly wins the top honor.

"The National Science Bowl® has grown into one of the most prestigious science academic competitions in the country and challenges students to excel in fields vital to America's future," U.S. Energy Secretary Ernest Moniz said. "I congratulate these students for advancing to the National Finals, where they will be among some of the brightest science and math students from across the country."

The competition at Brookhaven is sponsored by Brookhaven Science Associates (BSA), the company that manages and operates the Lab for the U.S. Department of Energy. BSA provides additional support as well as Science Bowl t-shirts for all participating students and the trophies and medals for the winning teams.