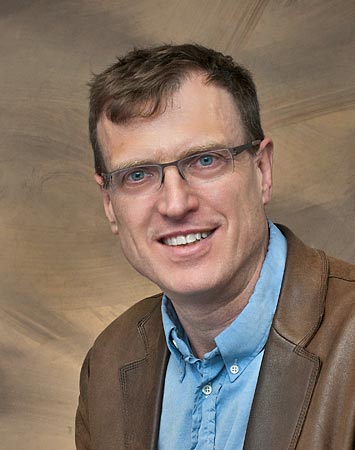 UPTON, NY— High-performance computing and wrangling "big data" are essential for scientists working at the frontier of many fields of science.  As leader of the new Center for Data-Driven Discovery (C3D) at the U.S. Department of Energy's Brookhaven National Laboratory, Robert Harrison aims to consolidate and capitalize on the Lab's existing world-leading capabilities in big data to advance science initiatives across the Lab and to foster increased collaboration with academia and industry.

"Establishing C3D is very important first step for the Lab's recently announced Computational Science Initiative (CSI)," said Harrison. "This is an opportunity to grow computational and data-science as one of our recognized core capabilities to serve the growing science and engineering missions of Brookhaven Lab and the various programs and missions of the Department of Energy."

Harrison has the right background for the task. He is the Founding Director of the Institute for Advanced Computational Science (IACS) at Stony Brook University and Director of Brookhaven's Computational Science Center (CSC), holding a joint appointment with the two institutions. He has also been named Interim Director of CSI. His own research showcases the growing importance of computation and data in advancing scientific discovery.

"This is an opportunity to grow computational and data-science as one of our recognized core capabilities to serve the growing science and engineering missions of Brookhaven Lab and the various programs and missions of the Department of Energy."

"My personal research interests are in theoretical and computational chemistry— modeling the electronic structure of atoms and molecules from which we can predict everything we want to know about chemistry and materials," said Harrison. "But the equations that model electronic structure are very complex, and that constrains our ambition to know everything. It forces us to adopt the use of the largest and most powerful computers to make predictions and prepare for experiments. And, increasingly, interpreting the vast amount of data produced by modern experiments like those that will take place at the Lab's National Synchrotron Light Source II requires advanced computing and modern data processing systems and software such as you might find in use in the commercial cloud." 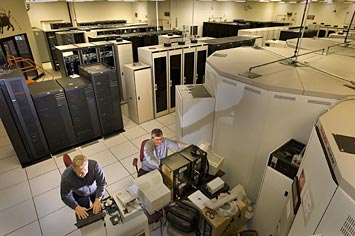 Harrison sees C3D as a place to consolidate individual strengths in computational science into a collective group that will have more impact as a whole. The Center will draw on the leadership in scientific data and management analysis systems already in place at the CSC and coordinate contributions from programs across the Lab—including the RHIC/ATLAS Computing Facility, the Condensed Matter Physics and Materials Science Department, Photon Sciences, Environmental Science, Biosciences, and elsewhere.

"There is an enormous amount of untapped synergy, both intellectual and technical, among all of these programs. The Center will serve as an organizational umbrella to realize opportunities for partnership that translate into untapped growth potential and showcase our capabilities to the outside world," Harrison said.

The C3D seminar program has been successful in bringing the accomplishments and capabilities of internal and external speakers to Lab-wide attention. Speakers so far have included high-energy physicist Torre Wenaus, astrophysicist Anze Slosar, and data scientist Shinjae Yoo. 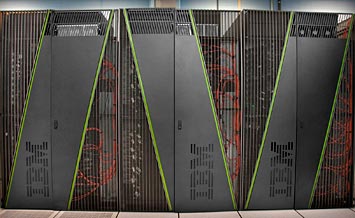 A very visible element of C3D and CSI is the New York Scientific Data Summit (NYSDS), an annual data-centered conference based in New York that will bring together data experts and users from different disciplines with a common desire to understand the huge volumes of data created by today's scientific applications. The objective of this conference is to accelerate data-driven discovery and to build communities and collaborations by bringing together researchers, developers and end-users from academia, industry, utilities, and state and federal governments.

This year, the NYSDS is scheduled for August 2-5, 2015. The theme of this year's conference is "Frontiers in Scientific Data." With keynote speakers from industry and international big-science projects, the two-and-a-half-day conference is organized into five sessions with topics including extreme science facilities, data for smart grid and sustainable energy, data for new types of materials, and environmental and urban science. The full program is available online.