Physicists Find a Novel Way to Switch Antiferromagnetism On and Off

The findings could lead to faster, more secure memory storage, in the form of antiferromagnetic bits 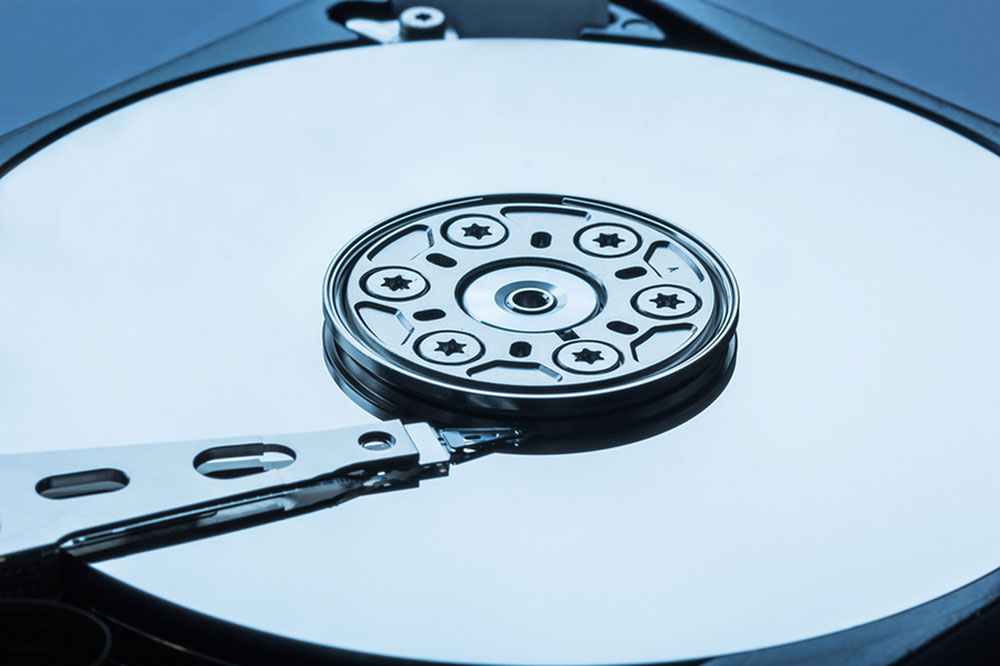 In turning antiferromagnetism on and off, physicists may have found a route toward faster, denser, and more secure memory devices. Credit: stock image.

When you save an image to your smartphone, those data are written onto tiny transistors that are electrically switched on or off in a pattern of “bits” to represent and encode that image. Most transistors today are made from silicon, an element that scientists have managed to switch at ever-smaller scales, enabling billions of bits, and therefore large libraries of images and other files, to be packed onto a single memory chip.

But growing demand for data, and the means to store them, is driving scientists to search beyond silicon for materials that can push memory devices to higher densities, speeds, and security.

Now MIT physicists have shown preliminary evidence that data might be stored as faster, denser, and more secure bits made from antiferromagnets.

Antiferromagnetic, or AFM materials are the lesser-known cousins to ferromagnets, or conventional magnetic materials. Where the electrons in ferromagnets spin in synchrony — a property that allows a compass needle to point north, collectively following the Earth’s magnetic field — electrons in an antiferromagnet prefer the opposite spin to their neighbor, in an “antialignment” that effectively quenches magnetization even at the smallest scales.

The absence of net magnetization in an antiferromagnet makes it impervious to any external magnetic field. If they were made into memory devices, antiferromagnetic bits could protect any encoded data from being magnetically erased. They could also be made into smaller transistors and packed in greater numbers per chip than traditional silicon.

Now the MIT team has found that by doping extra electrons into an antiferromagnetic material, they can turn its collective antialigned arrangement on and off, in a controllable way. They found this magnetic transition is reversible, and sufficiently sharp, similar to switching a transistor’s state from 0 to 1. The results, published today in Physical Review Letters, demonstrate a potential new pathway to use antiferromagnets as a digital switch.

Comin’s MIT co-authors include lead author and graduate student Jiarui Li, along with Zhihai Zhu, Grace Zhang, and Da Zhou; as well as Roberg Green of the University of Saskatchewan; Zhen Zhang, Yifei Sun, and Shriram Ramanathan of Purdue University; Ronny Sutarto and Feizhou He of Canadian Light Source; and Jerzy Sadowski at Brookhaven National Laboratory.

To improve data storage, some researchers are looking to MRAM, or magnetoresistive RAM, a type of memory system that stores data as bits made from conventional magnetic materials. In principle, an MRAM device would be patterned with billions of magnetic bits. To encode data, the direction of a local magnetic domain within the device is flipped, similar to switching a transistor from 0 to 1.

MRAM systems could potentially read and write data faster than silicon-based devices and could run with less power. But they could also be vulnerable to external magnetic fields.

“The system as a whole follows a magnetic field like a sunflower follows the sun, which is why, if you take a magnetic data storage device and put it in a moderate magnetic field, information is completely erased,” Comin says.

Antiferromagnets, in contrast, are unaffected by external fields and could therefore be a more secure alternative to MRAM designs. An essential step toward encodable AFM bits is the ability to switch antiferromagnetism on and off. Researchers have found various ways to accomplish this, mostly by using electric current to switch a material from its orderly antialignment, to a random disorder of spins.

“With these approaches, switching is very fast,” says Li. “But the downside is, everytime you need a current to read or write, that requires a lot of energy per operation. When things get very small, the energy and heat generated by running currents are significant.”

Comin and his colleagues wondered whether they could achieve antiferromagnetic switching in a more efficient manner. In their new study, they work with neodymium nickelate, an antiferromagnetic oxide grown in the Ramanathan lab. This material exhibits nanodomains that consist of nickel atoms with an opposite spin to that of its neighbor, and held together by oxygen and neodymium atoms. The researchers had previously mapped the material’s fractal properties.

Since then, the researchers have looked to see if they could manipulate the material’s antiferromagnetism via doping — a process that intentionally introduces impurities in a material to alter its electronic properties. In their case, the researchers doped neodymium nickel oxide by stripping the material of its oxygen atoms.

When an oxygen atom is removed, it leaves behind two electrons, which are redistributed among the other nickel and oxygen atoms. The researchers wondered whether stripping away many oxygen atoms would result in a domino effect of disorder that would switch off the material’s orderly antialignment.

To test their theory, they grew 100-nanometer-thin films of neodymium nickel oxide and placed them in an oxygen-starved chamber, then heated the samples to temperatures of 400 degrees Celsius to encourage oxygen to escape from the films and into the chamber’s atmosphere.

As they removed progressively more oxygen, they studied the films using advanced magnetic X-ray crystallography techniques to determine whether the material’s magnetic structure was intact, implying that its atomic spins remained in their orderly antialignment, and therefore retained antiferomagnetism. If their data showed a lack of an ordered magnetic structure, it would be evidence that the material’s antiferromagnetism had switched off, due to sufficient doping.

Now that the team has shown doping effectively switches AFM on and off, scientists might use more practical ways to dope similar materials. For instance, silicon-based transistors are switched using voltage-activated “gates,” where a small voltage is applied to a bit to alter its electrical conductivity. Comin says that antiferromagnetic bits could also be switched using suitable voltage gates, which would require less energy than other antiferromagnetic switching techniques.

“This could present an opportunity to develop a magnetic memory storage device that works similarly to silicon-based chips, with the added benefit that you can store information in AFM domains that are very robust and can be packed at high densities,” Comin says. “That’s key to addressing the challenges of a data-driven world.”

This research was supported, in part, by the Air Force Office of Scientific Research Young Investigator Program and the Natural Sciences and Engineering Research Council of Canada. This research used resources of the Center for Functional Nanomaterials and National Synchrotron Light Source II, both U.S. Department of Energy Office of Science User Facilities located at Brookhaven National Laboratory.

Reprinted with permission of MIT News.