The following news release was issued today by Columbia Engineering. Simon Billinge, one of the co-authors on the study, has a joint appointment with the U.S. Department of Energy’s (DOE) Brookhaven National Laboratory. He and collaborators originally developed the “computed tomography pair distribution function” (ctPDF) technique used in this study for research on catalysts and batteries, including at the National Synchrotron Light Source II, a DOE Office of Science user facility at Brookhaven National Laboratory. 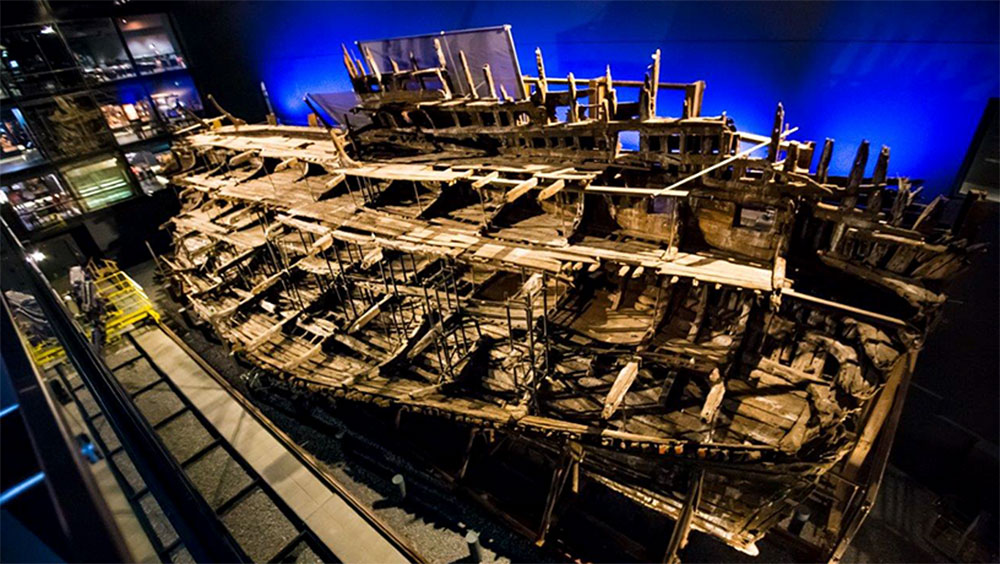 New York, NY—October 27, 2021—A multidisciplinary team of researchers from Columbia Engineering, European Synchrotron Radiation Facility (ESRF), University of Sheffield, Mary Rose Trust, and the University of Copenhagen used a new X-ray technique developed by Columbia and ESRF to discover that there are zinc-containing nanoparticles lodged within the wooden hull of the Mary Rose, Henry VIII’s favorite warship. These nanoparticles are leading to deterioration of the remains of the ship, which sank in battle in 1545 and was raised from the Solent in 1982. The Tudor ship and its collection of 10,000 artifacts are now housed in the Mary Rose museum in Portsmouth, UK.

The new technique—computed tomography PDF (ctPDF)—used to examine the ship’s remains was originally developed in a study co-authored by Columbia Engineering/Brookhaven National Laboratory and ESRF members of the team to study catalysts and batteries. When approached by Serena Cussen, chair in functional nanomaterials at the University of Sheffield, Simon Billinge, a materials scientist at Columbia who helped develop the method for his studies using a synchrotron at Brookhaven, thought ctPDF might be a good way to see what was going on inside the remains of the ship. Billinge’s group imaged how X-rays scattered through sample cross sections at the nanoscale and then precisely characterized the nature of the materials hidden deep in the Tudor wood. Comparing the resulting images pixel by pixel allowed them to determine that over centuries the wood had become riddled with nanoparticles of zinc sulfide. 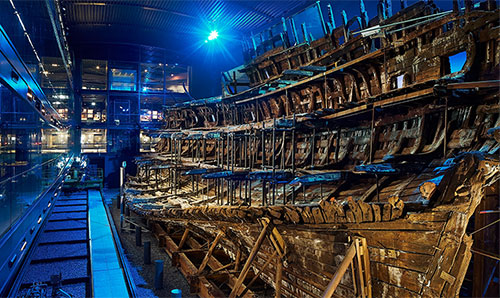 “It was especially exciting to get a glimpse into the history of the Mary Rose in the years since it sank,” said Billinge, who has a joint appointment at the U.S. Department of Energy’s Brookhaven National Laboratory and is a co-author of the paper published today by Matter. “The zinc sulphide deposits come from anaerobic bacteria living in the wood as it sat sunk in the seabed—they are essentially bacteria poop. Our results were like a microscale archeological dig where, by studying the location and composition of the deposits, we could see how the bacteria colonised the wood and what they ate.”

The team also found polymer deposits within the ship’s wood. The polymer was sprayed on the ship to help preserve its remains after it was raised from the seabed 39 years ago, when it was thought that the polymer would lend mechanical stability. However, there is some recent evidence that this polymer can itself degrade and act as a source of degrading acids to the materials that surround it.

The new X-ray technique now enables researchers to track the polymer within the ship’s wood—a vital step in developing conservation strategies. The new method could inform future strategies to preserve the Mary Rose and other important archaeological discoveries. 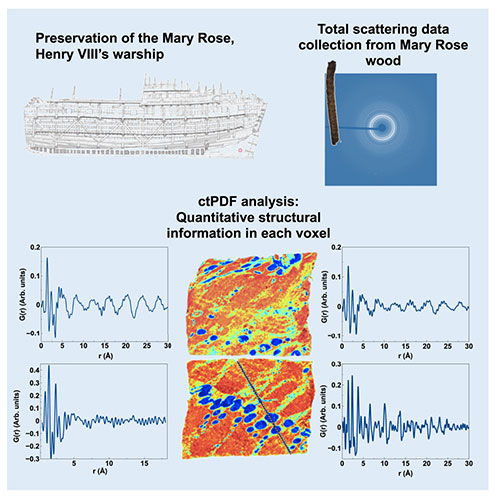 The study is titled “Location and characterization of heterogeneous phases within Mary Rose wood.”

The authors declare no financial or other conflicts of interest.

Brookhaven National Laboratory is supported by the Office of Science of the U.S. Department of Energy. The Office of Science is the single largest supporter of basic research in the physical sciences in the United States and is working to address some of the most pressing challenges of our time. For more information, visit science.energy.gov. Follow @BrookhavenLab on Twitter or find us on Facebook