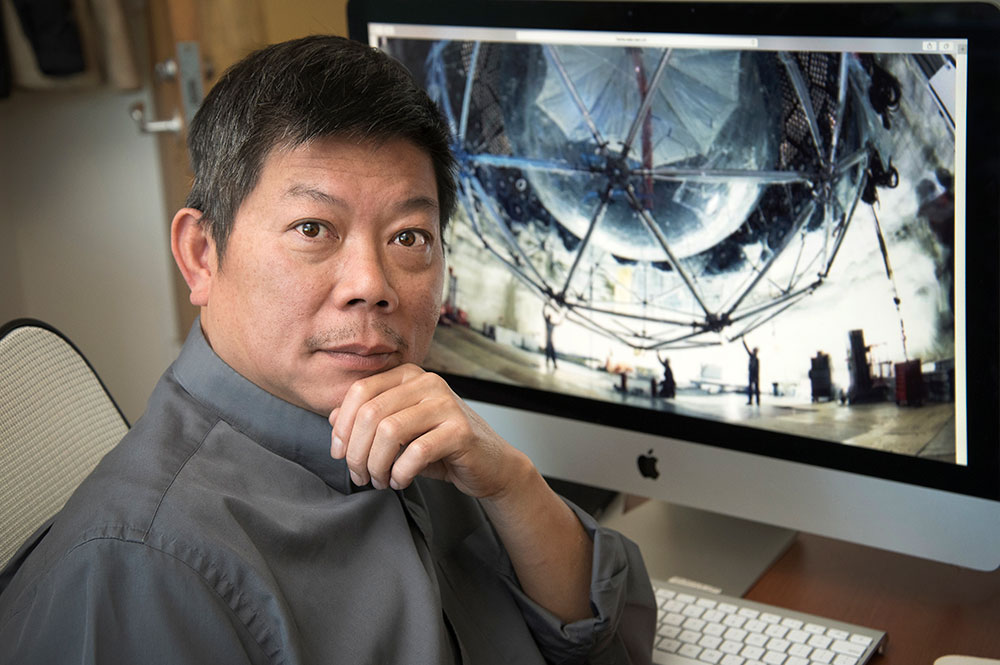 The award honors Yeh’s pioneering work in the development and production of high-performance water-based liquid scintillators for particle physics experiments, including metal loaded scintillators for rare process experiments. This development has made possible a new generation of large detectors for studying neutrinos—elusive subatomic particles that flooded the universe just moments after the Big Bang that may offer clues to a range of fundamental physics questions.

“I’m quite happy that the importance of the liquid scintillator detector is being recognized,”
Yeh said. “It has been utilized in many ways, particularly for neutrino experiments.”

Neutrinos carry no electrical charge, weigh very little, and interact very rarely with other matter. These tricky-to-detect particles are abundant and produced by many sources such as the sun, accelerators, and nuclear reactors.

“Besides studying neutrinos for basic science research, we can also study neutrinos for nuclear reactor safeguards to monitor nuclear radiation from a distance,” Yeh said. “The water-based liquid scintillator we developed is for that purpose. This is just one implication of neutrino research.”

Yeh is also leading a project to build a 30-ton water-based liquid scintillator design demonstrator to investigate the feasibility of using the medium at kiloton scale for future nonproliferation activities and particle physics experiments. The team, which includes scientists and engineers across chemistry, physics, and instrumentation groups, expects testing to begin in 2023.

His group is also part of several international collaborations such as the Precision Oscillation and Spectrum Experiment (PROSPECT)—an experiment exploring antineutrinos emitted from nuclear reactors. The team developed a unique, lithium-doped scintillator that emits light in response to interactions with subatomic particles.