New user facility will provide infrastructure and capabilities for benchmarking performance, validating concepts, and expediting the development of the quantum internet ecosystem 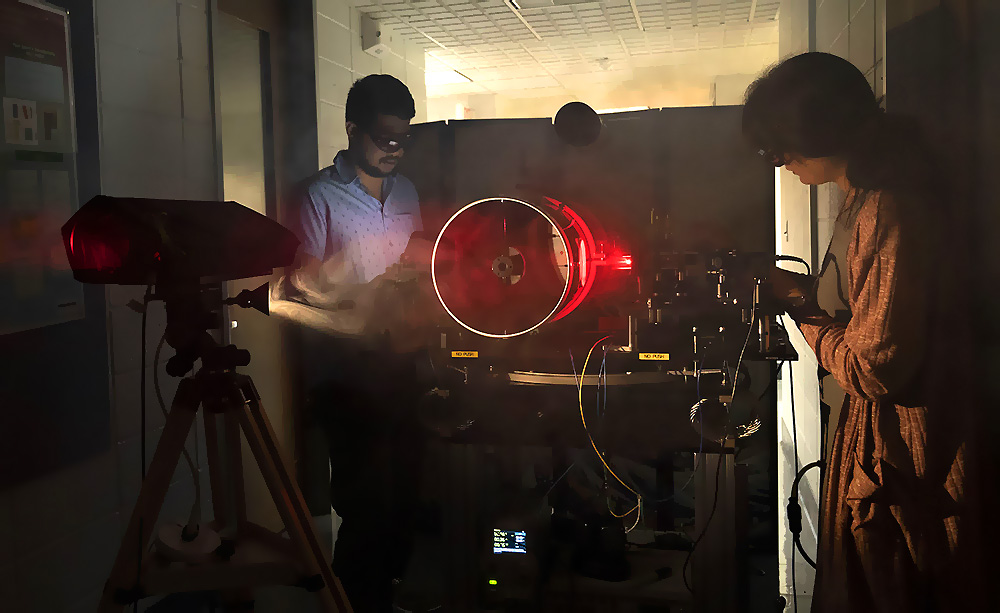 Scientists testing equipment that will be used in the Quantum Free Space Link project, which will transmit entangled photons between a building on the Brookhaven Lab site and another more than 20 kilometers away on the Stony Brook University campus.

UPTON, NY—The U.S. Department of Energy’s Brookhaven National Laboratory has launched a new Quantum Network Facility that will serve scientists from across the country and around the world working to advance the exciting new field of quantum communication networks.

“Building a wide-spread, quantum-based, global communication network—the Quantum Internet—has the potential to be among the most important technological frontiers of the 21st century,” said Gabriella Carini, director of Brookhaven Lab’s Instrumentation Division. “This new facility will provide the tools and capabilities researchers need to make large-scale quantum entanglement distribution networks a reality.”

In quantum mechanics, the physical properties of entangled particles (typically photons) remain associated, even when separated by vast distances.  As a result, when measurements are performed on one side, they also affect the other. Scientists can take advantage of these properties to create a secure, long-distance quantum information network. The new facility already possesses one of the most advanced regional quantum networks in the U.S., with a team at Brookhaven Lab and Stony Brook University recently completing the Nation’s longest quantum network, spanning 98 miles and connecting the institutions’ two campuses.

Building these long-distance, entanglement-on-demand capabilities will have an enormous impact on the scientific community. They will enable a whole new range of applications, such as enhanced optical interferometry, large line-of-sight arrays of entangled sensors, quantum networks of atomic clocks, and distributed quantum computing. The facility is equipped with the state-of-the-art quantum networking equipment necessary to build these long-distance entanglement distribution networks. 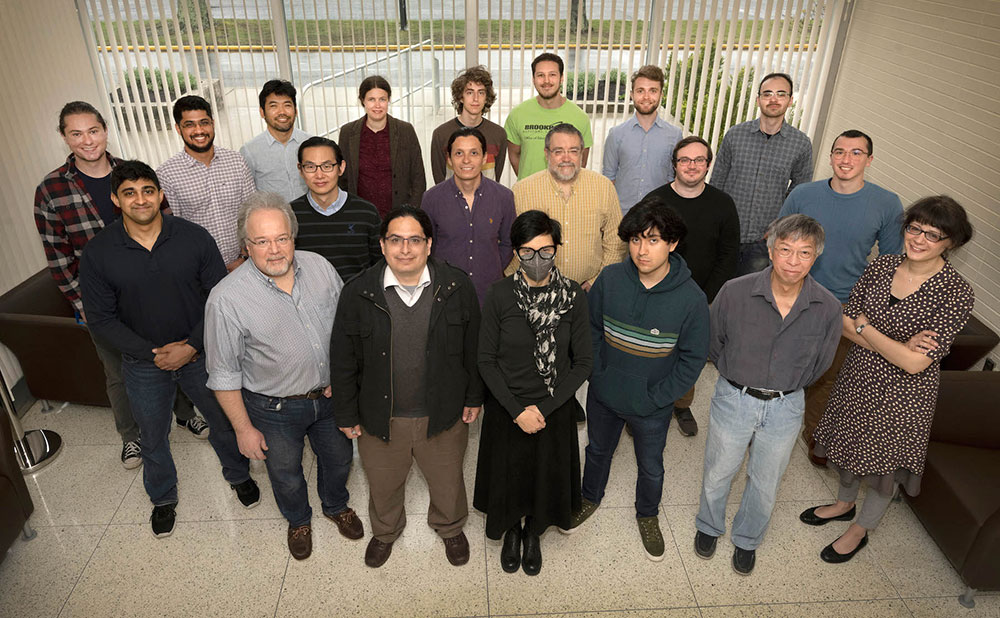 Quantum networking is only in its infancy. Many challenges remain before the full potential of large quantum communication systems can be realized. Brookhaven’s Quantum Network Facility was formed to address all of these challenges and more. As an experimental facility, it is open to the worldwide user community. Experimental opportunities, expanding from these research efforts, will be focused on the development of foundational quantum devices, including entanglement generation and detection, and characterization of portable quantum memories with a focus on scalability through room-temperature operation.

“One of the key aspects of this facility is that it provides the ability to integrate these quantum hardware building blocks with existing real-life inter-city fibers and characterize their performance once they are integrated with the current internet,” said Julian Martinez-Rincon, scientist in the Instrumentation Division’s Quantum Systems group. “The goal of these efforts is to perform long-distance entanglement experiments targeted at implementing new scientific applications such as distributed quantum sensing and computing, as well as to develop algorithms and protocols to remotely control a regional quantum internet testbed.”

The facility is supported entirely by its users, including resident research programs and external users through research partnership agreements.

The long-term vision for the facility is for it to become one of the first instances of a quantum-repeater-assisted, entanglement distribution network that will be capable of heralding and maintaining entanglement at all of its quantum nodes. The Facility’s fiber network infrastructure is currently being expanded to cover more nodes across Long Island and the New York City metropolitan area. This includes multi-purpose quantum nodes at Brookhaven Lab, Stony Brook University, and in New York City, assisted by entanglement generation and swapping nodes located in Commack and Westbury.

At the same time, facility researchers are working to create a “free space optical link,” which will provide a direct, site-to-site entanglement distribution channel between Brookhaven Lab and Stony Brook University through open air, independent of underground infrastructure. A rooftop construction effort is in progress and the optical system is in active development, with a smaller-scale system already demonstrating a connection through free space and back with excellent efficiency.

“Quantum networking offers a significantly more precise, rapid, and secure form of communication that will touch several key industries and applications that affect our day-to-day lives,” said Carini. “Brookhaven Lab and our partners at Stony Brook University are excited to be at the forefront of this revolution in technology.”