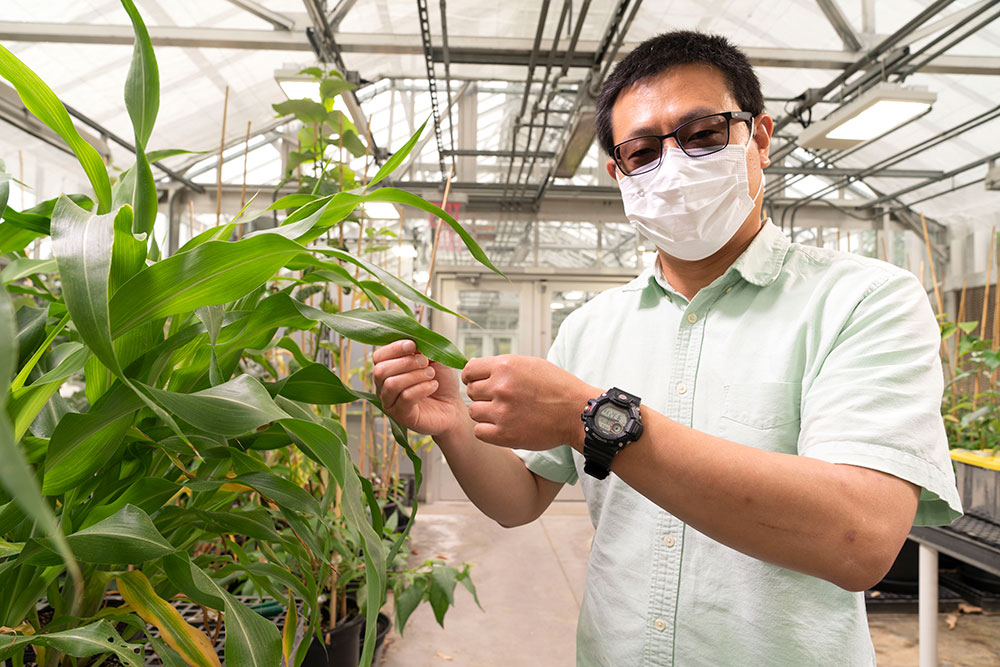 Zhiyang Zhai of Brookhaven Lab's biology department has been awarded early career funding from the Department of Energy's Office of Science to explore how a key enzyme regulates plants' metabolic processes. The work could lead to strategies to increase the synthesis and accumulation of oil that can be harvested as a net-zero carbon fuel.

UPTON, NY — Zhiyang Zhai, an associate biologist at the U.S. Department of Energy’s (DOE) Brookhaven National Laboratory, is one of 83 scientists from across the nation selected to receive funding for research as part of the DOE Office of Science’s Early Career Research Program. The program, now in its 13th year, is designed to bolster the nation’s scientific workforce by providing support to exceptional researchers during crucial early career years, when many scientists do their most formative work.

The award includes five years of support for Zhai. He will use the funding to explore the role of a key enzyme in regulating plants’ metabolic processes, including the synthesis and accumulation of oil. This research will provide foundational knowledge regarding the control of plant metabolism that could guide efforts to achieve a net-zero carbon economy.

“I’m extremely grateful for this award, which will accelerate our understanding of how plants allocate the carbon they capture through photosynthesis,” Zhai said. “The goal is to provide mechanistic understanding of carbon conversion in plants. Our findings may ultimately be used to devise strategies to channel fixed carbon into energy-rich oils for the production of net-zero carbon fuels.”

Zhai’s research will focus on a plant enzyme known as TOR kinase, which operates as a sensor of carbon, one of the essential building blocks plants take in in the form of carbon dioxide during photosynthesis. The scientists will use biochemical and molecular biology methods to explore how TOR modulates the chemical reactions that shuttle carbon into building or breaking down cellular components—and how it responds to and regulates levels of energy molecules such as sugars and oils. They’ll also study the enzyme and its atomic-level structural interactions with other proteins using x-rays at Brookhaven Lab’s National Synchrotron Light Source II (NSLS-II) and cryo-electron microscopes (cryo-EM) at the Laboratory for BioMolecular Structure (LBMS) at NSLS-II. 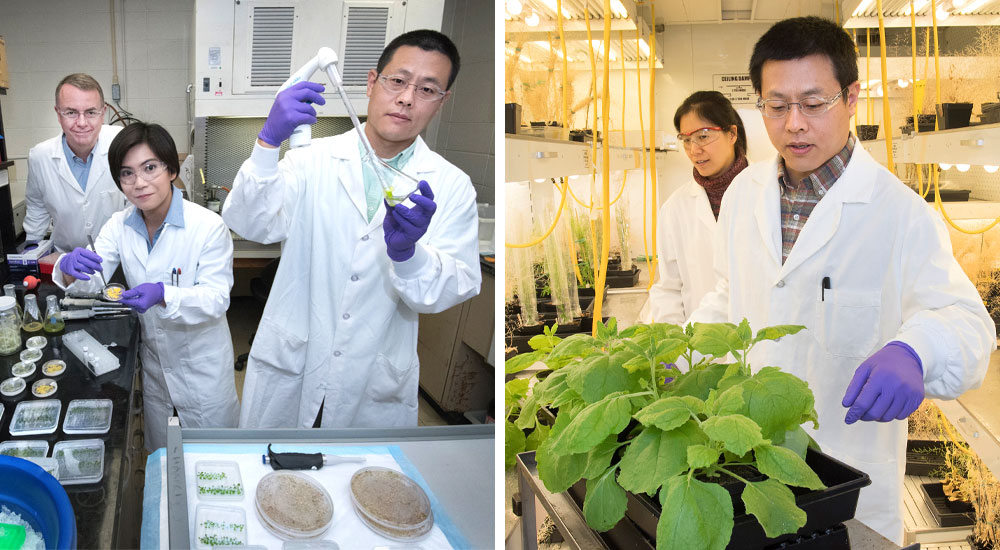 Read more about Zhai's earlier work on a molecular signal that helps plants decide when to make oil (at left, with John Shanklin and Jantana Keereetaweep), and identifying a link between sugar signaling and oil production (right, with Hui Liu).

“Zhiyang Zhai is an exceptionally talented early career scientist who will combine his cutting-edge molecular biochemical skills with the capabilities and opportunities of unique Brookhaven Lab facilities to solve the most challenging of basic questions in plant science,” said John Shanklin, chair of Brookhaven Lab’s biology department. “Zhai’s foundational work in the control of plant metabolism has already informed strategies to create plants that can advance the development of more carbon-neutral energy sources. We are looking forward to the insights that will be gained through this new project.”

Zhai will pursue the research on TOR kinase with other members of the Basic Energy Sciences Physical Biosciences team at Brookhaven.

“Plants provide us with food, fuel, and shelter from sunlight and carbon dioxide,” Zhai said, expressing his reasons for being passionate about his work. “I truly believe that achieving sustainable net-zero carbon fuel from plants is achievable if we can learn enough about the regulation of plant metabolism. This award presents the opportunity for me to focus on some unsolved critical mechanisms that control fundamental processes that are fertile ground for discovery.”

DOE’s Early Career Research Program, since its inception, has made 785 funding awards, including 508 awards to universities and 277 awards to national laboratories.

To be eligible for the DOE award, a researcher must be an untenured, tenure-track assistant, or associate professor at a U.S. academic institution or a full-time employee at a DOE national laboratory who received a Ph.D. within the past 10 years. Research topics are required to fall within one of the DOE Office of Science's eight major program offices:

A list of the 83 awardees, their institutions, and titles of research projects is available on the Early Career Research Program webpage.