The following news release was issued by the University of Nebraska—Lincoln (home of the “Huskers”). Researchers in the biology department at the U.S. Department of Energy’s Brookhaven National Laboratory contributed to this study. Their contributions were funded by the DOE Office of Science, Basic Energy Sciences.

By Geitner Simmons, University of Nebraska–Lincoln’s Institute of Agriculture and Natural Resources Media 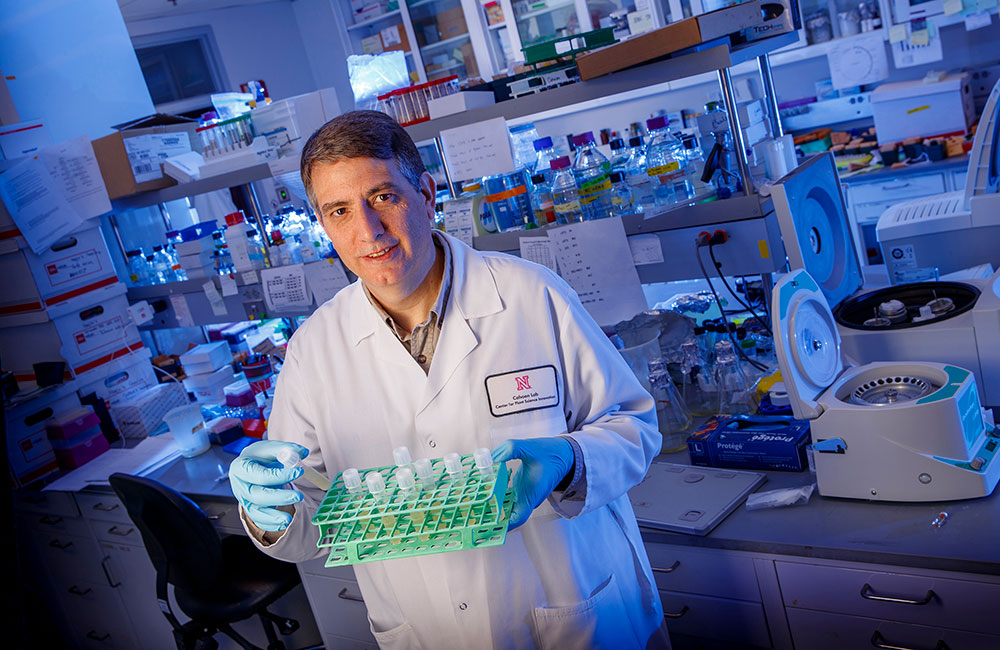 Plant science is opening up promising opportunities to create environmentally friendly bioproducts — fuels, lubricants and other products that substitute for petroleum-based ones. Researchers with the University of Nebraska–Lincoln's Institute of Agriculture and Natural Resources are exploring a range of innovative approaches.

A key focus involves new types of vegetable oils with fatty acid structures that enable production of biomaterials in significant quantity. To create those oils on the needed scale, scientists first must conduct complex research to understand the oils’ enzymes and genes.

Research by Husker biochemist Ed Cahoon and colleagues is advancing this scientific knowledge. The journal Proceedings of the National Academy of Sciences recently published the findings by Cahoon and his collaborators in Nebraska’s Center for Plant Science Innovation and Department of Biochemistry, the Brookhaven National Laboratory in New York, Prince of Songkla University in Thailand and Huazhong Agricultural University in China.

The IANR project studied a specific, unusual fatty acid in Thunbergia, a tropical vine. The acid is unusual in that the plant chemicals have unconventional molecular chains that give new functional properties to vegetable oils. Understanding the enzymes that create the fatty acid was essential for the researchers. Because of their distinct properties, these enzymes are particularly suited to produce genetically engineered plants rich in the fatty acid.

Genetically modified sorghum, for example, lends itself well to such genomic modification and is a focus of Cahoon and his IANR colleagues. Once modified in that way, sorghum’s fatty acid has strong potential for facilitating production of biofuels and biomaterials.

“Nature makes enzymes do certain things,” said Cahoon, George W. Holmes Professor of biochemistry. “If we can learn from the plants that do something different, we can design the enzymes to have new functions,” such as creation of specialty chemicals. Such efforts are known as protein engineering, stemming from the understanding of the oilseed enzymes and their three-dimensional structures.

As Cahoon and his colleagues write in their new paper, studies of unusual monounsaturated fatty acids “have provided a wealth of biochemical information and biotechnological utility.” (Monounsaturated fats have a “double bond” in their molecular structure, resulting in the oil being liquid at room temperature but solid when chilled.)

Petroselinic acid was the main unusual fatty acid studied by Cahoon and his colleagues in their analysis of Thunbergia. The scientists found the plant’s seeds to be extraordinarily rich in the acid, which has strong biomaterials potential. Petroselinic acid accounted for more than 90% of the seed oils’ weight.

Thunbergia “is a nice ornamental vine and looks beautiful, but we could never grow it as a crop in Nebraska,” said Cahoon, director of the Center for Plant Science Innovation. “But we can find the genes that make the unusual fatty acid, and we can then engineer them into sorghum and oilseed crops to create higher-value oils.”

The IANR research was funded through a $3.8 million, five-year grant from the U.S. Department of Energy’s Center for Advanced Bioenergy and Bioproducts Innovation. Cahoon and Thomas Clemente, Eugene W. Price Distinguished Professor of Biotechnology at Nebraska, are among the array of scientists nationwide contributing to research for the center.

Among the focuses of the Center for Advanced Bioenergy and Bioproducts Innovation is a “plants-as-factories” concept by which genetic engineering produces plant cells with bioproducts-related properties. Sorghum, along with sugarcane, is one of “the world’s highest biomass producers,” the center notes, “with demonstrated potential for accumulation of oil in vegetative biomass after successful metabolic engineering.”

The IANR research “has both a fundamental aspect to it of learning new things about fatty acids and enzymes,” Cahoon said. “The second part is trying to use that information to design new types of oils that might have increased-value industrial applications and biofuels.”

This research project featured a basic three-part division of labor. Cahoon, the principal investigator, made the initial discovery of Thunbergia oilseed’s extraordinarily high level of petroselinic acid. Lu Gan and Kiyoul Park, postdoctoral scientists in Cahoon’s lab in the Center for Plant Science Innovation, isolated the genes for enzymes the plant uses to make the fatty acid. Among the enzymes identified was an enzyme known as a fatty acid desaturase that introduces double bonds — unsaturation — in novel places in fatty acids. As a result, those fatty acids have new functional properties of vegetable oils. 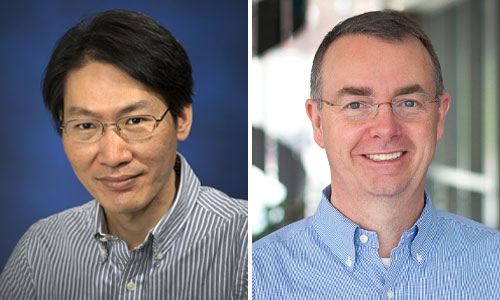 Cahoon has had a longtime interest in developing new oilseeds with innovative benefits. That interest, going back to his grad school days three decades ago, has regularly led him to pursue “bioprospecting” — exploring a wide range of plants in search of seeds with a high level of unusual fatty acid that may have novel nutritional or industrial value.

Bioprospecting isn’t anything new in the scientific community, he noted. Plants produce thousands of chemicals and that has spurred bioprospecting study by generations of researchers. Some drug discoveries have stemmed from medicinal properties long associated with particular plants. The development of aspirin, for example, arose from long-noted properties of willow bark.

Cahoon’s discovery of Thunbergia oilseed’s high level of unusual fatty acid came after he studied several species of Thunbergia he had ordered online. A few years earlier, his bioprospecting led him to study the oilseed of the Chinese violet cress, a flowering plant native to central China. Working in collaboration with a scientist at Huazhong Agricultural University, he identified two new unusual fatty acids.

The scientists agreed to name one of the fatty acids after the Chinese researcher’s city in China — hence, the name wuhanic acid.

And the other fatty acid? It’s now officially designated nebraskanic acid. It’s an excellent lubricant, perhaps one that in the future could help substitute for petroleum-based ones.