The following news release was issued by the U.S. Department of Energy’s Thomas Jefferson National Accelerator Facility (Jefferson Lab). Swagato Mukherjee, a theorist at Brookhaven National Laboratory, will serve as co-principal investigator for this new collaborative effort. As described in the story, the computational tools developed by the Brookhaven scientists will help advance research at the Lab’s Relativistic Heavy Ion Collider (RHIC) and the Electron-Ion Collider, a next-generation nuclear physics research facility being built at Brookhaven in partnership with Jefferson Lab. For more information about Brookhaven’s role in this research, contact: Karen McNulty Walsh, kmcnulty@bnl.gov, 631-344-8350.

Nuclear Physics Gets a Boost for High-Performance Computing 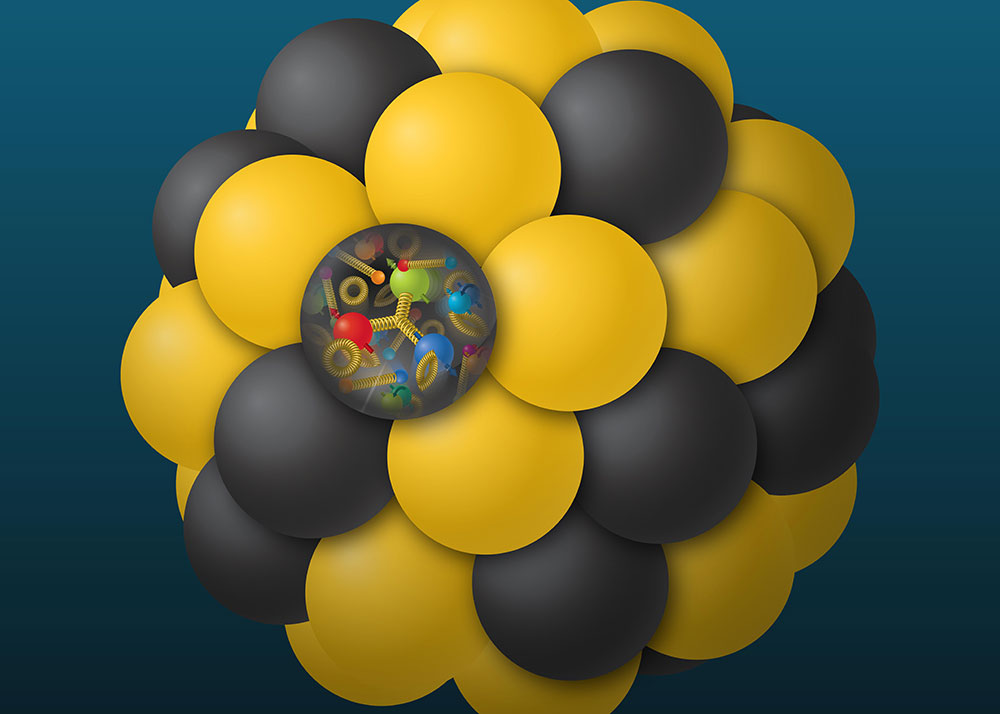 New funding will boost nuclear physicists' efforts to harness the power of supercomputers to better understand the hidden worlds inside the nucleus of the atom.

NEWPORT NEWS, VA – Efforts to harness the power of supercomputers to better understand the hidden worlds inside the nucleus of the atom recently received a big boost. A project led by the U.S. Department of Energy’s (DOE’s) Thomas Jefferson National Accelerator Facility is one of three to split $35 million in grants from the DOE via a partnership program of DOE’s Scientific Discovery through Advanced Computing (SciDAC).

Each of the projects receiving the grants are joint projects between DOE’s Nuclear Physics (NP) and Advanced Scientific Computing Research (ASCR) programs via a partnership program of SciDAC.

Making the Most of Advanced Computational Resources

“Nuclear physics is a rich, diverse and exciting area of research explaining the origins of visible matter. And in nuclear physics, high-performance computing is a critically important tool in our efforts to unravel the origins of nuclear matter in our universe,” said Robert Edwards, a senior staff scientist and deputy group leader of Jefferson Lab’s Center for Theoretical and Computational Physics.

Edwards is the principal investigator for one of the three projects. His project, “Fundamental nuclear physics at the exascale and beyond,” will build a solid foundation of software resources for nuclear physicists to address key questions regarding the building blocks of the visible universe. The project seeks to help nuclear physicists tease out questions about the basic properties of particles, such as the ubiquitous proton.

This collaboration will leverage computational resources from across the U.S. Department of Energy complex.

It aims to optimize the software tools needed for calculations of quantum chromodynamics (QCD). QCD is the theory that describes the structure of protons and neutrons – the particles that make up atomic nuclei – as well as provide insight to other particles that help build our universe. Protons are built of smaller particles called quarks held together by a force-fed glue manifesting as gluon particles. What’s not clear is how the proton’s properties arise from quarks and gluons.

“The evidence points to the mass of quarks as extremely tiny, only 1%. The rest is from the glue. So, what part does glue play in that internal structure?” he said.

The goal of the supercomputer calculations is to mimic how quarks and gluons experience the real world at their own teensy scale in a way that can be calculated by computers. To do that, the nuclear physicists use supercomputers to first generate a snapshot of the environment inside a proton where these particles live for the calculations. Then, they mathematically drop in some quarks and glue and use supercomputers to predict how they interact. Averaging over thousands of these snapshots gives physicists a way to emulate the particles’ lives in the real world.

“While we did not base this proposal on the requirements of the future Electron-Ion Collider, many of the problems that we are trying to address now, such as code infrastructures and methodology, will impact the EIC,” Edwards added.

The project will use a four-pronged approach to help streamline these calculations for better use on supercomputers, while also preparing for ever-more-powerful machines to come online.

The first two approaches relate to generation of the quarks’ and gluons’ little slice of the universe. The researchers aim to make this task easier for computers by streamlining the process with upgraded software and by using software to break down this process into smaller chunks of calculations that will be easier for a computer to calculate. The second part of this project will then bring in machine learning to see if the existing algorithms can be improved by additional computer modelling.

The third approach involves exploring and testing out new techniques for the portion of the calculations that model how quarks and gluons interact in their computer-generated universe.

The fourth and last approach will collect all of the information from the first three prongs and begin to scale them for use on next-generation supercomputers.

All three SciDAC projects awarded grants by DOE span efforts in nuclear physics research. Together, the projects address fundamental questions about the nature of nuclear matter, including the properties of nuclei, nuclear structure, nucleon imaging, and discovering exotic states of quarks and gluons.

Brookhaven Science Associates (BSA) manages and operates Brookhaven National Laboratory on behalf of the U.S. Department of Energy's Office of Science. BSA is a partnership between Battelle and The Research Foundation for the State University of New York on behalf of Stony Brook University.

The Office of Science is the single largest supporter of basic research in the physical sciences in the United States and is working to address some of the most pressing challenges of our time. For more information, visit science.energy.gov.