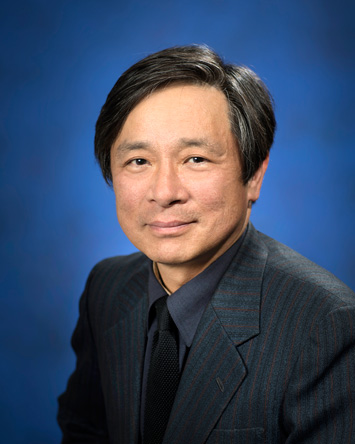 The RIKEN BNL Research Center (RBRC) is a physics research center located at the U.S. Department of Energy's Brookhaven National Laboratory, formed by an international collaboration between the Lab and RIKEN—Japan's Institute of Physical and Chemical Research.

Since its founding in 1997, the RBRC has been led by directors with notable credentials: Columbia University's T.D. Lee—who shared the Nobel Prize for Physics in 1957, the first of seven Nobel Prize-winning discoveries at Brookhaven—as well as Nicholas Samios and Sam Aronson, both former Brookhaven Lab directors. Physicist Hideto En'yo, who is also no stranger to Brookhaven Lab, has now joined them, taking on the role of director for the RBRC in April.

En'yo had a key role in developing the Relativistic Heavy Ion Collider (RHIC) to be the only collider in the world that can collide polarized protons—a critical tool for understanding more about the proton's "missing" spin. He was also a member of the PHENIX collaboration that led a major experiment at RHIC and is now retooling for new research as sPHENIX. En'yo first came to the Lab as a postdoc in 1985 and has returned many times over the years, including as RBRC associate director from 2001 to 2008 and the RBRC experimental group leader from 2001 to 2009.

"With my colleagues, we are continuing the RIKEN BNL Research Center's success—for research today and to prepare for future research that will be completed by the next generation of scientists," En'yo said. "I am honored for this opportunity to lead the RBRC and am happy to return to the physics community at Brookhaven."

In this role with the RBRC, En'yo remains primarily at RIKEN but makes regular trips to Brookhaven. En'yo also serves as director of RIKEN Nishina Center for Accelerator-Based Science and as chief scientist at RIKEN's Radiation Laboratory. En'yo is a member of the Japan Physical Society, the Japanese Nuclear Physics Advisory Committee as well as several other councils and advisory committees. He earned a Ph.D. in physics at the University of Tokyo in 1985, was a postdoctoral researcher at CERN in Europe from 1985–1987 through the Japan Society for the Promotion of Science, and was a scientific associate at CERN from 1987 to 1989, He was also a professor at Kyoto University from 1989 to 2001.

The RBRC, RHIC, and the Future

Since the two institutions established the RBRC in 1997, physicists at Brookhaven and RIKEN have worked together to understand more about the building blocks of the universe, their properties, and their origins. Researchers at the RBRC have developed physics theory and analyzed data produced from particle collisions at RHIC. The RBRC also hosts several workshops each year for collaborators and others to discuss recent results and topics.

Through the RBRC, RIKEN has contributed more than $100 million to the RHIC research program. This investment was important in developing RHIC's unique capability to collide polarized protons for research into the proton's spin.

RIKEN, RBRC, and Brookhaven scientists are also conducting research and development for ongoing operations and upgrades at RHIC. These endeavors include a possible electron-ion collider, called "eRHIC"—which would involve major upgrades to the existing RHIC accelerator complex to collide electrons with heavy ions and polarized protons. eRHIC would be a next-generation user facility for decades of exploration into the subatomic quarks and gluons at the heart of matter in the visible universe.

Following extensive reviews of the RBRC's productivity, Brookhaven and RIKEN have approved the center's continuation every five or six years since 1997. The most recent RBRC agreement was extended in 2012, assuring operations until 2018.