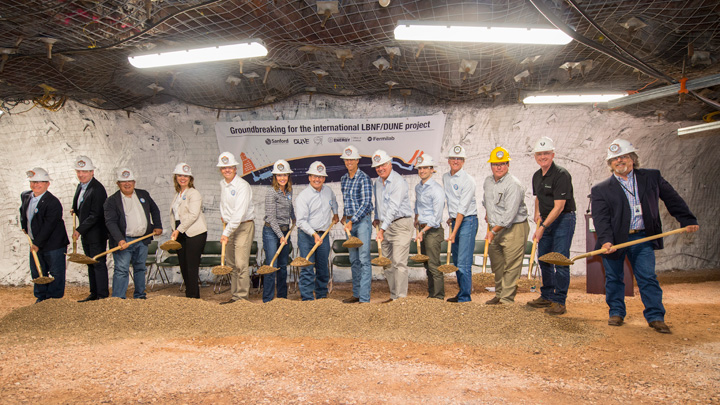 On July 21, one mile beneath Lead, South Dakota, construction began on the first international mega-science experiment ever hosted on U.S. soil. Excavation crews will be digging out four massive caverns as part of the Long Baseline Neutrino Facility (LBNF), which will house the Deep Underground Neutrino Experiment (DUNE). This international initiative, with over 1,000 collaborators from 30 different nations, will attempt to solve outstanding mysteries of our universe—like why matter even exists—by studying elusive particles called neutrinos.

Two laboratories will hold LBNF's major facilities. The U.S. Department of Energy's (DOE) Fermi National Accelerator Laboratory (Fermilab) in Batavia, Illinois, will send a beam of neutrinos 800 miles straight through the Earth (no tunnel needed for these ghostlike particles) that will arrive a split-second later at enormous particle detectors in the Sanford Underground Research Facility (SURF) in Lead, South Dakota.

The science behind the Deep Underground Neutrino Experiment.

Many institutions have played and continue to play critical roles in making this monumental experiment a reality. In fact, the idea for DUNE was born in 2000 out of a partnership between scientists from DOE's Brookhaven National Laboratory and the University of Pennsylvania. Now, almost 17 years later, that idea is finally breaking ground.

"It's great to see the vision of the past decade and a half coming to fruition," said Milind Diwan, a Brookhaven physicist and one of the first advocates for an experiment like DUNE.

Brookhaven Lab has provided much of the foundational research and development for DUNE.

It's great to see the vision of the past decade and a half coming to fruition.

"Brookhaven physicists are centrally involved in the design and construction of the detectors, with a leading role in developing their key enabling technology—cold electronics," said Lab physicist and DUNE project coordinator Steve Kettell.

Brookhaven scientists have also been significantly involved in determining the neutrino beam's design and the physics that DUNE will study.

From Illinois to South Dakota 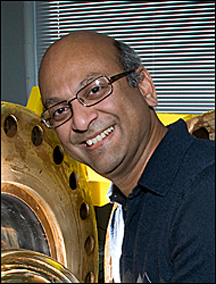 The neutrinos studied by DUNE will get their start at Fermilab when a beam of protons smashes into a target at nearly the speed of light, creating unstable particles that decay to produce neutrinos. The type, direction, and energy of these neutrinos—characteristics of the neutrino "beam"— determine what can be seen and studied at the detectors in South Dakota.

In order to study a variety of neutrino characteristics and physics questions, LBNF will use a "wide-band" beam that can produce neutrinos at a broad range of energies. Brookhaven scientists advocated using the wide-band beam because "it gives you more tools for understanding these elusive neutrinos," said Brookhaven physicist Mary Bishai, leader of DUNE's accelerator and beam interface group.

With Fermilab and others taking on most of the engineering and construction of the beamline, Brookhaven is now looking beyond the first stages of the experiment.

Bishai explains, "When we're designing the beamline, we have to be very forward-looking. The collaboration needs to have an idea of what physics we may want to do 20 years from now so that the facility is designed to accommodate it from the start." So, Brookhaven is studying the reach of the experiment and exploring the physics questions DUNE might be able to answer. This effort is spearheaded by Bishai and will continue throughout the construction of the experiment. 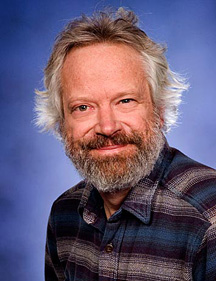 To study the neutrinos produced at Fermilab, enormous and highly sensitive detectors will be built a mile beneath Lead, South Dakota, in the same underground facility where, in the 1960s, Brookhaven Lab's Ray Davis was the first to detect neutrinos coming from the sun—a discovery that earned him a share of the 2002 Nobel Prize in physics. Four massive neutrino detectors are planned for DUNE, each a cutting-edge liquid argon time projection chamber. These detectors can image the interactions of different types of neutrinos with high precision, and could detect the theorized phenomenon of proton decay.

However, the gargantuan detectors, each filled with 17,500 metric tons of liquid argon at -303 degrees Fahrenheit, posed a huge engineering challenge. The concept lead to the development of "cold electronics"—circuitry that can amplify the signals of neutrino interactions while submerged in frigid liquid argon. Cold electronics made a detector of this size feasible by greatly reducing the electronic noise clouding the signals of neutrino interactions.

The conceptualization and development of front-end cold electronics came out of Brookhaven Lab, specifically from Brookhaven scientist Veljko Radeka. According to Brookhaven physicist Hucheng Chen, "Veljko was a visionary leader. Years ago he proposed putting electronics inside the tank of liquid argon, which was unthinkable at the time. His contribution to the collaboration cannot be overstated."

Moving forward, Brookhaven Lab will lead the effort on the front-end electronic readout system, said Chen. He and his coworkers are developing this electronic pathway using an integrated design that considers each step of a signal's path, from collection to analysis. They're also working to take cold electronics further by developing more circuitry—beyond just the amplifier—that can thrive inside the liquid argon tank.

Aside from cold electronics, Brookhaven Lab is heavily involved in designing the experiment's time projection chamber (TPC), which is where neutrino interactions take place and signals are collected. Brookhaven physicist Bo Yu led the development of the TPC planned for DUNE's initial detector, and now Brookhaven scientists are leading the development of an updated "resistive cathode" design. This new design guards against malfunctions in the TPC that could jeopardize the operation of critical electrical components, like the cold electronics. According to Yu, it's "one of the key concepts in ensuring the detector operates as planned throughout the experiment."

Already, large prototypes of these detectors are under construction at CERN, a European particle physics laboratory and major partner in DUNE. The technology refined for these smaller detectors will be tested and scaled up when the massive DUNE detectors are built.

Looking to the Future 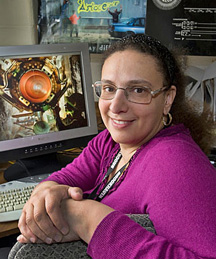 Last week's groundbreaking represents a huge step for the DUNE collaboration. However, there's still a long way to go before the experiment can collect its first data point, currently planned for 2024. As LBNF is built throughout the next decade, researchers at Brookhaven Lab, Fermilab, SURF, and around the world will continue their work so that one day this mega-science project becomes a reality.