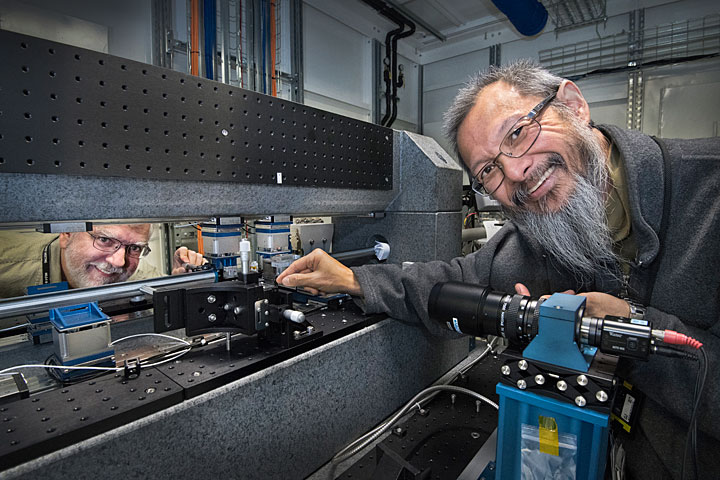 Microscopes make the invisible visible. And compared to conventional light microscopes, transmission x-ray microscopes (TXM) can see into samples with much higher resolution, revealing extraordinary details. Researchers across a wide range of scientific fields use TXM to see the structural and chemical makeup of their samples—everything from biological cells to energy storage materials.

“We have significantly improved the speed of x-ray microscopy experiments,” said Wah-Keat Lee, lead scientist at NSLS-II’s Full Field X-ray Imaging (FXI) beamline, where the microscope was built. At FXI, Lee and his colleagues reduced the time it takes a TXM to image samples in 3-D from over 10 minutes to just one minute, while still producing images with exceptional 3-D resolution—below 50 nanometers, or 50 billionths of a meter. “This breakthrough will enable scientists to visualize their samples much faster at FXI than at similar instruments around the world,” Lee said.

Aside from reducing the time it takes to complete an experiment, a faster TXM can collect more valuable data from samples. 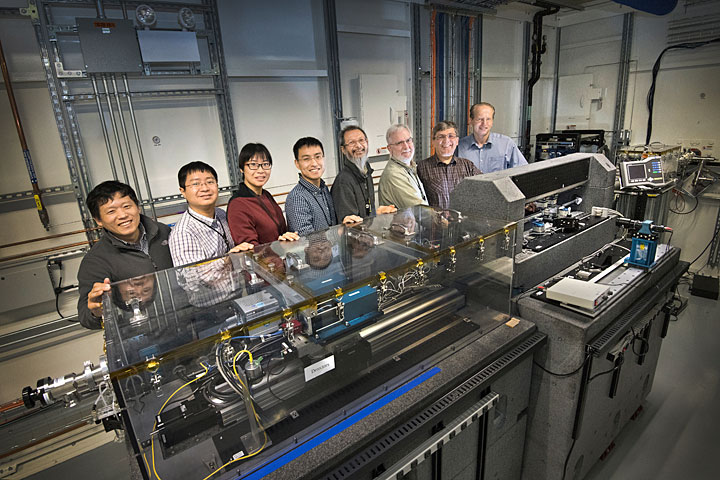 “The holy grail of almost all imaging techniques is to be able to see a sample in 3-D and in real time,” Lee said. “The speed of these experiments is relevant because we want to observe changes that happen quickly. There are many structural and chemical changes that happen on different time scales, so a faster instrument can see a lot more.  For example, we have the ability to track how corrosion happens in a material, or how well various parts of a battery are performing.”

To offer these capabilities at FXI, the team needed to build a TXM using the latest developments in ultrafast nano-positioning (a method of moving a sample while limiting vibrations), sensing (a method of tracking sample movement), and control. The new microscope was developed in-house at Brookhaven Lab through a collaborative effort between the engineers, beamline staff, and research and development teams at NSLS-II.

“Our ability to make FXI more than 10 times faster than any other instrument in the world is also due to the powerful x-ray source at NSLS-II,” Lee said. “At NSLS-II, we have devices called damping wigglers, which are used to achieve the very small electron beams for the facility.  Fortunately for us, these devices also produce a very large number of x-rays. The amount of these powerful x-rays directly relates to the speed of our experiments.”

Using the new capabilities at FXI, the researchers imaged the growth of silver dendrites on a sliver of copper. In a single minute, the beamline captured 1060 2-D images of the sample and reconstructed them to form a 3-D snapshot of the reaction. Repeating this, the researchers were able to form a minute-by-minute, 3-D animation of the chemical reaction.

“We chose to image this reaction because it demonstrates the power of FXI,” said Mingyuan Ge, lead author of the research and a scientist at NSLS-II. “The reaction is well-known, but it has never been visualized in 3-D with such a fast acquisition time. In addition, our spatial resolution is 30 to 50 times finer than optical microscopy used in the past.”

With the completion of this research, FXI has begun its general user operations, welcoming researchers from around the world to use the beamline’s advanced capabilities.