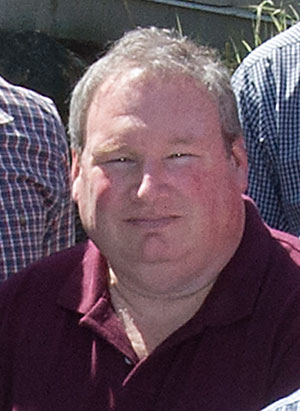 Burke, who joined the Lab in 2001 as a chemistry associate and whose most recent title was senior applications engineer, is described by colleagues as an excellent teammate, outstanding coworker, and friend who was always at the ready to lend a hand.

He was key in preparing comprehensive annual groundwater reports, which summarize and visualize data essential to the communication of status and progress on the Lab’s groundwater cleanup program.

Burke worked to make sure the data, analyzed from thousands of samples gathered over the course of a year, were precise and accurate. This allowed EPD project managers to competently report on the data and make decisions based off it, EPD Manager Jason Remien said.

A unique range of skills made him a valuable team member and go-to guy for technical questions on environmental data issues and more, colleagues were quick to recall. 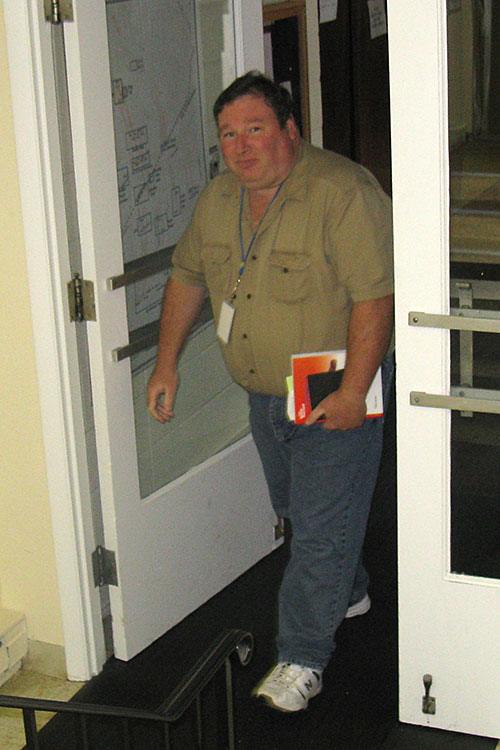 He had a strong chemistry background, with a marine chemistry degree from Southampton College, and performed environmental sampling early in his career. Having also worked at a commercial analytical lab, he could dive into technical talk with analytical labs with which Brookhaven Lab contracted, colleagues said. He was also good with computers and held interests in programming and mapping.

Before Burke joined Brookhaven, he was introduced to the Lab as a consultant in the late 1990s. Groundwater Protection Group Manager Bill Dorsch remembered thinking at the time, “We’ve got to find a way to get this guy a job here.”

“He combined the skillsets of what would typically be two or three people into one,” Dorsch said.

Those skills lent to Burke being instrumental in helping develop an environmental database that continues to allow EPD project managers to easily and creatively access data for reports and presentations, colleagues said.

Burke also played a major role in creating the opportunity for electronic data from analytical labs to be sent directly to EPD’s database. This not only helped reduce paper waste, but will allow future employees to access the data decades from now, Remien said.

“There’s a process in place to make sure that happens because of him,” Remien said.

“As busy as John was, he always made the time to help anyone who went to him with any questions,” Howe said.

Those who worked closely with Burke were sure to mention his dedication to the Mets. As soon as the team’s spring training began, the avid fan was guaranteed to have games playing in the background in his office.

“He was a unique individual and a great family man,” said Vincent Racaniello, project manager in the Groundwater Protection Group.

Burke was a dedicated father to his son Jimmy and loving husband to his wife Lorraine—and both were very proud of his work at the Lab, Howe said.