Massachusetts Institute of Technology research scientist aims to use Artificial Intelligence to support the EIC science. 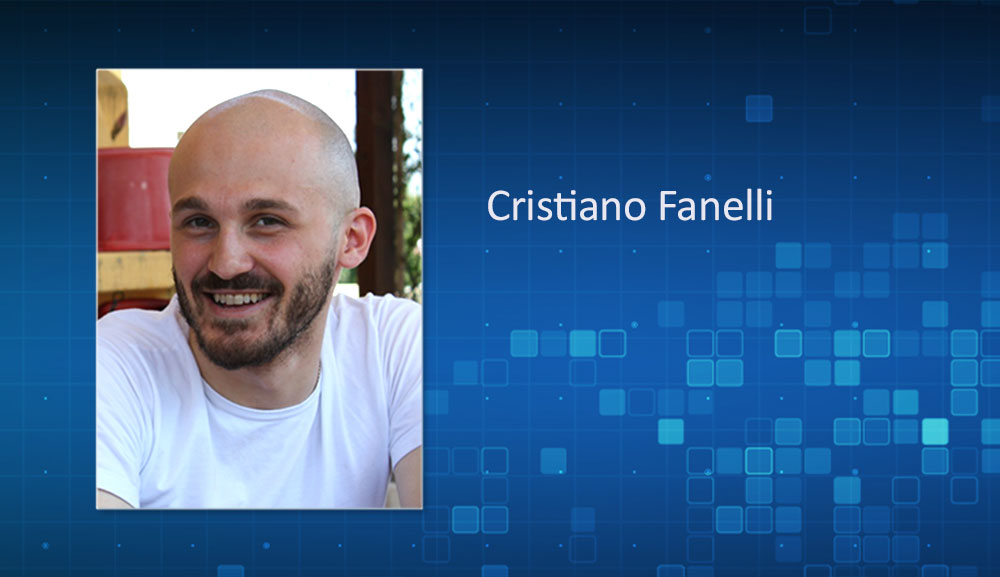 Optimizing the design of a large-scale hermetic detector for EIC is a complex problem characterized by multiple design parameters and design criteria. In this regard, ECCE is leading pioneering work that has an unprecedented level of complexity for AI-supported detector design in nuclear and particle physics.

The EIC is one of the first experiments to leverage AI starting from the design and R&D phases; and when it will be operating, it will massively utilize AI with the merging of online and offline computing supported by streaming readout.

Among my activities at the EIC, I am the creator and organizer of the first workshop on AI for the Electron-Ion Collider that was held in September 2021.

My involvement with EIC started in 2018, when I was the recipient of the inaugural Electron-Ion Collider Fellowship at Jefferson Lab. The fellowship enabled me to investigate and develop new frameworks based on AI for improving the design of complex sub-detectors and for supporting the R&D of the sub-detectors.

During this fellowship, we published the first AI-related paper for EIC, where we showcased how we employed AI for the design of the dual-radiator Ring Imaging Cherenkov (dRICH), which is a particle identification detector.

Since then, I have been involved in the activities of the EIC consortia, in the Yellow Report initiative and, more recently, in the development of a detector proposal with ECCE.

One important cosmological model says that the total mass-energy of the universe contains about five percent of ordinary matter–the matter we are made of. The remainder of the universe consists of dark matter and dark energy. The ordinary mass resides predominantly in the nucleons (made of quarks and gluons) at the heart of atomic nuclei.

As a post-graduate student, I was involved in the Higgs boson discovery at CMS-CERN. From that discovery, we now know that the Higgs field permeates our universe and is responsible for making certain elementary particles massive.

Interestingly, the quarks themselves have little mass and the gluons are massless. Therefore, most of the mass of the nucleons arises dynamically from the back-reaction of the color gluon fields of quantum chromodynamics (QCD).

The dynamics describing how this mass comes to be has not yet been fully experimentally accessed and understood. An experiment like EIC can allow major breakthroughs with QCD, whose implications are unimaginable.

Potential discoveries can shed light not only on the origin of mass: for example, we utilize the proton spin for magnetic resonance imaging, but we are still far from achieving a comprehensive picture of how the spin of the proton arises from quarks and gluons.

We can do a plenitude of physics at the EIC! The EIC will be the ultimate machine to study QCD.

Gluonic fields constitute the strongest fields in nature, and the EIC will allow us to make high precision measurements to understand the glue that binds us all.

The high energy interaction of polarized electron beams with protons and ions will allow the study of the properties of confinement of quarks and gluons inside composite hadronic particles. We can study how these interactions are modified if the quarks’ and gluons' spins are polarized.

The EIC will allow for a precision 3D imaging of protons and nucleons and, with the help of modern techniques based on AI to extract information from data, reveal features of the gluons and quark-antiquark pairs that form when the gluons interact.

3D imaging using AI will help to shed light on the so-called “proton spin puzzle” by producing definitive measurements of the quark and gluon contributions to the nucleon spin.

The EIC will allow the search for gluon saturation—a phenomenon that is thought to produce a form of nuclear matter called “color glass condensate.”

The EIC will also allow us to investigate and characterize effects like nuclear shadowing, which are responsible for the different distribution of quarks in nuclei as opposed to nucleons.

The EIC is also perfectly positioned to explore heavy flavor physics with the possibility of searching for new composite states.

The EIC is in its design and R&D phase. I am excited at the idea that I will be directly involved during all the different phases until it is operational. This is a once-in-a-generation opportunity that allows one to build a comprehensive knowledge of the experiment.

This process is also accompanied by the AI revolution that will foster new solutions and approaches. I think the EIC can be one of the first—if not the first experiment to systematically utilize AI during all phases until its realization, and for this reason, I recently organized the AI4EIC workshop.

From the Yellow Report, it is clear that the EIC community is preparing for a new paradigm shift in how data acquisition systems operate due to the need to support processing large volumes of data in near real-time.

Streaming readout can eliminate the hardware trigger and replace the trigger decision with a data selection that is realized in software. This will further the integration of online and offline analyses, leading to better quality control during data-taking and allowing shorter analysis cycles. At the same time, this entails a great challenge for the current computational power available with traditional computing resources.

In the next few years, advances in AI could be a competing alternative to the present computational paradigms. New, cutting-edge architectures will promote faster and automated reconstruction, calibration and alignment.

I find it fascinating to combine cutting-edge research on AI with the physics program at the EIC—a marriage that enables new insights into the properties of the strong interaction.

On my desktop, you would certainly find a few monitors... I am currently working on the AI-supported design of different sub-detectors and on the R&D of new materials to use as radiators.

I think it is fair to say that the COVID-19 outbreak had an impact on many of us, creating a more blurred boundary between work time and family. The workday typically consists of attending multiple EIC virtual meetings every day, doing research and supervising students.

I am indebted to my wife for the hard work in keeping my daughter busy since I began doing smart work in early 2020. I enjoy every moment spent together with her and with my daughter. I miss having discussions with colleagues in person, but I think we all learned how to make the most of virtual meetings.

In addition to the EIC physics, I am a long-standing user of Jefferson Lab and I have collaborated over the years for various experiments in different experimental halls.

A large part of my research is currently focused on AI applications for experimental nuclear physics, and I am particularly interested in incorporating intelligence in particle detecting systems, as well as in new software and computing paradigms that can accelerate discoveries in nuclear and particle physics.

I also have a keen interest in phenomenology.

I really enjoy supervising, teaching and giving lectures. In the past few years, I have welcomed a growing number of students to work with me in AI applications in our field.

Outside of science, I like to spend time with my family and play with my kid. I am a former football (I guess I should say soccer) player and a guitar lover. Lately, I am into using music apps to create new tracks and explore new genres with AI.