Celebrating Augustus 'Gus' Prince: 'I'm as Good as Anybody' 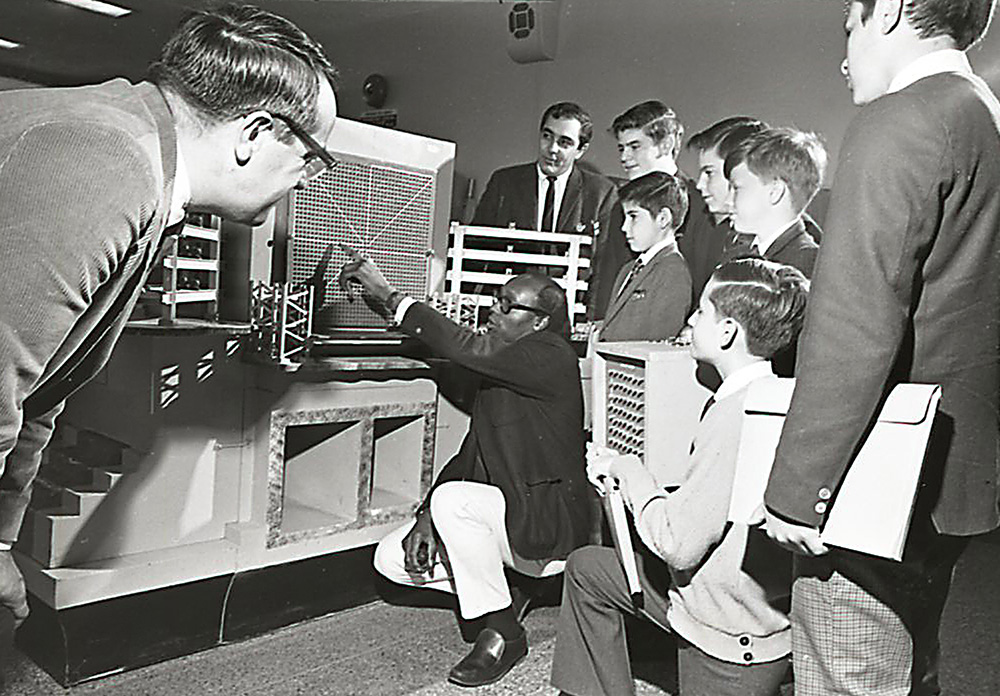 Gus Prince, in 1966, explains fuel loading at the Brookhaven Graphite Research Reactor, a small research reactor that operated from 1950 to 1968.

As the U.S. Department of Energy’s Brookhaven National Laboratory celebrates Black History Month during its 75th anniversary year, many among the Lab’s community are remembering the late Augustus “Gus” Prince.

Prince, a nuclear scientist at Brookhaven from 1966 to 1993, broke barriers from the moment his career in science began. Later, he sought to make sure the generations of young Black and other minority scientists after him had access to research positions.

“Gus Prince paved the way for generations of Black scientists after him,” said the Lab’s Chief Diversity, Equity, and Inclusion Officer Noel Blackburn. “At Brookhaven, his legacy serves as a reminder of why we focus on diversity, equity, and inclusion in the workplace and strive to empower young science professionals through internships, research opportunities, and more.”

Prince became the first Black radarman in the U.S. Navy during World War II, when opportunities for minorities had only just begun to broaden. Although he was top of his class in radar school, Prince found himself overlooked for chances to serve on several ships.

His course changed when he joined the escort carrier USS Santee (CVE-29) in December of 1944. On his first day aboard, Prince asked the ship’s radar commander, Lieutenant C.L. Fergus, if he would really serve as a radarman. The lieutenant told him, “You finish radar school and that’s what you’ll be,” Prince recalled in a 2004 interview for the Library of Congress’s Veterans History Project.

“I think the most important thing I learned was I’m as good as anybody,” Prince told the Veterans History Project, “And I owe that to Lieutenant Fergus.” 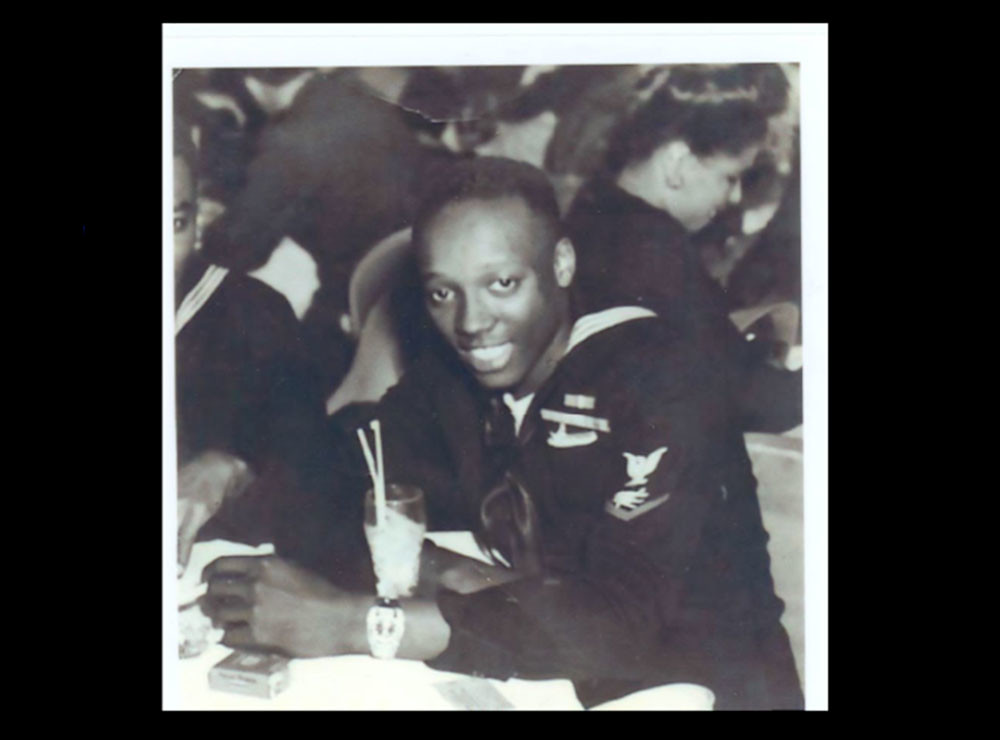 Hover over image to reveal slideshow controls. Prince on shore leave in 1944; Boot camp in 1944 (third from left, middle row); Santee radarmen in 1944 (front row, second from left); the University of Pennsylvania graduation in 1952; Prince at a recruitment event on behalf of Brookhavehaven.

That lesson stayed with Prince as he moved forward with his career in science.

After receiving an honorable discharge from the Navy in 1945, Prince headed to the University of Pennsylvania where he earned a bachelor’s degree in science and, later, a master’s degree in physics, specializing in nuclear physics, from the Drexel Institute of Technology. He received a Ph.D. in physics from the University of Cincinnati, where he taught for several years and was a faculty advisor to the Kappa Alpha Psi fraternity.

In 1966, Prince joined Brookhaven Lab as a nuclear scientist in a data evaluation management group part of a predecessor to the National Nuclear Data Center, a career milestone he referred to as his “big break” and “opportunity of a lifetime,” according to a 2018 obituary. His team worked on projects to create data evaluation models for safer nuclear reactors. During this time, Prince developed the accepted method for the analysis of deformed nuclei.

Prince contributed to the Evaluated Nuclear Data File, a nuclear reaction library that contains the results of experiments involving neutrons worldwide. These highly important codes are used in nuclear science and engineering, in particular, the design, operation, and decommissioning of nuclear reactors, said Alejandro Sonzogni, chair of Brookhaven’s Nuclear Science and Technology Department.

“Prince succeeded in his career and gave back to society,” said Sonzogni, who met with Prince at recruitment events over the years. “He was a true pioneer in science in a community that was not diverse, and he had to work a lot harder to prove his abilities. Generations of underrepresented groups owe a lot to him.”

Although Prince formally retired from his 27-year career at Brookhaven in 1993, he continued traveling to colleges and conferences to recruit minority engineers and scientists on behalf of the Lab.

He never forgot what he learned aboard the Santee and sought to pass it on: “I’m as good as anybody.”

“If I can make an impression like that in the life of one aspiring scientist, then I will have passed down a valuable life lesson,” Prince said in a 2005 interview for the Lab’s Bulletin.

At Brookhaven, Prince’s legacy of pushing for science opportunities for Black and other minority students lives on in today’s recruitment efforts, including a model collaboration with Howard University to increase hands-on research experiences for underrepresented minorities in science, technology, engineering, and math.

Last year, the African American Advancement Group (AAAG), a Brookhaven employee resource group, presented the inaugural Augustus "Gus" Prince Award in honor of his story of resilience, hard work, and triumph. The scholarship will be presented annually to exceptional graduate students of Black/African descent conducting research at Brookhaven in pursuit of a master’s degree or Ph.D.